Monday, 24 August 2009. This was a little bizarre... After leaving the House of the Virgin Mary and Ephesus we travelled to Camlik Steam Locomotive Museum. 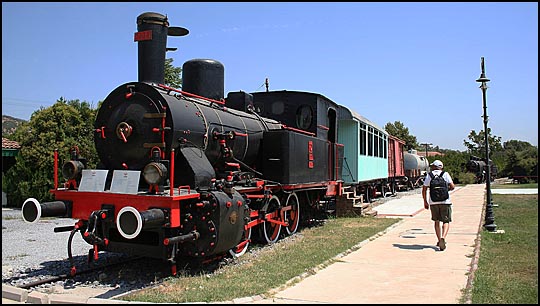 We had lunch here, in a huge dining room and sitting in groups of eight. The couple at the far end of our table announced they were from Poulton le Fylde! They were John and Sue, who we got to know more as the week went on. The meal was Turkish fayre and was very tasty. I really enjoyed it, though Fran wasn't in as adventurous a mood! 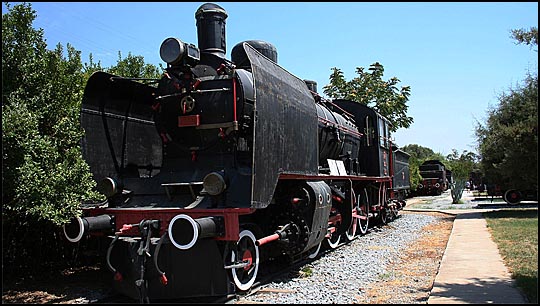 After the meal we had a short time to wander around the museum to look at the steam locomotives before carrying on in the coach to our next ancient site. Now, when you're on a day seeing things like the house where the Virgin Mary lived and Ephesus where two of the Apostles preached and the Temple of Artemis (still to come) which was one of the Seven Wonders of the Ancient World... it is just a little strange to have lunch in a train museum! 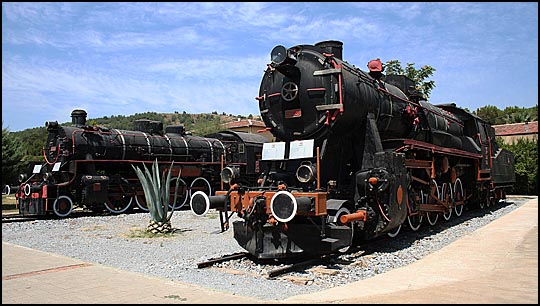 So we entered the gardens of the museum without any great expectations. How wrong could we be? This place was amazing! Almost strewn about the landscaped gardens were scores of steam locomotives. There were no guides, no attendants to say you couldn't prod, poke or explore... Just everywhere you looked there were huge locomotives, from England, France and Germany, many with strange wheel combinations: 2-10-0 ??? 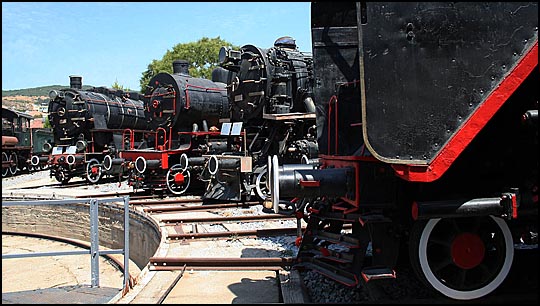 There was a turntable with locomotives surrounding it, there were short lengths of track with a complete train, there were trains just standing in the gravel, there was even a wild west type hand cart with see-saw action handle! There was nothing to stop you from entering carriages except from a lack of platforms. If there were steps you could get up and go in after making your own mind up whether the steps were safe or not. How refreshing not to have Nanny Britain making decisions for us! How delightful to know that had we fallen through stupidity we would have simply been told "Well it's your own stupid fault!". I hate this current culture we have where people can do the most stupid things and then sue someone else when they come to grief. 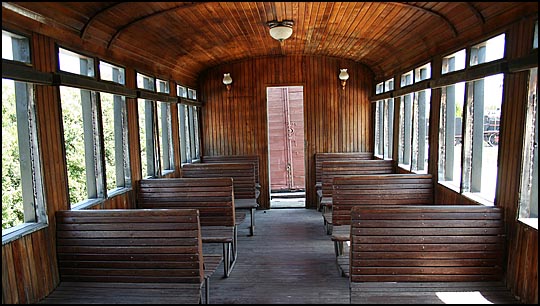 So I climbed into this carriage after examining and gently testing the footplate and step to get up and walked through, feeling my way before placing my full weight on the floorboards! 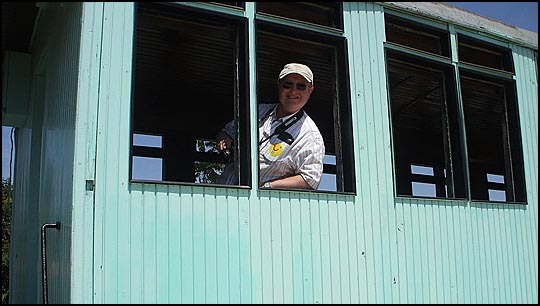 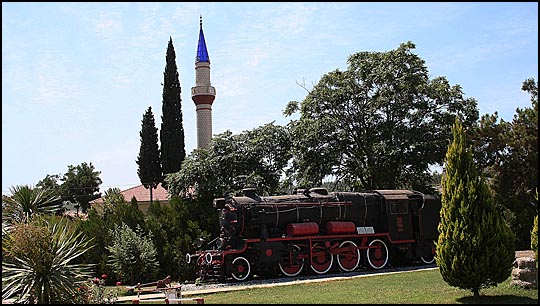 A mosque on the edge of the site suddenly crackled loudly with static and the tinny amplified sound of the call to prayer rang out - a strange tune to western ears and an ancient language that we could discern no words in. 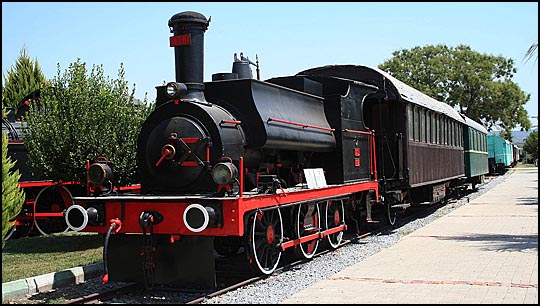 A locomotive with a rather unusual boiler shape! What a magical place this was. A short time of contrast with the really ancient and religious sights we had already seen and were about to move onto. 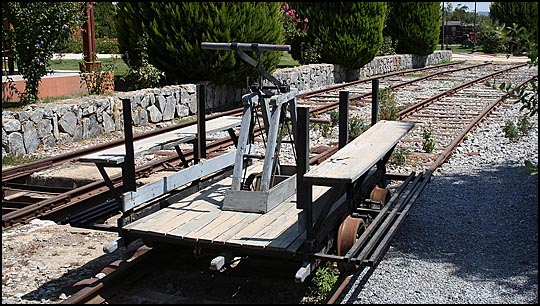 And Aaaaagh! What a temptation this was! The urge to get up on the hand cart and try a bit of experimental handle pumping was... I resisted... 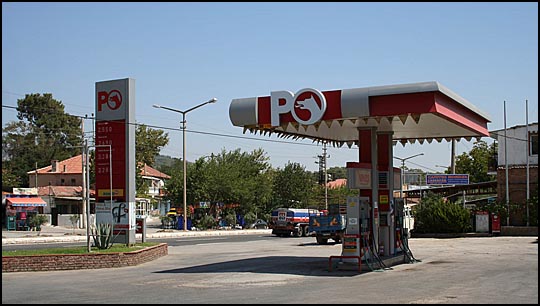 It was time to get back on the coach. We left the museum and had a brief look in a small but interesting pottery shop, then boarded the coach on the forecourt of a petrol station. But all these engines... standing in a garden... Bizarre! Wonderfully bizarre!

Pearls of The Aegean Cruise Index
Posted by John Burke at 11:02