The House of the Virgin Mary

Monday, 24 August 2009. The Thomson Celebration crosses the Aegean Sea to the port of Kusadasi in Turkey. We are booked on a full day excursion that promises to be one of the highlights of the week. 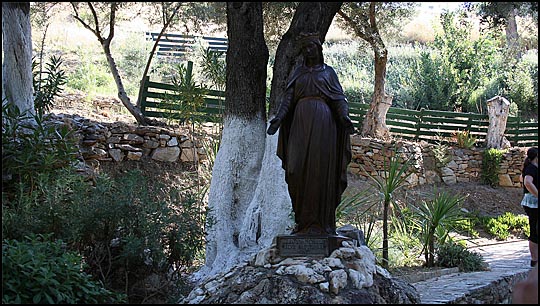 Just outside the ancient city of Ephesus in Turkey is a small chapel, venerated as the last home of Mary, mother of Jesus. On the approach we pass a statue of her. 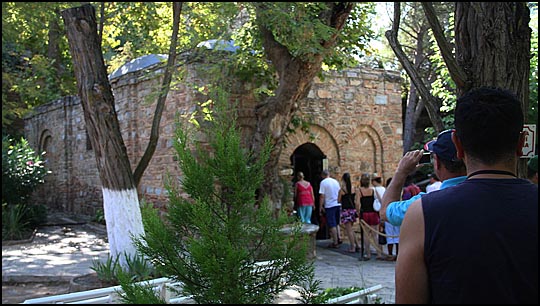 To understand the evidence for this being the place where the Virgin Mary lived, we need to go back in time a bit. Jesus, whilst on the Cross, entrusted the care of his mother to St John the Apostle. The tomb of St John is also in this region as are several stories of his activities here - we shall hear of more later. 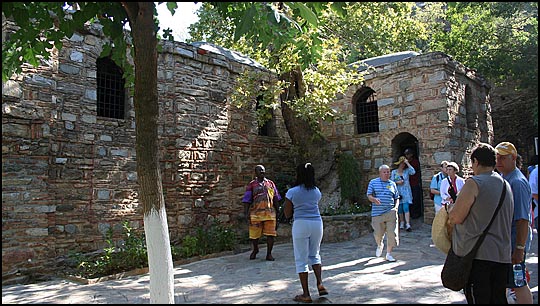 The first church to the Virgin Mary was also built in this region, at a time when church dedications were only made to those who had lived locally. In 1812 a German nun, Sister Anne Catherine Emmerich, who was an invalid and who had never travelled away from her home, had a vision of Mary's journey with John and of her home which she described in detail, her description being written down word for word by the writer Brentano. During the visions Catherine developed the marks of the stigmata - the 5 wounds of Christ. 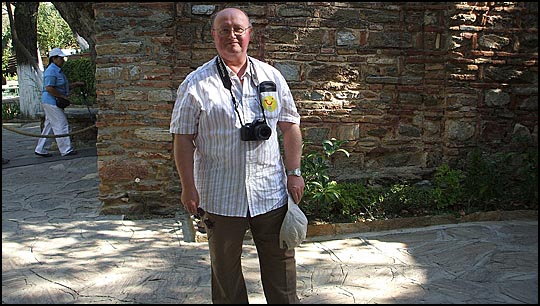 Years later a French clergyman read the account and travelled to Ephesus in search of the house and found this chapel, an exact match for the description. He wrote to Rome but there was not much of a response. In 1891 however more clergy and Catholic officials visited the site. From the following year it became a place of pilgrimage and was restored in 1897. The chapel is believed to have been built in the 6th or 7th century but on foundations of the 1st century, which are still visible and marked with a red line. The site has been visited by Popes Paul VI, John Paul II and Pope Benedict XVI celebrated mass there. 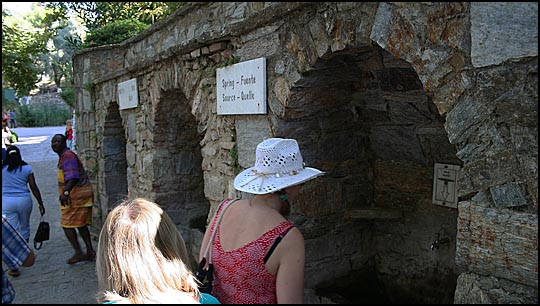 The spring that runs under the house (also included in Catherine's visions) is accessible today through three openings, said to give health, love and wealth. I suspect they may bring more spiritual wealth than monetary... Once fed directly into a basin from a spring on the hillside, this now feeds taps so as not to allow the water to stand and stagnate. 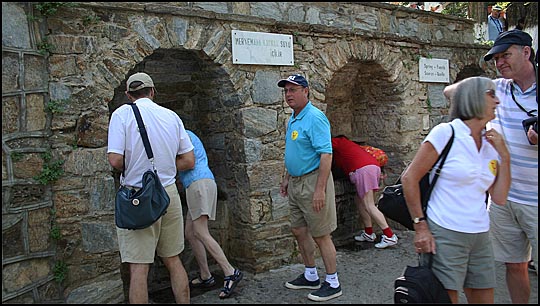 I was a little surprised actually because even had the place not actually been the home of Mary, it has been a place of worship and veneration for many centuries - the locals have always believed it to be the home of Mary throughout history - but I couldn't sense any atmosphere or anything. Even inside the chapel, where silence was asked (though not always observed) I didn't sense any special calm or power or anything. It was, perhaps, more like Westminster Abbey has become: more a place for tourists than serious pilgrims... 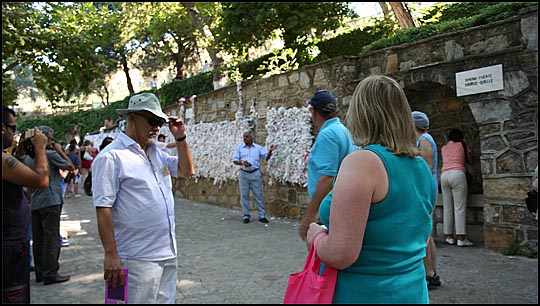 Genghis is seen here with Fran at the wells and in the background is a prayer wall, running off into the distance. Two armed Turkish soldiers were standing, fairly relaxed and willing to chat, via our guide, Ghengis. I'm not sure why they were there. "In case of terrorism" was Ghengis's explanation but, sorry lads, you'd be the first to go... 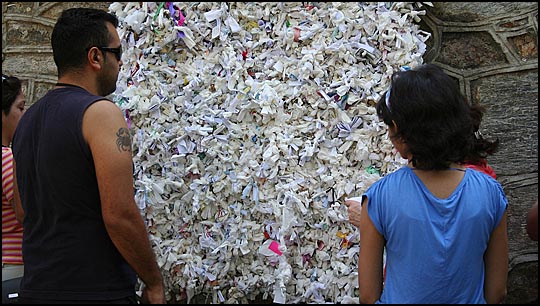 The wall is covered in ribbons (mainly folded tissues) tied there, each one representing a prayer left by someone. There are many many thousands. 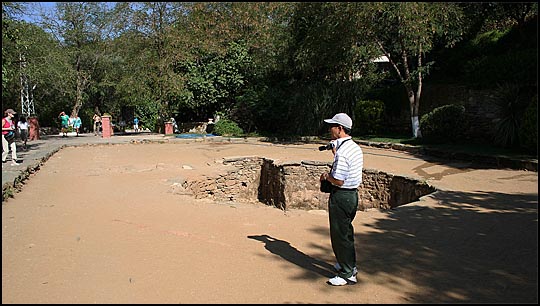 We walk back towards the coach past a large cistern dug into the ground. The hole in the floor was the remains of a fountain, filled with water. The size of it suggests that a sizeable community once was here. 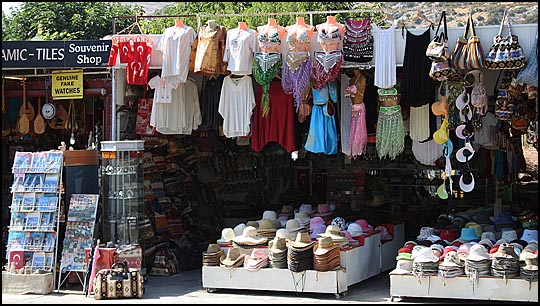 The coach drives just a few miles to the next place on our itinerary. A collection of souvenir stalls are at the bottom of the hill opposite the entrance to our destination. One sign said "Genuine fake watches"... In the next article we will be visiting one of the most famous of all ancient cities: Ephesus.

Pearls of The Aegean Cruise Index
Posted by John Burke at 07:38