This weekend there's a craft fair on in Blackpool Winter Gardens. I spent yesterday afternoon helping out on the stall where Miss Franny and daughter Gill sell their handmade jewellery and cloth bags, aprons and so on whilst next to them Miss Jeannie sells her hand-made greetings cards. Both Miss Jeannie and Gill were unavoidably absent yesterday which explains my attendance. But this morning I was free to wander round the other stalls. And thus I ended up spending money. 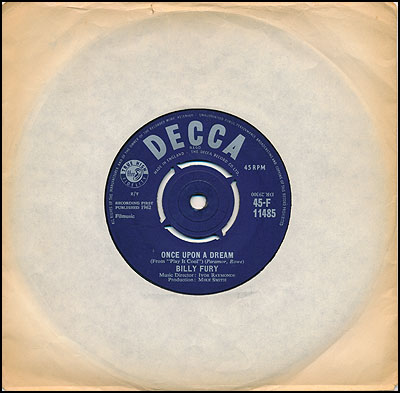 Now this stall had loads of boxes of old 45s. Not only that, but they all looked in good condition. You can look at a 78 rpm record and know how likely it is to play or jump and the odd scratch doesn't necessarily cause great offence. But with 45s I've come to realise that even the ones that look pristine can jump because the grooves are so close together it's impossible to see some damage with the naked eye. But I took the chance. At seven records for a fiver you can't go all that wrong... This is Billy Fury's 13th Top 40 hit and his sixth Top Ten hit. Once Upon A Dream entered the charts in July 1962 and reached No.7, spending a total of 13 weeks in the charts. Sadly this one was in a plain white sleeve rather than Decca's orange with diagonal stripes. 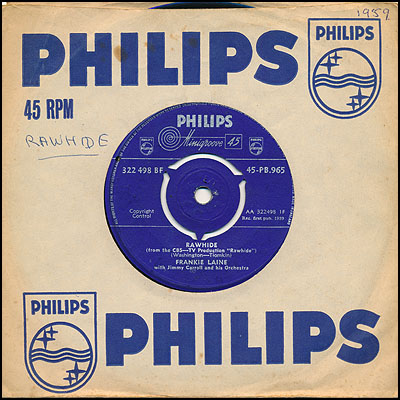 Regardless that it may be "before your time" most people will have heard this one. Rawhide sung by Frankie Laine was the theme tune to the TV western series that featured a young Clint Eastwood as the character Rowdy Yates. It entered the charts in November 1959, the 30th and 31st (it re-entered after dropping out of the charts) of 32 chart entries for Frankie. So whilst it came towards the end of his career it got to No.6 and became the song he's probably best known for. Probably more people can remember this record than can remember that he had four No.1 hits with: I Believe in 1953 (the song reached No.2 eleven years later for The Bachelors); Hey Joe, also 1953 (sadly not the same song Jimi Hendrix had a hit with); Answer Me which entered the charts only a fortnight after Hey Joe (Nat "King" Cole also recorded it but never had a hit with it. A lot of people would recognise that version though). His final No.1 hit was A Woman In Love in 1956 (sadly not the same song that Barbra Streisand topped the charts with in 1980 - a shame as it would have been quite hilarious to hear Frankie belt out "I am a....") 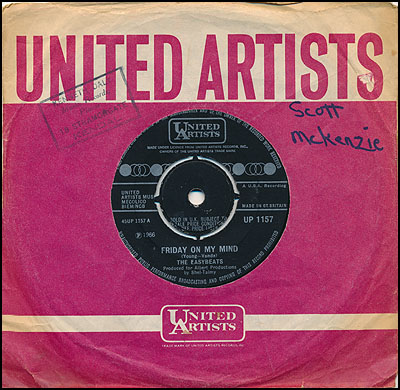 Friday On My Mind is one of the 1960s' great ear worms of a song. It reached No.6 as a debut hit for The Easybeats who only charted one more time. Their follow up hit reached No.20 and was called Hello How Are You. No... me neither... 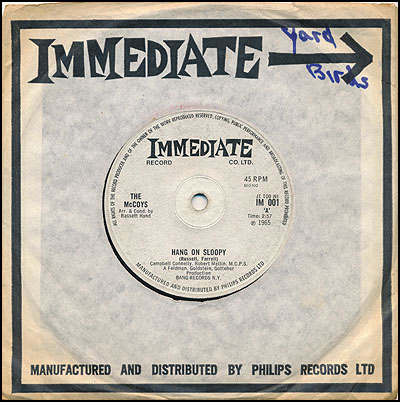 The McCoys were a similar case really. Hang On Sloopy got to No.5 after entering the charts week ending 2 September 1965 and almost anyone who was buying records at the time could accurately sing the chorus line. Their only other hit came three months later, a cover of Fever which only managed No.44. 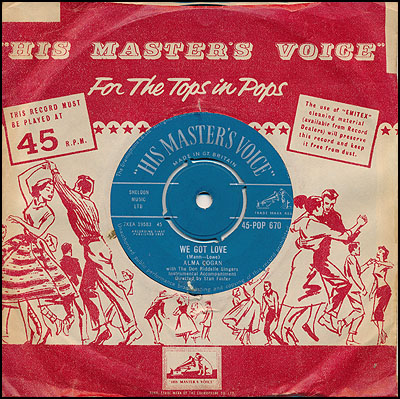 We Got Love was one of Alma Cogan's later hits, just failing to get into the Top Twenty. It entered the charts week ending 18 December 1959 thus being in competition with any Christmas records at the time, though the Christmas No.1 spot was shared (this was the last time this happened to a No.1 slot) by two records sharing the same first few words - What Do You Want by Adam Faith and What Do You Want To Make Those Eyes At Me For by Emile Ford and The Checkmates. 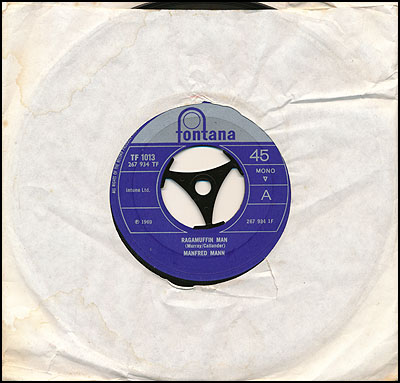 Ragamuffin Man brought the run of hits of 1960s band Manfred Mann to a close. It reached No.8 in 1969, their last hit before - as Manfred Mann's Earthband - they started another (but shorter) run of hits in the 1970s. In the 1960s they had 17 hits, only four of which failed to hit the Top Ten and of those four, two of them stopped inconveniently at No.11. They had three No.1s and the other two that failed to reach the Top Ten both reached the same spot - No.36. 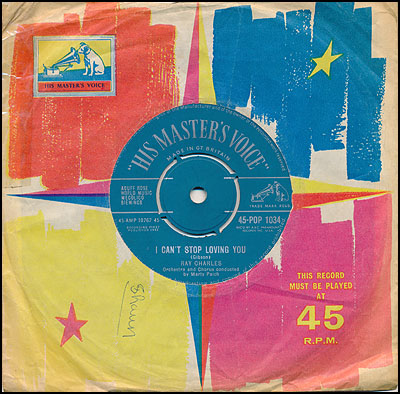 Ray Charles' only No.1 was I Can't Stop Loving You. I dismissed it as music for older people at age 8 when it came out in 1962 but now - as a member of the older people demographic - I love it...

Saturday 8 October 2016. This last weekend we played for a charity event in Charnock Richard - the village in Lancashire, not the nearby motorway services... 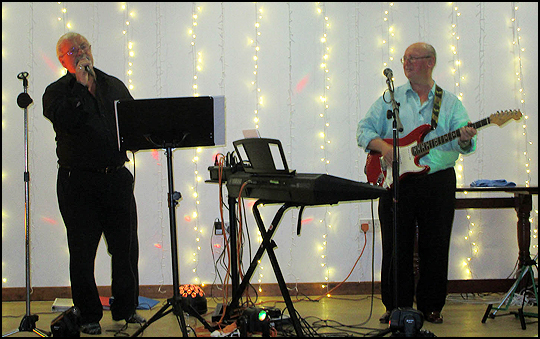 We were at the Football Club playing for one of Jack Gerrard's events. He's the man behind the Chorley steam fairs and all monies were going to Rainbow House. 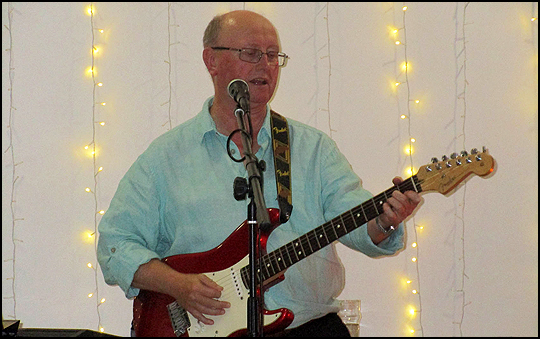 We played to a fairly packed house and what a great crowd they were, singing along and loads of enthusiastic applause. We took another four bookings on the night, so we must have done something right!