An Email from Tony Blair 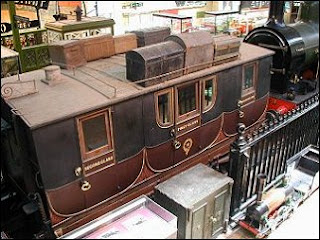 I was one of the million plus who got an email from our Tone the other day because I'd signed the online petition against road tolls.

Tone didn't actually say he'd take any notice of the petition - he said more about things like "We must do something to ease congestion"... Agreed. Public transport was one of the options. Agreed again - get it sorted out! At the moment it is far more expensive to take a train than it is for a single person to take a fleet of Rolls Royces. We have crazy situations where trains that are consistantly overcrowded cause railway managers to comment that the fares must be too cheap. I'd have thought in my naive way that it was because they either didn't use enough carriages or put on enough trains myself, but it just goes to show how wrong I can be!

Of course it's a dangerous thing to point out to politicians that it's cheaper to travel by car than by train because they rub their hands in glee and take it as an excuse to put the cost of motoring up. Whereas what's needed is the cost of rail travel - particularly at rush hour and other busy times - to come down so more will use it. Ah, but of course, we make those times more expensive and therefore less attractive to commuters...

A friend was on a train from London the other week and a young foreign girl got on. She had a ticket to travel so imagine her surprise when the train conductor demanded another £100 from her because she was on a train that left London during peak times. Actually she wasn't so much surprised as downright shocked, upset, in floods of tears. As anyone might be who thought they had paid for something legitimately only for an official to suddenly demand a huge amount of money out of the blue.

Very few people live within walking distance of work these days. We rely on being able to travel every day and many of us travel quite long distances. Putting up the cost of road travel causes the cost of almost everything to go up because goods have to be gotten from A to B.

I've found most people, even strong Conservatives, think the railways and Power services should be re-Nationalised. The current rail system where there are so many companies involved in charging fees for a train traveling through their region, on their rails, etc. etc., it's probably as much an administrative nightmare as it would be as a public body and there's umpteen lots of profit being charged as well.

It's Wednesday, It Must Be Nottingham... 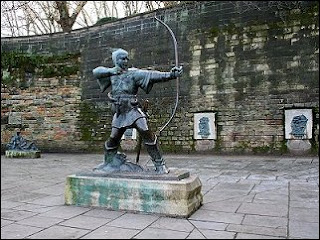 So if I got lost in Leeds then how did I find Nottingham? Easy - it's the home of Robin Hood so just follow the arrows...!

Truth to tell there are two Premier Travel Inns labelled "City Centre" here but I did manage to find it fairly easy (only one U-turn). Apparently the X-Factor tour is here tonight so the waiter told me as I finished my meal so there's a fair number of visitors in Nottingham.

I thought Leona Lewis really deserved to win this year, she has a superb voice and a copy of her single was on my Christmas wish list last December! It will be interesting to see if Simon Cowell gives her a decent bit of publicity - he's not exactly done the last two winners proud... I've heard Shane Ward mentioned only a couple of times since his first single.

So tomorrow is another Change Management Workshop. The Leeds one was a success, though the delegates were unusually quiet - not necessarily a bad thing and perhaps caused by a fair number being from the same institution. I seemed to race through the morning's material but that gave more time to sort them into groups to prepare for the afternoon practical session. The feedback was excellent (thank you!) so as I said - not necessarily a bad thing! Thanks also to Marianne who managed all the installation of the simulation software whilst I delivered the presentation in the morning session. Tomorrow I'm back with Clive, who even now is driving up from Great Yarmouth where he's been breakdancing on the end of the pier in the light of the local lighthouse... dance a bit, the light moves on, take a break, the light comes back, dance a bit, the light moves on...
Posted by John Burke at 19:35 No comments: 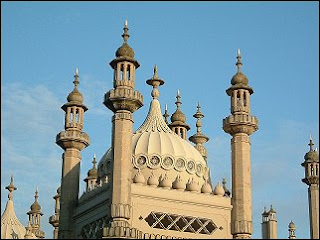 Well it wasn't entirely my fault... Searching for a Premier Travel Inn when they have three along the same road (A58) is a bit confusing! Still, third time lucky!

The second one was murder to get to as well. The chap at the first said "Get back on the M621, you'll see it from the Motorway. Yes indeed you do... but try getting to it! Anyway, that was the wrong one too! I'm here now in my standard room which could be Leeds or London or Edinburgh or... But I don't mind that they all look the same. It means I know what to expect and I can work the heating!

There's a little smiley face on the side of the TV and a label that says "I've passed". Good for you - I think I will too... TVs in hotels always annoy the person in the next room and anyway I am ready to start the tenth volume of Robert Jordan's "Wheel of Time" series. Excellent stuff, though they get harder to follow all the multiple threads after a while and remembering who everyone is can be a bit of a bugger...

I'm running a Change Management workshop at the university tomorrow for people from the Yorks/Humber region's colleges and universities. Then it's home for a night and then do the same in Nottingham on Thursday. This series of workshops has been very well received so far and they have all been full with repeat bookings in a few regions.

I try to upload a new photo to my Flickr page every day. (This doesn't exist any more) Today's is a rooftop shot of Brighton's Royal Pavilion. It's from last year or the year before - I wasn't that lost...
Posted by John Burke at 21:22 No comments: 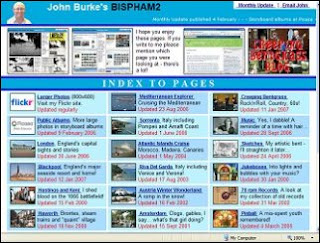 Well after trying MySpace for a while I decided that I was going to keep that for work-related stuff and following the success of the blog I created for the band, Creeping Bentgrass, I decided just to start a personal blog here.

You can find out a bit more about me by visiting my web site (pictured) which has pages devoted to lots of different holiday trips, plus pages about my home town of Blackpool, the city of London, a couple of pages for those who still enjoy listening to records at 78rpm and if nostalgia is your thing then I've got a number of pages of nostalgia too!

All websites listed above are no longer available and content is being recreated on this blog.