Last Saturday we played for one of our own. Miss Jeannie's mum, Joan, was 90 years old and we gathered family and friends together at our favourite Blackpool venue, Coast Riders under the care and catering of our good friends Pete and Janet. 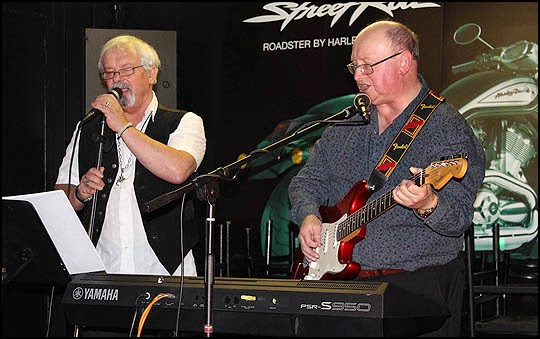 There was a fabulous buffet laid on and I have to mention the Southport bikers' club members who turned up with a huge bouquet of flowers for Joan. She didn't seem to want to take up the offer of a ride on the back of a motorbike, but I'd swear it was declined with a twinkle in her eye...! 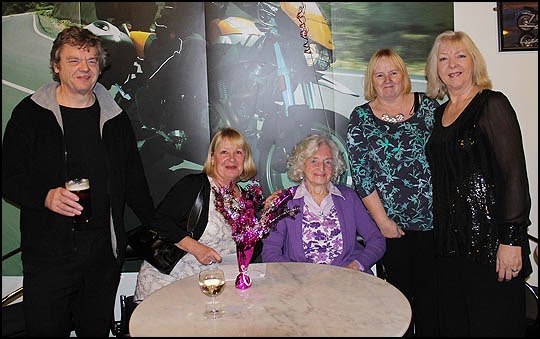 Here's the birthday girl with Peter and Miss Jeannie, her son and daughter on the two sides and Elaine, her son-in-law's sister and Miss Franny adding their congratulations. 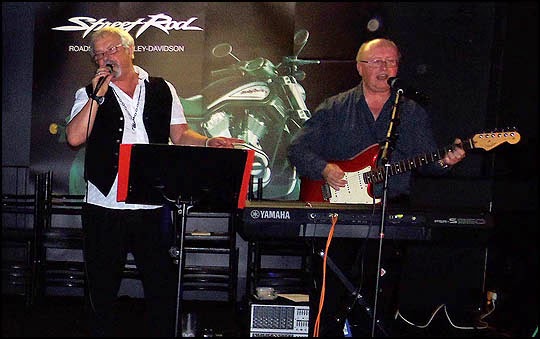 We tried out a couple of the new songs, knowing we were amongst friends, but "Happy Together", "Keep On Running" and "I Like It" sounded so right that I'm sure audiences in 2015 will get a chance to hear them! 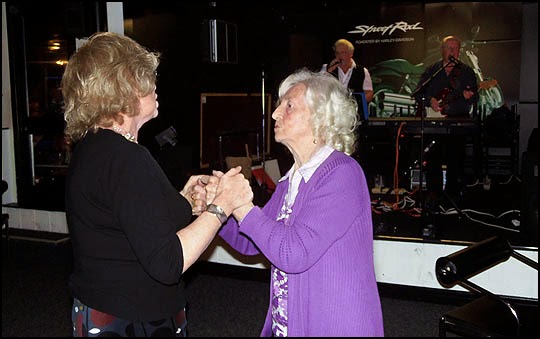 And just in case you think that at the grand age of ninety the birthday girl would stay off the dance floor - think again!

On Saturday we drove over to Leeds as we were booked (since last February!) to see Andre Rieu and the Johann Strauss Orchestra perform at the Leeds Arena. 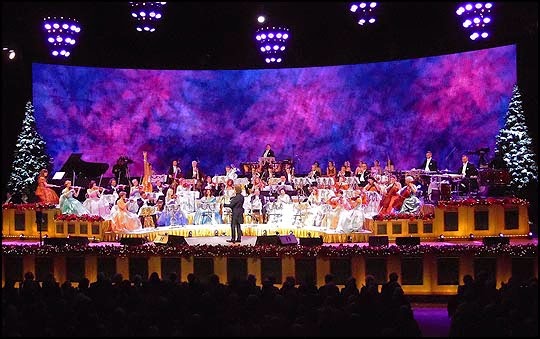 I was wondering who would be performing as soloist this year - Carla Maffioletti had left to work in opera. I was hoping, but no, Carmen Monarcha was sadly absent. 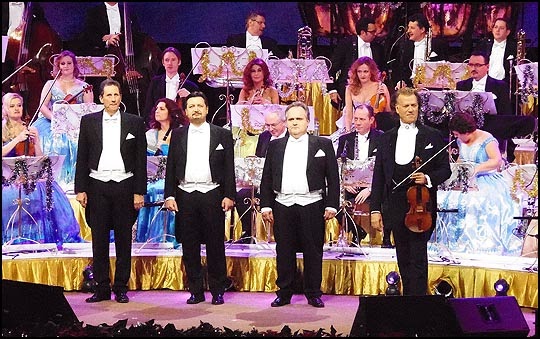 The Platin Tenors, Gary, Bela and Thomas were there though - unthinkable not to have them really! 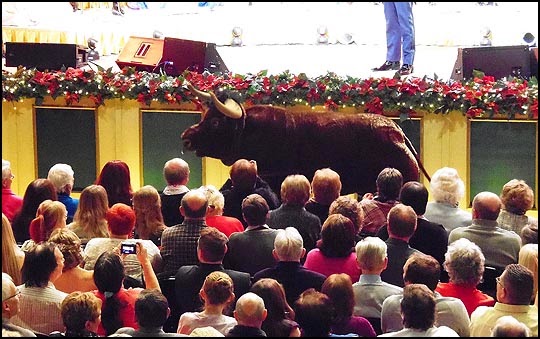 Before the show started we saw a rather familiar face in a red dress take her place in the audience and sure enough the dramatic music of Espana Cani signals the arrival of a pantomime bull which subsequently chases her out of the arena! There's a fabulous postscript to this bit of comedy that I have never seen featured in Andre's videos. I shan't give the game away but it was very very funny! 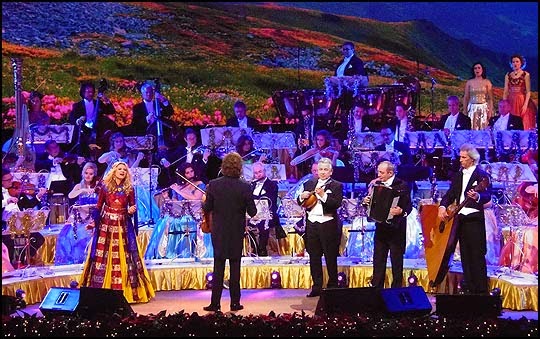 With neither Carla nor Carmen on the bill, one of the soloist parts was filled by Anna Reker, usually to be found in the small line of the choir at the rear of the stage. Anna, originally from Ukraine, was joined on stage by the Trio St Petersburg and sang a rousing version of the Russian folk song that we are more familiar with in this country as Mary Hopkin's Those Were The Days. This had everyone singing or at least "La-laa-ing" to and she received a huge round of applause for it. The Trio St Petersburg were back a little later with their breakneck speed playing of Zorba The Greek. 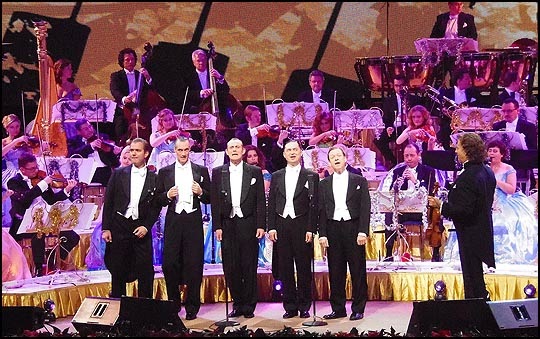 Familiar again from some of the videos we've seen, the Berlin Comedian Harmonists came on. This close harmony group have some fabulous voices and I like the touches of humour again and the rollicking final song with the ladies of the choir miming the rowing of boats at the rear! 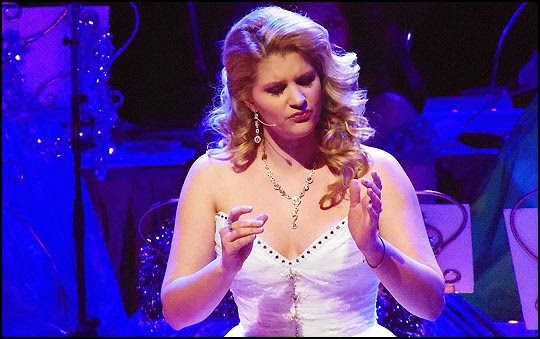 Mirusia Louwerse was the most familiar of the female soloists and got a great reception from the audience. 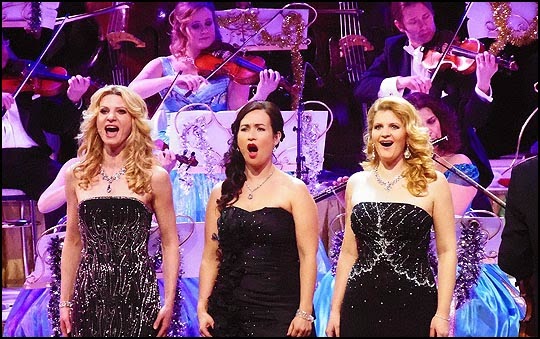 Laura Engel, the Dutch-Chilean soprano, made up the third of the female soloists for the concert. She gave us a good performance of Besame Mucho early on in the evening.

We found ourselves sitting under the snow machine. So by the time the Christmas tunes had finished playing we were covered in the stuff! Everybody around us seemed to be throwing handfuls over each other, so we joined in! It doesn't half stick to you... Even having done our best before coats went on at the end, we got back to our hotel room after the show and soon the floor looked a mess! We tidied up as best we could... A brilliant night, I'll be waiting for next year's tickets to go on sale!