The Only True Original Postcard

Well... of this particular view anyway.

Back in April of last year I illustrated an article with a couple of postcards of Blackpool illuminations both of which had been based on the same photo. This photograph in fact...

After seeing the other two versions of this it was great to unexpectedly see the original daytime photograph on the Blackpool's Past Facebook page.

After I commented on the post, the owner of the postcard contacted me and very kindly offered to post it to me. It arrived today and I would like to express my thanks to Geoff Pope for his generosity and for allowing me to update my blog readers with this fabulous view of old Blackpool.

Guitars Through The Years

A new guitar made its way into my possession recently after much drooling and looking pleadingly at Miss Franny. So when I popped a couple of photos onto Flickr and Facebook someone asked me how many guitars I'd had and what was the first. 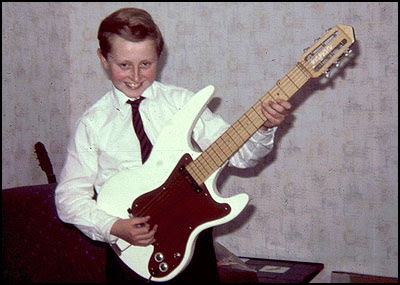 Ah... embarrassing... The twelve-year-old me in 1966 with a guitar that my Dad made from scratch. The frets were OO gauge model railway lines. The measurements were all taken from an old acoustic guitar and the cable plugged into the guitar with a TV aerial co-axial socket. But it worked! 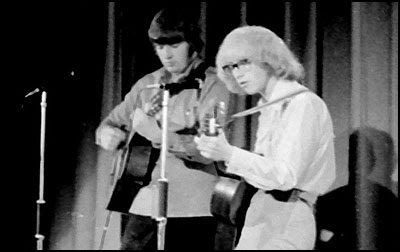 Four years later and I was still using the acoustic guitar. It needed a 2p piece to keep the bridge from falling out, but it came with me on those first gigs!

I don't have any photos of the next guitar which was a Commodore electric guitar. 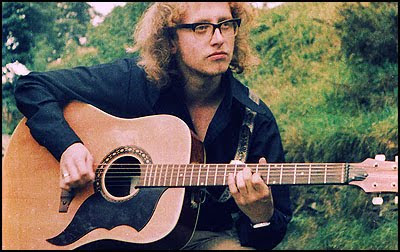 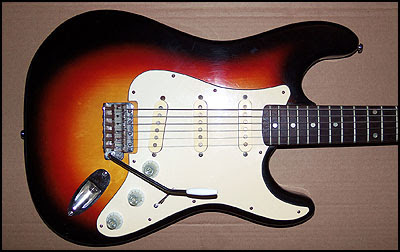 I kept the 6-string but in 1973 I traded the 12-string for a second hand Sumbro Stratocaster copy. I had no FX pedals so playing it was disappointing, but I still have it and it has appeared on stage with Creeping Bentgrass a few times when I've been feeling nostalgic. Every time I vow not to feel nostalgic again... 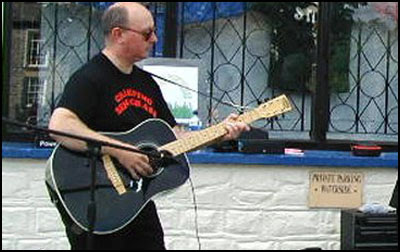 I can't remember when I sold the 6-string, but much later I bought another acoustic which featured on very early Creeping Bentgrass gigs when we were a 4-piece and playing mainly folk songs. 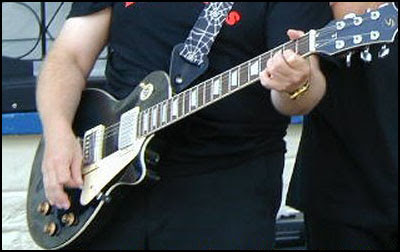 It was joined by a Les Paul copy which was beautiful but the wide neck caused RSI and I had to go back to the Sumbro for electric stuff. 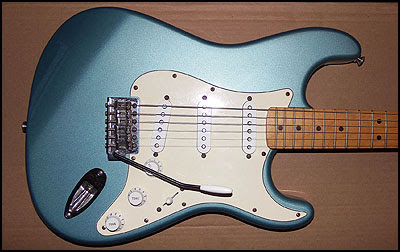 Even having the warped neck of the guitar straightened didn't endear it to me so in 2002 I bought the ice blue Fender Strat. Oh, did it feel good! 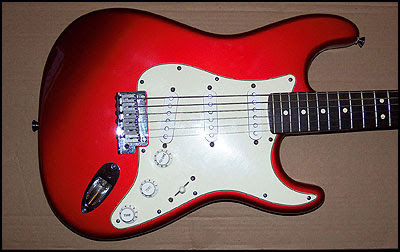 And so I had to have a back up didn't I? In the early Creeping Bentgrass days I was a bit heavy handed and used to bust the occasional string. Re-stringing a Strat on stage took too long so a backup meant I could just swap guitars. This was an American Standard Strat and became my main instrument. 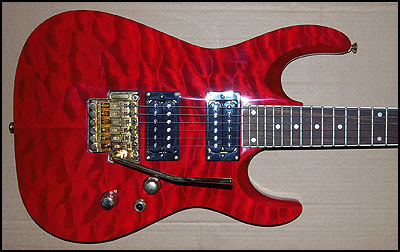 This was a whim and a bad one... It looks great and sounds ok but for a buzzing fret. A much used fret... Which makes it unusable. It would repair but I can't be bothered. 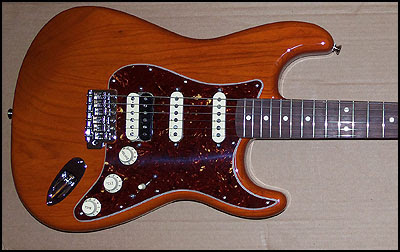 And then just before Christmas I saw this Fender Special Edition Stratocaster which started the drooling process mentioned above! Miss Franny got fed up with me after a while and said (rather crossly I thought...) "Oh just buy it!"

You know, I was going to think about it, but somehow it just arrived...

(Miss Franny at this point has pointed out that she was sweetness and light itself and that this is a dreadful and unwarranted slur. I am happy to publish this unreserved apology and have come to a mutual agreement for damages which she will fritter away on something nowhere near as exciting as musical instrumentation. Er... to me, that is...)

As Featured on the Magic Eye

I feel a bit like Woody in Toy Story. Strange things keep happening to me. Once news got out that there was a book about Blackpool in the offing I started to get more than the usual trickle of emails. 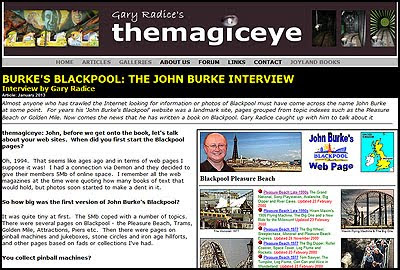 And now an interview! It is featured on Gary Radice's The Magic Eye website, making both the book and this website eligible to be described in terms of "as featured on"...

The website is hosted by Joyland Books, who are stocking the book (and at a decent discount I might add).

I found a few old photos from my now defunct Blackpool website which is also featured in the interview. I won't replicate them here, but here's a complimentary one from the 70s that I've been rescanning for a new project - of which, more later! 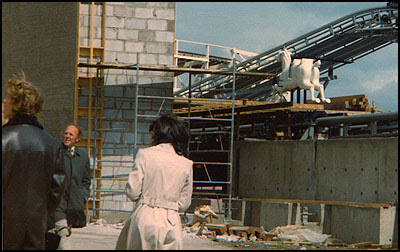 It shows the Pleasure Beach's Steeplechase ride under construction in 1977.