I think I mentioned a while ago that I was planning to retire at the end of March and here it is. Already! 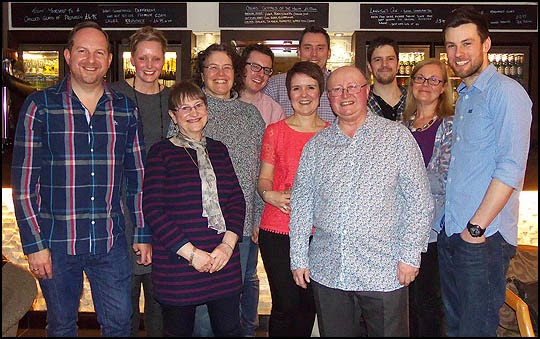 On 17 March I attended my last Planning Meeting with Jisc infoNet and the team gathered at the Castle Green hotel in Kendal for the event, which included a bit of a marathon presentation to me... 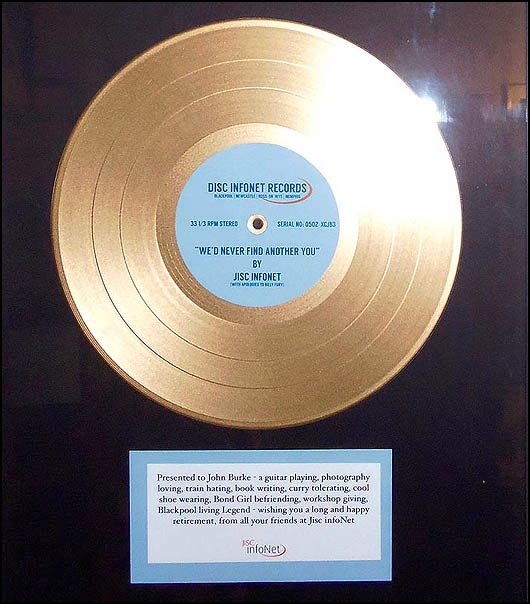 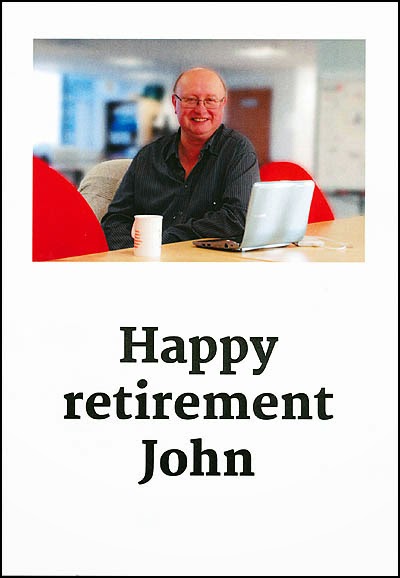 The above image is the cover of a little booklet containing photos and messages from colleagues not only from infoNet but from lots of colleagues at partner services which was really nice and quite humbling. I'm glad I didn't read it on the spot - I'd have been going all emotional!

On Wednesday this week I went over to Newcastle to hand in my work phone etc and had a last lunch with the team, this time without Steve, but with Kath who hadn't been able to get over to Kendal. Then a sad farewell and I drove home, slightly thankful for the heavy sleet which made me concentrate on the driving. 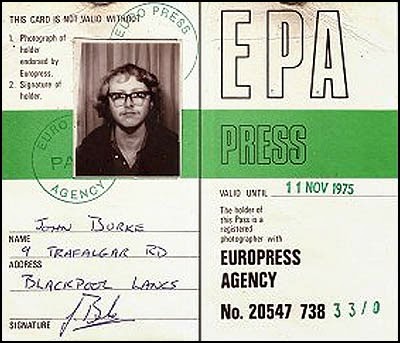 My career started as a self-employed photographer with a list of publications in magazines such as "She", "Weekend", "The National Enquirer" and many more, followed by a spell in a family owned department store that I think the TV programme Are You Being Served was based on... I started working in Education in 1984 before moving to Further Education at Fleetwood Nautical College in 1985, Blackpool College, Preston College, Myerscough College and finally joining Jisc infoNet and the University of Northumbria in 2003. 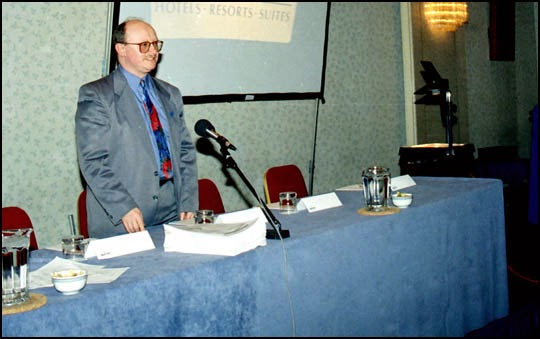 At Preston College from the early 1990s I started to get involved at a national level, helping start and run the National CMIS Board, The National Information and Learning Technologies Association (NILTA) for which I was a Director, Deputy CIS Operations Committee Chair and North West Representative, and as a member of one or two working groups for the Further Education Funding Council. In 1999 I was awarded a national award for "outstanding contribution to the development of College Information Systems in Further Education in the UK".

In 2002 I was involved for Myerscough College in a joint bid to run a new JISC service covering information systems in both Further and Higher Education. This would be hosted by the University of Northumbria and was provisionally to be called SysInfoNet. The consortium won the bidding process and the new service, now named JISC infoNet, came into being and I joined them as a full time employee. Before long I found myself teaching university and college managers things like Project Management, Change Management, Process Review, Strategy, Risk Management and more. 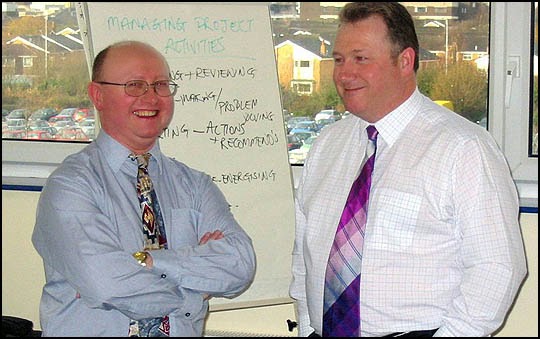 I've had the opportunity to lead workshops in universities across the UK, including Cambridge, Edinburgh, Glasgow, Stirling, Belfast, Cardiff, Swansea, Royal Holloway, LSE, Lincoln, Brighton, Manchester, Newcastle and a host of others and at Further Education Colleges in most counties as well as speaking at conferences both in the UK and elsewhere in Europe. 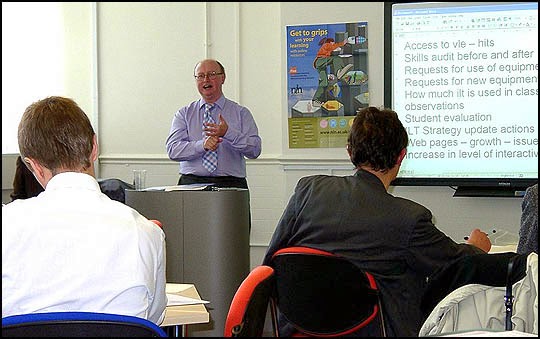 As news of my pending retirement became known I've been amazed at messages referring to work I'd almost forgotten. Thank you all. It has been wonderful working with such dedicated colleagues over the years. I'll still be doing the odd workshop for a bit, but I know that even though there are all sorts of plans for new directions, books, gigs with the band, etc - I am going to miss you all!

Return to Family Memories Index Page
Posted by John Burke at 13:05 No comments:

An Hour In Ambleside

I know I went quiet for a bit there! But a lot was going on in March, so here's the first of a few articles to let you know what was happening. 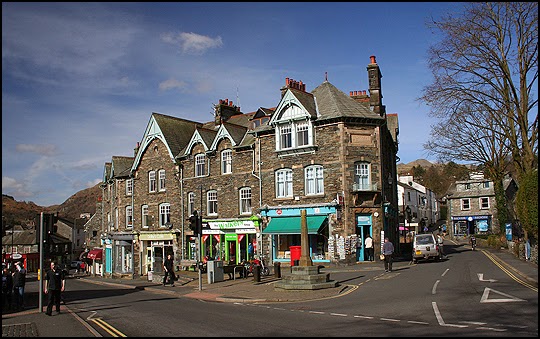 We'll start with the second week in March which saw us heading up into the Lake District for a day with Gill and Grace to celebrate Fran's birthday. We stopped off for a quick coffee at Lakeland in Windermere before heading up the side of the lake to Ambleside. 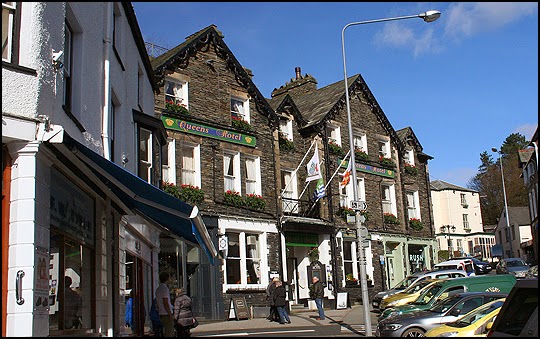 The weather was being very kind for March - not warm, but very sunny. We left the pram in the car and Grace walked, stepping out very proudly with Mum holding onto her reins for safety. She must have been exhausted with all the walking we did but I only had to pick her up once when she decided it had just got too much as we were about to cross the road. The cars stopped, the green man lit up and Grace sat down... 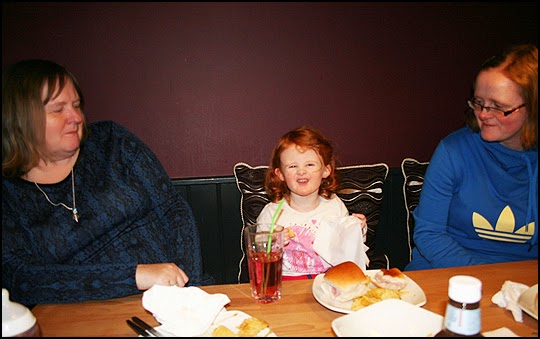 So we went into the Apple Pie Bakery for some lunch and a rest and the prospect of a proper glass with a straw had her wide awake and ready for something to munch. I had a sausage and egg on a brown barm and I'll be back for another as soon as I can! Absolutely yummy!

The Apple Pie Bakery is the first shop you come to walking into town once past Ambleside's most famous sight... 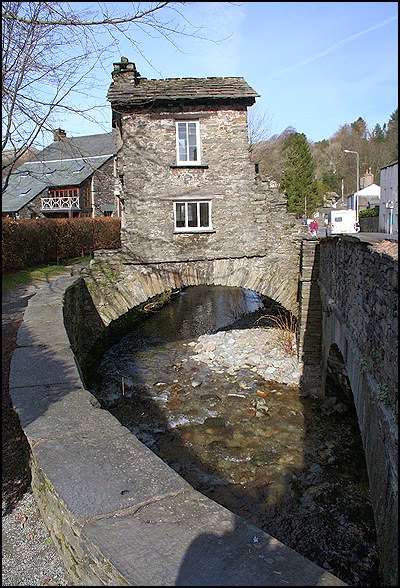 ...which is The Bridge House, a tiny two storey building built over the River Stock. Fran went to look round the pottery shop and came back with another little cottage to add to the sprawling conurbation that her collection has grown into. Happy Birthday Miss Franny!

Return to Lake District and Cumbria Index
Posted by John Burke at 15:05 No comments:

A bit of an assortment again for this entry. I've been going through a few of my old web pages from the Freeserve days, long before the blog started. Over the years 2002-2004 I featured the following items. 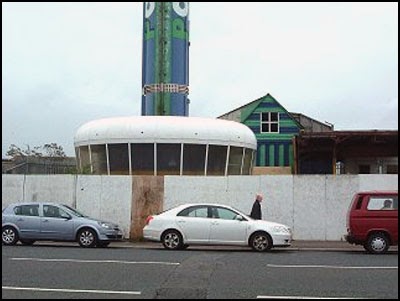 The first one is the old Space Tower from Blackpool Pleasure Beach. It had ended its days in Morecambe at the short-lived incarnation of Morecambe Pleasure Beach as Frontierland.

Frontierland was a mid-1980s attempt to "theme" the park as a wild west town. We may not be as grim up north as the jokes make out, but the average worker does in fact feel just a little self-concious I expect, wearing western garb and yelling "Yeehaw!" every now and then. As I remember, they didn't smile or enter into the spirit of the thing as much as their Disney counterparts over in Florida might have done. Frontierland closed down in 1999 although a few portable rides remained in use for a further year. 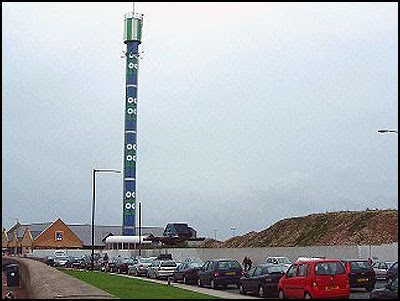 By the end of 2000 only the Polo Tower and the Log Flume remained. These photos were taken in 2004 and the Polo Tower remained only because it was in use as a telephone mast. It was to remain a while longer as the contract was in force until 2013. 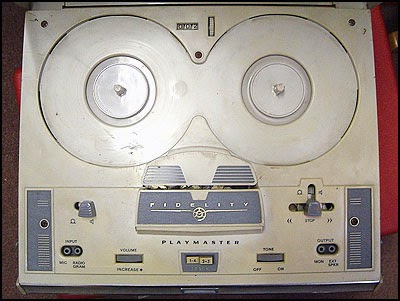 A 1960s Fidelity tape recorder taking seven inch reels of a quarter inch wide magnetic tape and recording at a speed of three and three quarter inches of tape per second. This is a four-track machine. That means that a bit of sound quality was sacrificed in order to record along the tape twice in each direction. Imagine four stripes along the tape - stripe 1 along one edge of the tape is recorded on as the tape passes from its own spool to the spare. Then the spools are turned over and the now full spare spool is transferred to the left hand spindle. On the next pass, stripe 4 on the other edge of the tape now occupies the same position as stripe one had done. 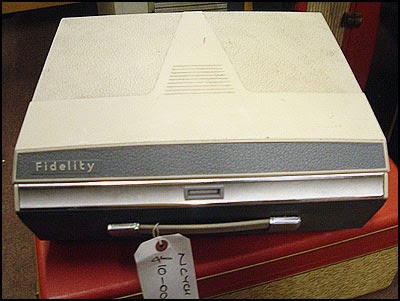 Next the Track 2-3 switch at the bottom centre of the tape deck is depressed and the two middle tracks can be recorded on over the next two passes. On some models both stripes 1 and 3 could be recorded on during the same pass, allowing a stereo signal to be recorded. On turning the tape over the next pass would record on stripes 4 and 2. On this machine that wasn't possible but you could record twice the amount of music on a tape.

I used to have a similar Fidelity Playmaster but it was only a twin track machine - one stripe being recorded in each direction. No stereo and no push button 1-4 and 2-3 buttons in the middle. In fact the space taken by those buttons on the machine shown held a magic-eye light which acted like a sound level meter when recording. 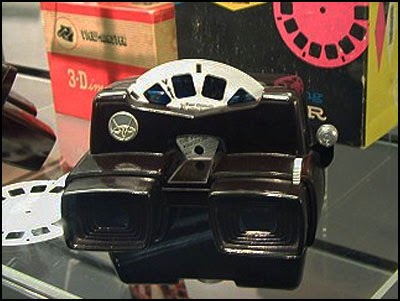 I'm sure many of you will recognise this little optical piece of equipment. It's a View-Master - it was used for viewing a stereo (see the clever link with the previous item? What? Oh, yes the Polo thing was just a red herring...) Ahem! It was used for viewing a stereo pair of images to give the illusion of a picture in 3D, 3 dimensions with a feeling of depth. They were really popular in the 1950s and very early 1960s which is when this bakelite version dates from. Later they were plastic and bright red and the View-Master reels you could buy changed from photos of the world to naff subjects like Scooby Doo and other cartoon figures.

In other words, they changed from being aimed at adults to being a child's toy. In the mid 1960s I had quite a collection of reels showing scenes of the Bernese Oberland in Switzerland and a set that showed the Seven Wonders of the Ancient World. 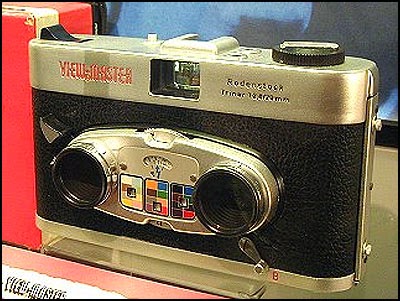 What I always wanted in my early teens - but never actually managed to get - was a View-Master stereo camera which let you take your own 3D photos. Taking 3D photos is not hard. You can do it with a normal camera just by taking a photo, moving the camera six inches to one side and taking another - providing the subject does not move in the meantime... The hard bit is in viewing them so that one eye only sees one of the photos and the other eye only sees the other. They have to be lined up just so. It is possible for the eyes to actually move apart a bit too much - which is why watching 3D films in the days of green and red glasses made your eyes so tired. All my View-Master reels got thrown away long ago in some great Mum-induced tidy-up. Shame...