The slides are still going through the scanner slowly but surely. But still as mixed up as ever! So today's offering is a mixed one again! 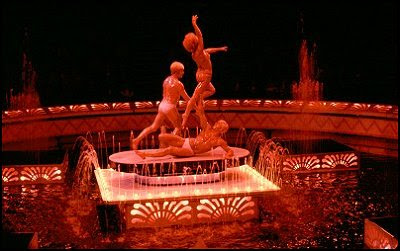 Starting off with a visit to Blackpool Tower Circus sometime around 1979/1980. I'm not quite sure of the year. The photo is of an acrobatic troup who had the spot right at the end of the performance after the circus ring has sunk down to allow sea water to flood in. 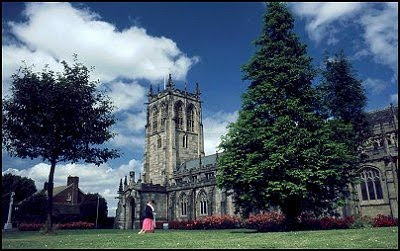 The next photo couldn't be much more different! St Chad's church, the Parish church of Rochdale, my birth town, taken again in 1979, several years after we had moved to Blackpool. Rochdale is an old town - mentioned in the Domesday Book and, of course, the place where Alan A'Dale comes from in the Robin Hood legends.

St Chads has a strange legend that it was to have been built at the foot of the high hilltop that it occupies, but that the collected building materials were moved each night to the top of the hill by supernatural means! 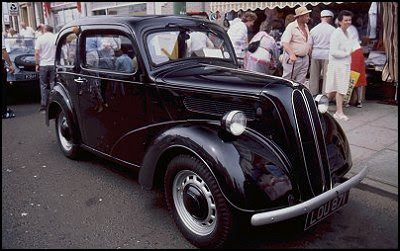 The next shot is from 1990 and one of Fleetwood's Tram Sunday events. These events invariably involve far more cars and buses than they do trams - in fact these days more than ever, due to Health & Safety rules keeping the trams from trundling slowly down Lord Street whilst visitors are wandering all over the road.

Back in 1990 we just used to push the crushed and dead bodies to the kerb with the side of a foot whilst we took our photos of the parked cars.

Like this 1950s Ford Popular. This was the last Ford "sit-up-and-beg" model before more modern styling gave them a flat boot that stuck out behind and a flatter shape to the bonnet that curved gently into the wings. Dad had one of these - his first car and I remember the great excitement when he came home with it. I must have been 5 or 6 at the time. I remember he spent as much time lying under it with a spanner in his hand as we did riding inside it... 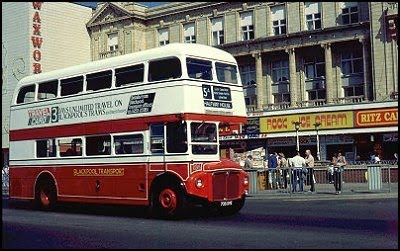 And to finish with - a disdainful opening sentence with the word "and" at the front... and a shot of a 1940s London Routemaster bus on Blackpool's Golden Mile in (I think) 1985.

It was the start of the Routemasters disappearing from London streets and it was to the advantage of Blackpool as the Routemaster made a fabulous sight in its old Blackpool livery.
Posted by John Burke at 11:25