A Rummage in the Attic

Well that's the end of Summer for another year. Can't remember when (or if) it actually started this year. I suspect we went straight from Spring into Autumn...

Anyway after several nights shivering I was persuaded to climb up to the attic and bring down the heavier duvet.

It took ages. There's all sorts of interesting stuff up there, from old computer bits and books and magazines to my old stamp albums and 78rpm records and slide projectors, Super8 film projectors, old cameras etc.

There's stuff that would make people on Ebay slather with desire I'm sure...

Like 4 bound volumes of Film Review magazine from 1977-1980. Only the January 1978 issue is missing. What would that collection be worth now, covering Star Wars films, Close Encounters, Roger Moore as James Bond, Saturday Night Fever and Grease and ...er... Mary Millington, Bo Derek and The Muppet Movie... Plus more Joan Collins and Burt Reynolds than you could shake a stick at! Priceless! 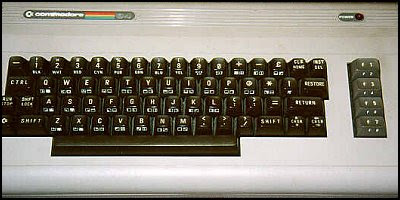 Then there was the Commodore 64 computer - almost directly responsible for the direction my career took after I bought it with my redundancy money in 1981 when the wholesale Cash & Carry warehouse I helped manage was merged with another following a takeover (no such thing as "mergers"...) 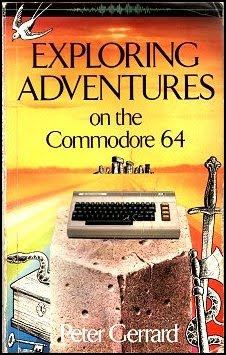 That computer and this book by Peter Gerrard (where is that man today? I want to shake his hand!) gave me the insight to take an old Commodore Pet at the first college I worked at and I wrote an accounting package to deal with orders and invoices. That led to work on Student Records systems, to managing departments and administration in colleges, then to networks and managing IT and the fledgling e-Learning, to a national award and then to working as Senior Adviser in a support organisation hosted by a university. That book was the kick start in all that.

Oh... and having brought the duvet down I'm too bloody hot at night now...
Posted by John Burke at 08:57