Monday 7 July 2008. We had spent the day berthed in Messina from where we had taken an excursion to the town of Taormina. As we sailed away at the end of the day the sun was staring to go down, lending the view an orange tint. 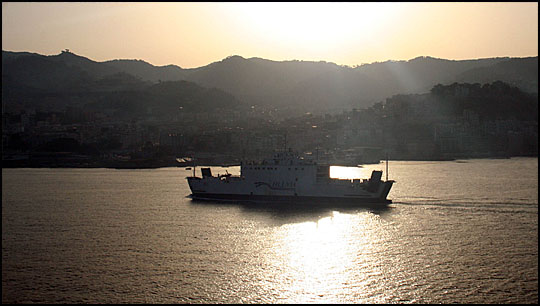 We watched the coast slip past and left the Promenade Deck for the comforts and warmth of the ship's amenities. 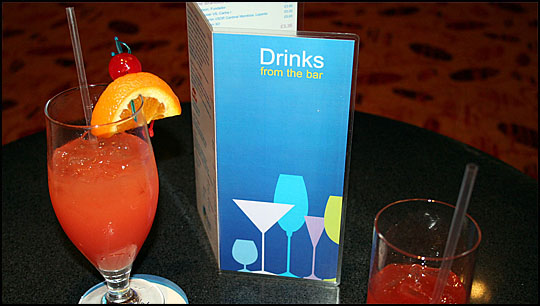 Having got a ship's amenity each, by chance we heard the captain make an announcement that the ship was due to pass the island of Stromboli, which has the most active volcano in Europe. This would be around 10:30pm. 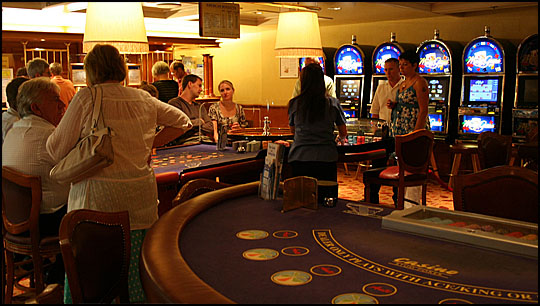 We spent the evening watching the show (should a male dancer even be able to jump up whilst scissoring his legs quite so high to either side?) and generally wandering around, chatting to people and enjoying a convivial atmosphere. That would be more amenities, if you see what I mean... 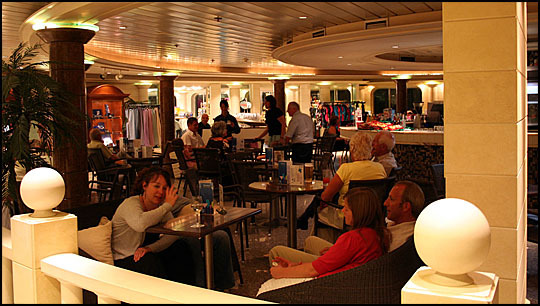 We visited the coffee shop - we wanted to be awake for the big event! 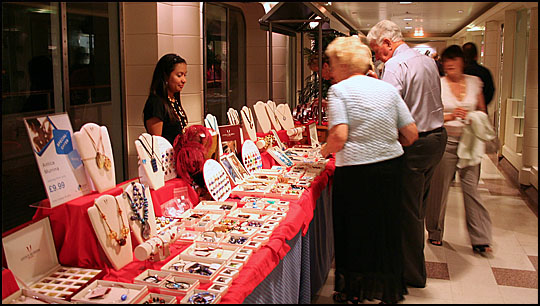 There was a jewellery sale on that night, which brought me to full alertness, but Miss Franny was just biding time until it was time to head onto the open deck. 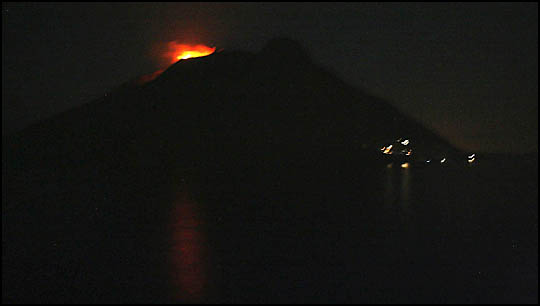 Stromboli is Europe's most active volcano with an eruption around every 13 minutes. We went up on deck around ten o'clock and sure enough, once our eyes got used to the almost pitch dark of a Mediterranean night, we could see the vague outline of the mountain and then a red glow which intensified until a spurt of molten rock spewed out into the night. We saw around three or four eruptions, but the one at half past ten was the most spectacular. 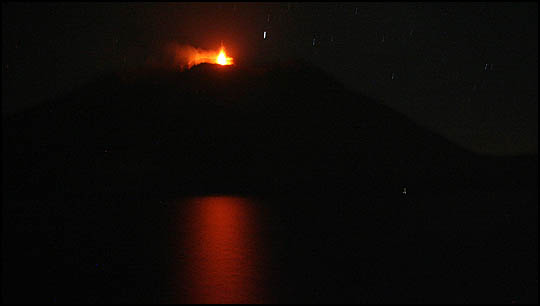 I had no tripod of course and the camera was resting on the ship's rail. I wobbled a bit when this one became a longer eruption as the ship's hooter went off, making me jump out of my skin! So the photo is a little blurred but still a great reminder! More about the cruise to come!