The Canals of Livorno

Wednesday 9th of July. We watched the excursions go off to Florence and Pisa and then those of us who were left, walked a few yards from the Island Star and got onto a boat of much more modest proportions. 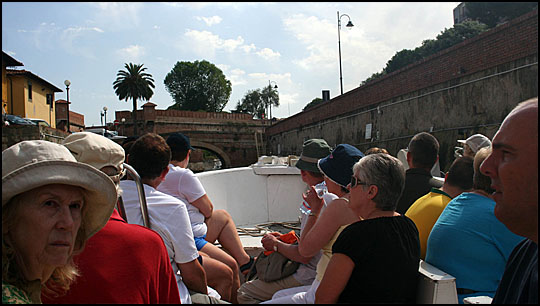 This was to take us on a tour of the canals - Livorno was built by the Medicis and based around sea trading, so the canals were a way of bringing goods right into the city. 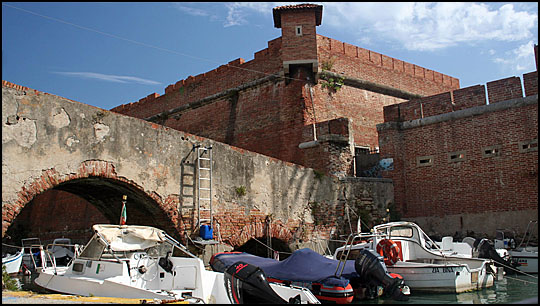 The canals form a pentagon with each corner having a defensive structure and a massive fortress constructed at the entrance from the harbour. We shall see more of that in the next entry. 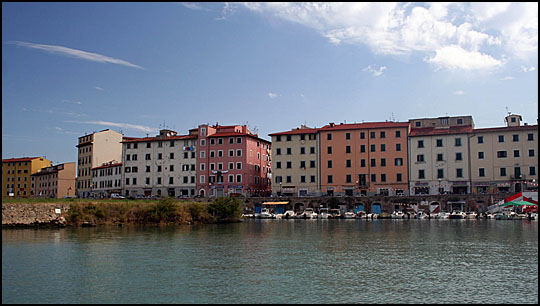 The canals were very quiet. We weren't jostling for position or continually going past boats coming in the other direction as you would be on the canals of Venice. (Livorno was based on the Venetian canal idea and the old quarter, built in the 1600s, was known as Nuova Venezia or New Venice). 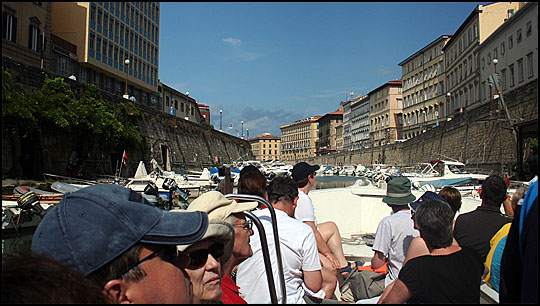 There were certainly lots of small boats, moored alongside small businesses and looking more working than pleasure craft. The sun was beating down, making the trip a pleasant and non-taxing trip. The buildings were in the main just typical city buildings hardly deserving of the title palace which is how the guide described them. If they were palaces then every apartment building in Paris is a palace. One of the problems with city canals though is that the city tends to be built over them rather than on the same level so the view from a small boat is restricted to say the least. It was a pleasant hour, but not an exciting hour if you see what I mean! 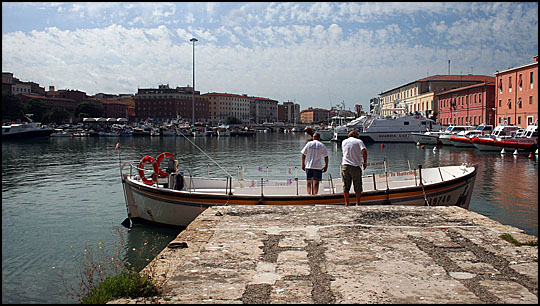 Finally we moored alongside a small pier jutting out from the massive base of the huge fortress at the entrance to the harbour. Either the boat or a formidable iron gate through the vast brick wall of the fortress were the only means of escape from the small stone jetty - and the gate looked very, very, closed!