Thursday 10 July 2008. Following our look around St Tropez, the coach took us to Port Grimaud. 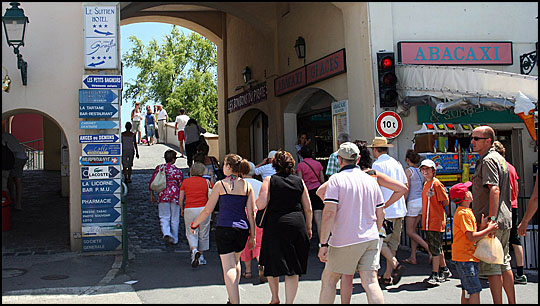 This is a fairly modern town, having been created in 1966 by François Spoerry, who wanted to recreate something of Venice. 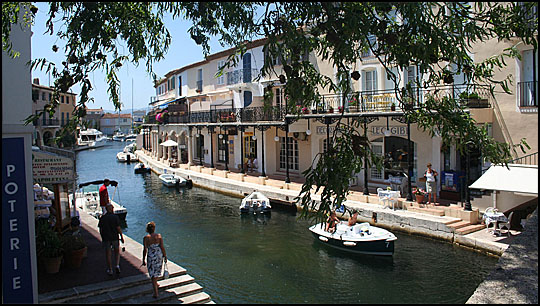 He created a town that has waterways instead of roads, where every house has a mooring point for the owner's yacht. Consequently the residents are fairly well off. Joan Collins is an example. 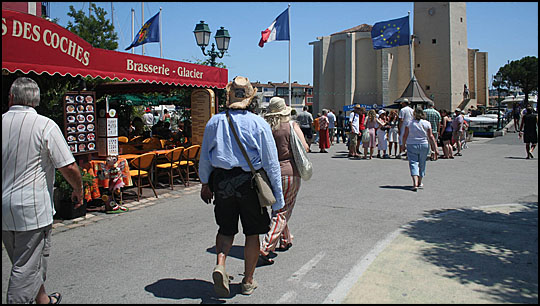 We only had an hour here, so we didn't call round to see Joanie. What you actually find here isn't all that much like Venice but is quite pleasing never-the-less. 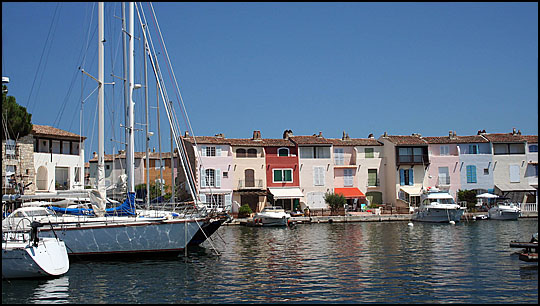 Cars and vans are kept out unless making deliveries. There are huge coach and car parks just outside the main entrance and the lack of traffic on roads and the numerous waterways means that you can wander at will over numerous hump-backed bridges over the canals, looking at the brightly painted houses with their boats and yachts. 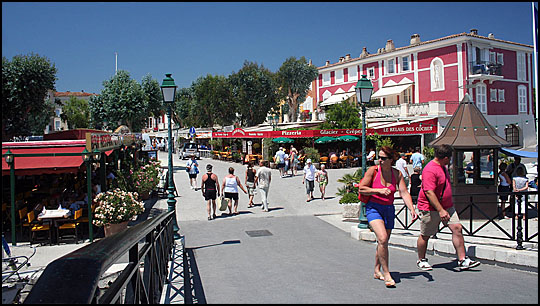 Port Grimaud is a bit like every marina. The boats (and in this case the houses) are owned mainly by people who don't live here. 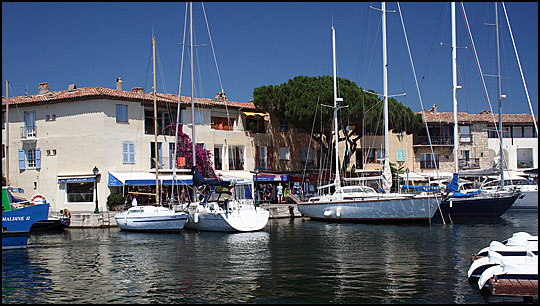 They just come every now and then and so the boats stay tied up and unmoving, the property of people with too much money to value their ownership. 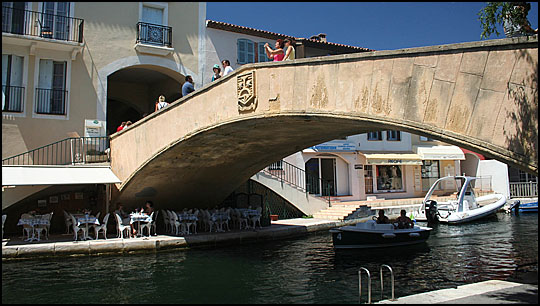 We had a walk and I bought a few postcards - it looked the sort of place I could have sat and sketched but with only an hour overall, we settled for a can of coke and a stroll instead.