We'll move on from Taormina. The following day, Tuesday 8 July 2008, sees us docking in an overcast Naples. Excursions go off to Pompeii, Sorrento and Capri. 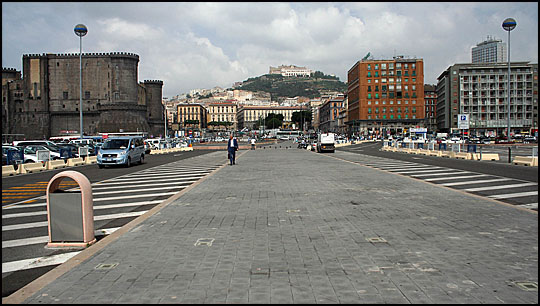 We've never been to Naples itself and although we've heard warnings about how impoverished it is we decide to just get off the boat and explore a little bit on our own. 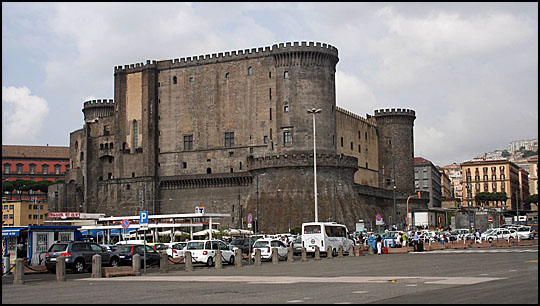 We are met out of the port by this impressive pile of a fortress. Built between 1279 and 1282 it became a royal residence with the accession of King Charles II of Naples. It was also a papal residence at times. At one time it was found that prisoners regularly vanished from a dungeon used for those who had been sentenced to particularly harsh treatment. This was found to be because a crocodile had managed to enter through a basement opening and was dragging off prisoners by the leg! The dungeon became known as the Pit of the Crocodile... 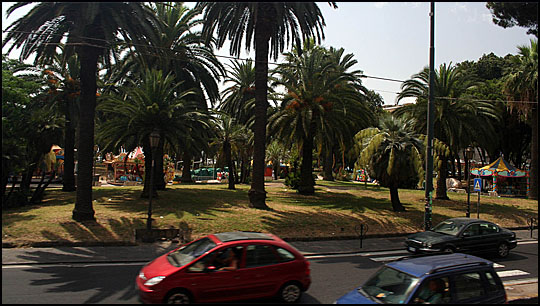 We started our walk, heading through a large park near the castle. As we get further into the park, we suddenly find that almost every tree has a tramp or vagrant wrapped in sleeping blankets or huddled together in twos and threes staring at us. "I don't like this - get us out of here!" said Fran. We changed direction slightly towards a fairground and out of the park. Definitely a bit dodgy! I don't want to take the old saying "See Naples and die" literally, ha ha! 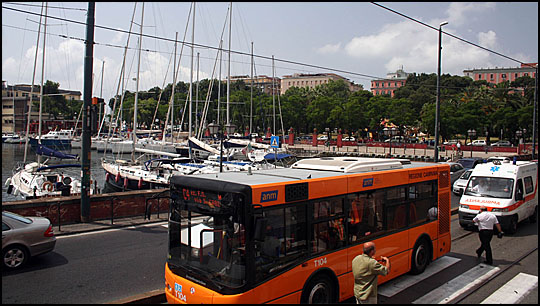 Traffic is unbelievable. Cars, taxis, buses and, most of all, scooters are vying with each other for each bit of road space, not caring which side of the central line they are on or whether they are moving in the same direction as the road. Changing lanes here means two or three at once and horns are blaring continuously. I apologise to all Parisians - I thought you were terrible and inconsiderate drivers but these guys have you beat! 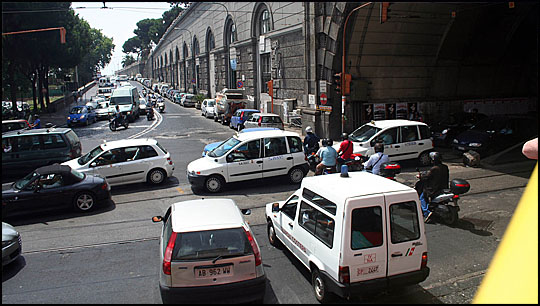 We ended up taking an open-topped bus tour which was interesting. This is a set of traffic lights and obviously one direction is showing red, yet every one of these vehicles is moving... 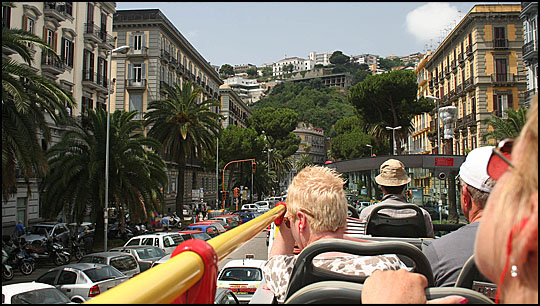 The bus tour went along the coast although for a while there were more back streets than anything else. 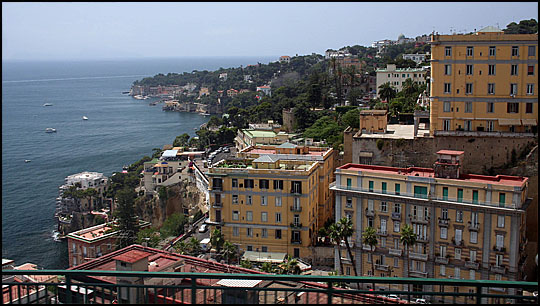 It took forever to move the first half mile as we were in the city traffic. We passed one bus, surrounded by cops, deserted by passengers, a huge dent in the front bumper and a shattered bulge in the windscreen glass suggesting that when it hit something some poor soul was standing and was thrown forward into the glass from inside. 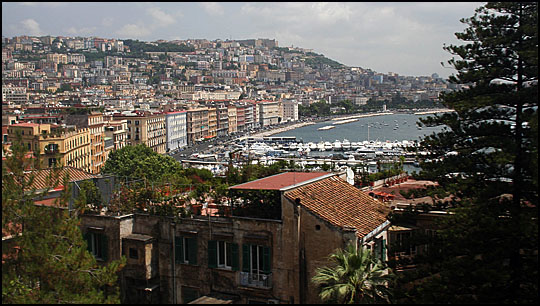 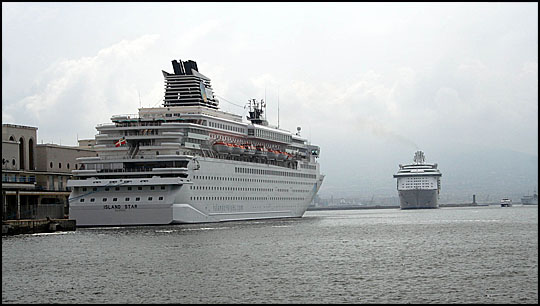 The tour took us along the coast - though more than half of it was down uninspiring back streets with little of interest. It was almost a relief to see the Island Star again as we neared the end of the ride! 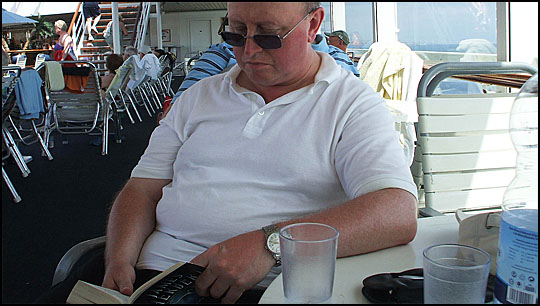 The better part of the day came later, on the pool deck with my James Herbert book, Nobody True. Brilliant read!