Toulon and a Mediterranean Sunset

Thursday 10 July 2008. The excursion to St Tropez and Port Grimaud has come to a close and the coach returns us to Toulon, where the Island Star is moored. 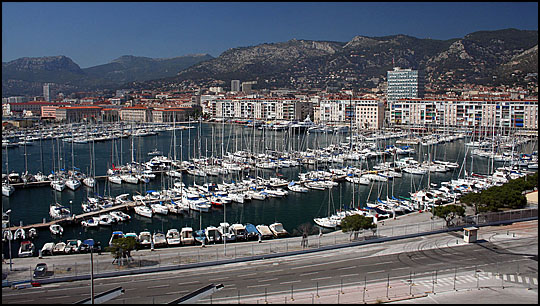 Toulon has been a port since the 1490s. Perhaps it's strangest episode came in 1543 when the Ottoman Admiral Barbarossa was invited to winter his fleet there by King Francis I. The residents of Toulon were forced to leave so that the Ottoman personnel could live in their homes. I bet that went down well... 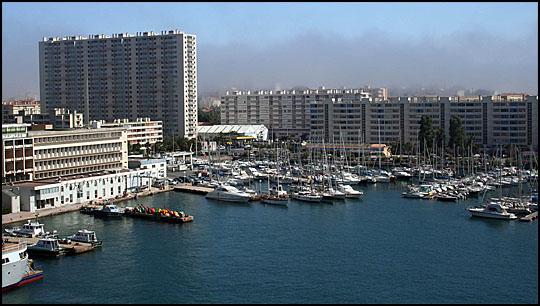 To the east we watched as a bank of thick fog approached. Despite getting steadily closer, for some reason it came to a halt just behind the blocks of flats or apartments. 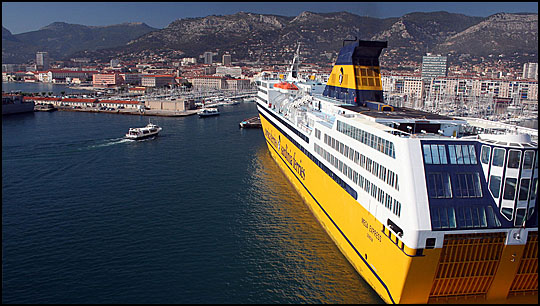 Sail-away time came and we slid out from the dock and made our way towards the main channel to the exit from the port. 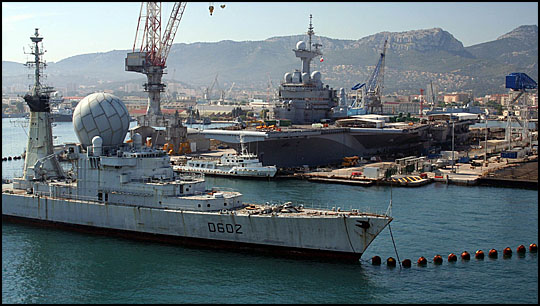 Toulon remains the home port of the French Mediterranean Fleet and the aircraft carrier Charles de Gaulle. Following the French Revolution, Toulon rebelled against the Revolutionaries and invited the British Fleet to harbour there in 1790. A siege of Toulon followed in 1793 during which the French forces including a certain Colonel Bonaparte forced the withdrawal of the British. As part of their withdrawal the British succeeded in destroying the French Fleet, blowing up the town's arsenals to prevent their falling into enemy hands and evacuated some 14,877 Toulon residents. The remainder were left to flee, suffering the indiscriminate firing of the victorious army who deemed them traitors. A further estimated 700-800 Royalists were shot or bayonetted afterwards. 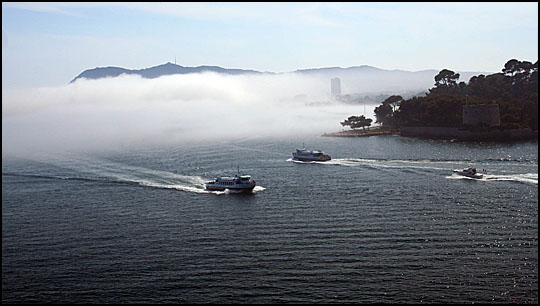 The Island Star approaches the exit channel from the port, having to sail through the bank of thick fog to do so. 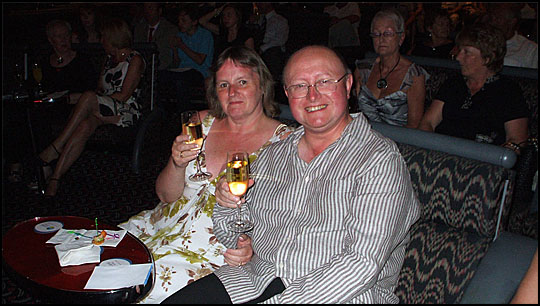 The evening's activities onboard included a special party for previous cruisers. 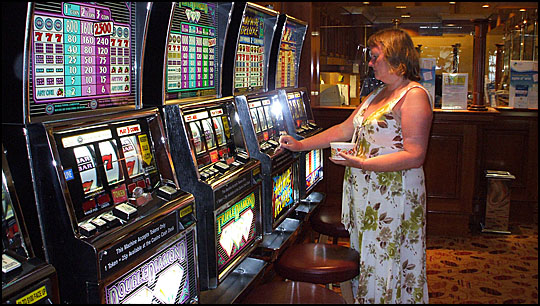 It did not include any spectacular wins on the machines in the casino... 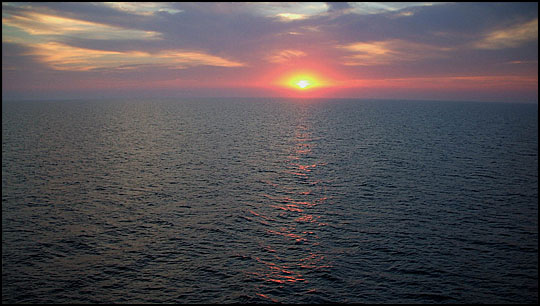 Somehow the week had almost gone and tomorrow would be our last day in a port of call so we made the most of the serenity of being at sea. The sunset that night was particularly spectacular and we spent some time out on the deck, watching until the sun disappeared. We've found on previous trips that sunset or twilight is a good time for spotting dolphins. We kept watch for any tell-tale spouts of spray but nothing. Then we spotted more shadows than usual and had just voiced our wonders when a grey head suddenly popped up vertically from the waves to briefly check us over before it was gone again. And that... was that!