Wednesday 9 July 2008. Now here is an impressively old fortress built - somewhat startlingly - of red bricks. Old Fortress is actually its name too. The new one was built at the end of the 16th century, whilst this one has been standing since the beginning of that century. 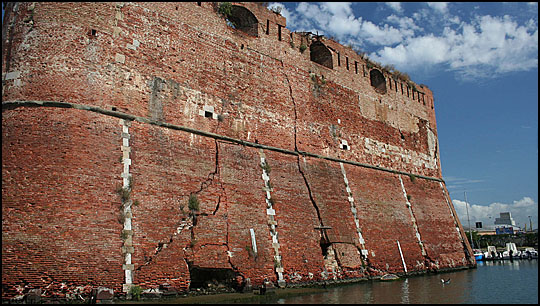 It does look a little held together by pins and braces, but that's as much down to Second World War bombing as to the ravages of time. 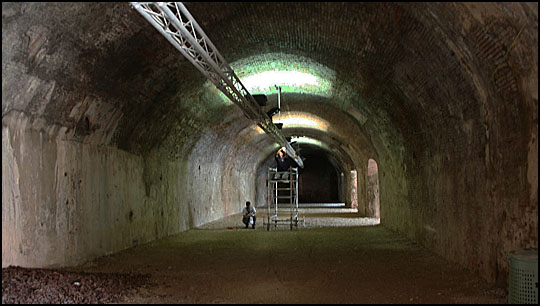 You may remember that at the end of my previous post we were dropped off on a stone pier sticking out of the massively solid wall, water to every side except for a closed and formidable iron gate leading into the fortress. Luckily, when pulled, it swung open... Not that this led to an inviting hallway. Oh no... We were now in the catacombs under the fortress. They were in the act of installing a lighting system and my photo is much, much, lighter than it seemed at the time.

We couldn't see to the far end of the tunnel and whilst they were probably built to store food and goods rather than prisoners, you couldn't help but wonder...! 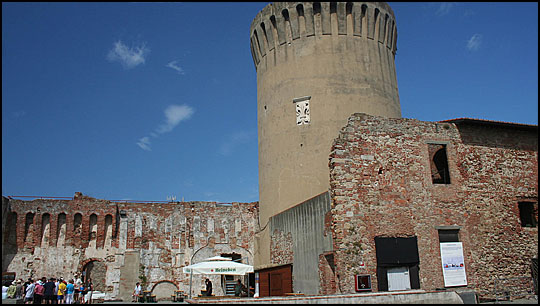 Happily we came out, squinting and shading our eyes into the bright sunshine. Our guide whisked us briskly past a small but inviting bar set up in a courtyard and into the main part of the castle itself. 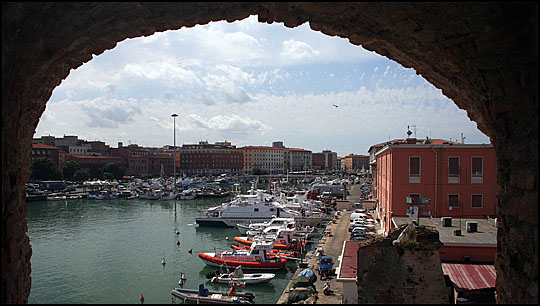 I love history and old buildings and things but guides have a habit of traipsing out a long string of dates and architects you will never have heard about and never will again so I'm afraid we ignored her and wandered about a bit, looking at photos showing the castle from before the bombing. There was indeed a lot more of it then! 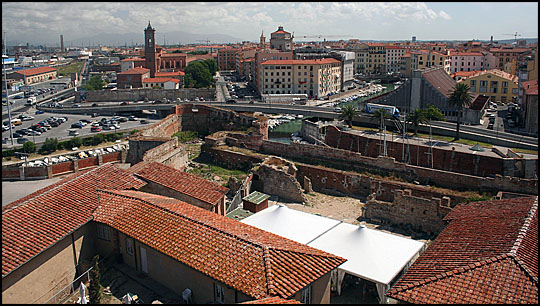 The round tower was still standing and accessed through a door made for dwarfs only from a small room that was still roofed and gloomy. "There's a climb of around 40 steps," warned the guide. Miss Franny hates spiral staircases and went out to find the little bar, where I could catch up with her later to find her surrounded by bottles and glasses, standing on the table and roaring out at the top of her voice "First I was afraid, I was petrified..." whilst egged on by a crowd of similarly drunken women. (I may have made that up...) 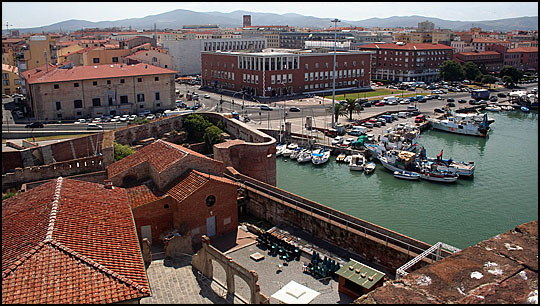 Anyway, I ducked (that's me with my lofty frame of 5 feet 4 inches and a smidgeon!) under the dwarf's doorway and started up the very dark stairway to the top of the tower. It felt slightly more than 40 steps and in fact I counted them going down. 72 in fact... The Italians are a modest race... 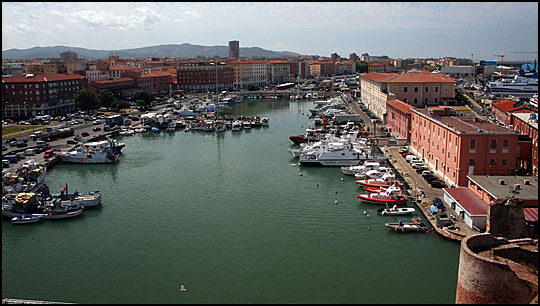 There was a great view from up at the top. In all directions... 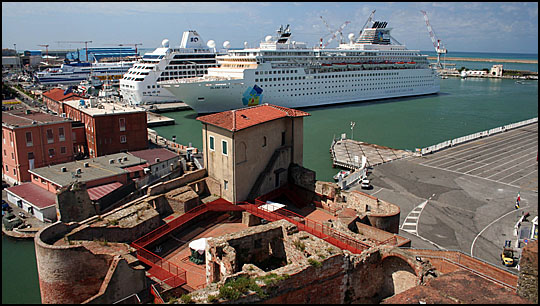 Here is the Island Star moored next to the deserted Royal Princess and in the foreground bits of the fortress. 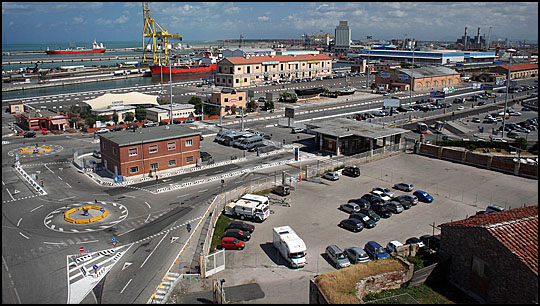 The top of the tower was not much wider than the diameter of the spiral staircase itself. Wandering around the perimeter took probably fewer steps than it had to climb the staircase and so I headed downwards, hardly able to see in the gloom after the sunshine and starting to appreciate Fran's dislike of spiral staircases! Oh, disappointment - she was sitting quietly with a can of coke, but quite chuffed that she had managed to make the bartender understand her. (Isn't "Coca Cola" the same in any language?) Anyway I congratulated her and then I went to get a drink for myself too. Hang on... he speaks English!!! 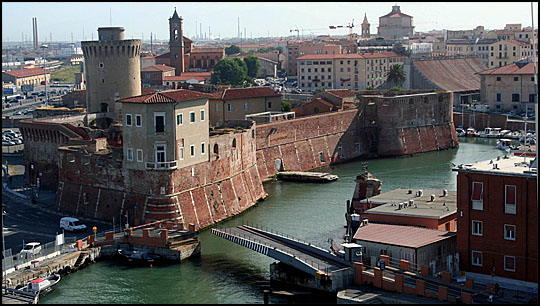 Everyone was piling back onto the boat to return to the ship but it was literally less than 100 yards across a bridge so we just set off to walk. It was only later we found that due to the industrial nature of the port, passengers and workers were not allowed to just walk through the port. But anyway we survived the perilous bridge and I took this one from the Promenade Deck of the Island Star.