The Straits of Messina

Sunday 6 July 2008. We had a day at sea, lolling about on the pool deck, mp3 player plugged into the ears, bodies of all shapes and sizes, some gorgeous, some horrific, some downright comical, passing by. 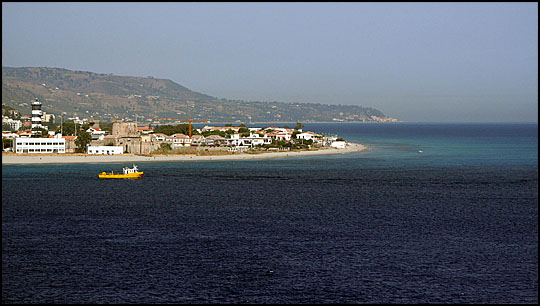 I had taken my own poor example off to be pampered a bit in the spa, the steakhouse, the bars... 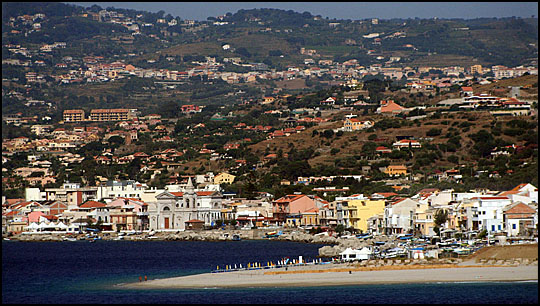 Monday 7 July 2008. The following morning saw us pulling into Messina - our first visit to Sicily. I never get tired of this - watching the coast slip gently by, about to land us somewhere we have never been before. 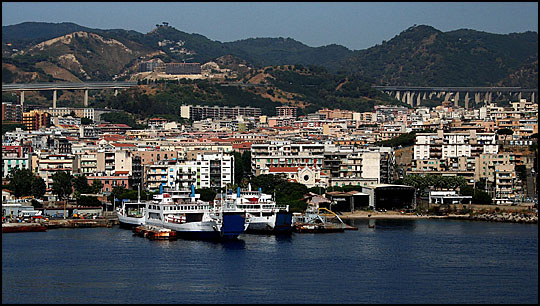 As we get further into the straits, the buildings along the coast become a little more industrial and we start to see a few skyscrapers amongst the villas. 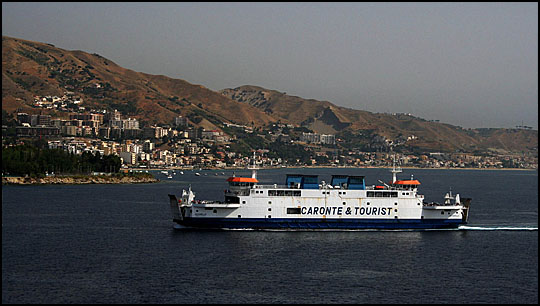 Soon we are approaching Messina itself. Ferries dock and leave, taking passengers to and from the Italian mainland. 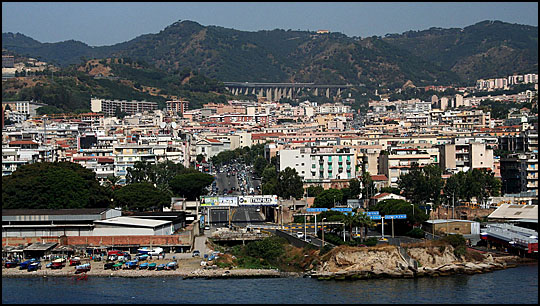 The Straits of Messina were bombed extensively during World War II, but little if any evidence of that hardest of times is apparent from the decks of the Island Star as we approach our docking point. 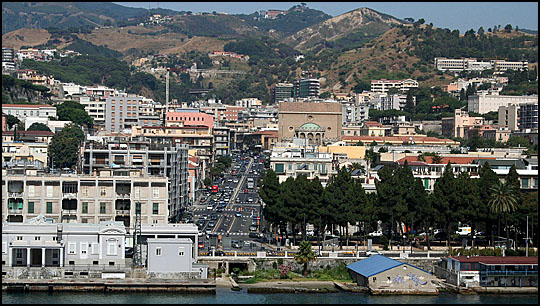 The tune from The Godfather is going round my head incessantly. Unconsciously I begin to hum it, thus ensuring it will from that point also go round the head of everyone in earshot... "That bloody song's going through my head now!" Fran complained. Told you... 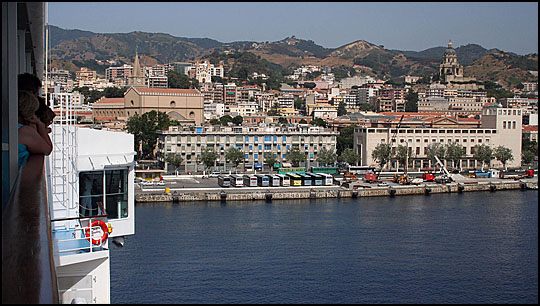 A line of coaches waits to take passengers on the various excursions. We are taking a half-day excursion to Taormina, a small town with an ancient amphitheatre and a view of Mount Etna, that we have been told is in the act of erupting. At the foot of the gangway is a person in a dolphin suit and a photographer, both being ignored by the majority of passengers more eager to get to the tour coaches.