Thursday 10 July 2008. Ah... St Tropez! The name conjures up glamour, luxury, the rich and famous. Will it live up to the image? 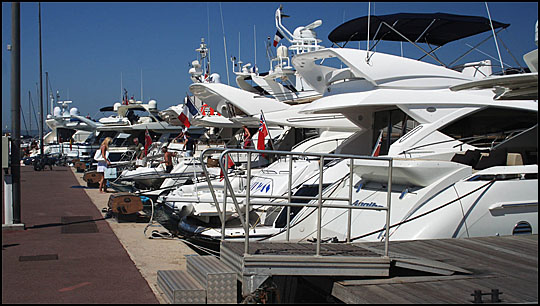 We have moved on now to the French Riviera. The Island Star docked in Toulon where we got off the ship and boarded a coach for the 90-minute ride to St Tropez. One passenger felt aggrieved at this... "90 minutes without a toilet stop?!?" He was a bit eccentric anyway - we had noticed him a couple of times on the boat wearing the most bizarre clothes you've ever seen. 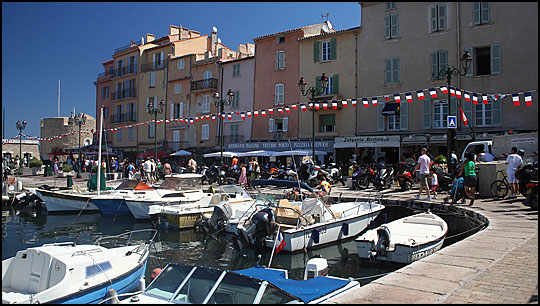 I swear he was dressed as Robinson Crusoe one night...and there are no fancy dress nights on the Island Star... Can we carry on? Well yes, we're going to anyway as the French guide has merely stared at him and said "That is correct..." We were on the front seat and my French is just about good enough to understand the driver saying "I think he should have gone before we left...!" I did learn some new swear words as a motorbike cut us up! 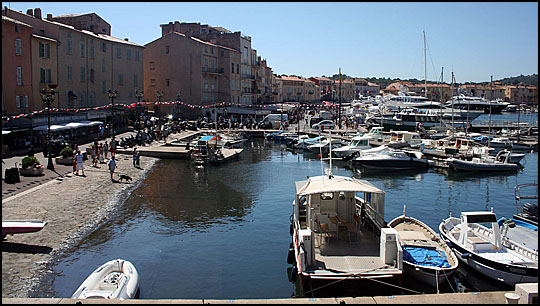 And so we reached St Tropez. Again we dispensed with the walking tour and set off to walk from where the coach dropped us along the coast and into St Tropez itself. 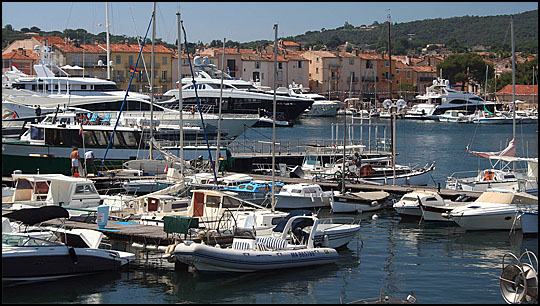 We admired all the boats - there were indeed some luxury millionaire-only type yachts. We walked to the far end of the harbour wall and then decided to get a bite of lunch as this was our only full-day tour of the week. We found a nice pizzeria and ordered a couple of pizzas. 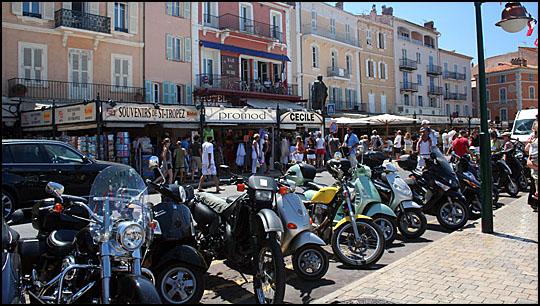 The loo was an experience for Fran as there were two toilets opposite each other. One had no light and no window. The other had no lock. She waited for the one with no lock and sat jamming her foot against the door. When she came out, a bloke was sitting on the loo opposite and had left the door wide open so he could see... 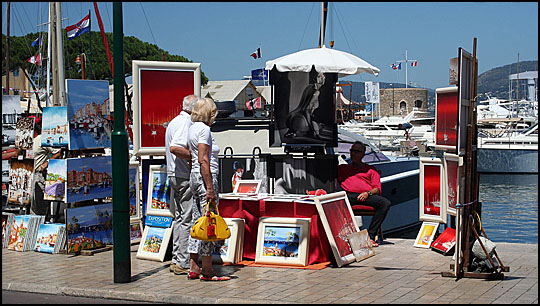 A few artists had set up stalls along the harbour. This one specialised in boats floating in a red sea and sky - quite effective actually - monochrome naked females with robotic joints and the odd realistically coloured landscape. 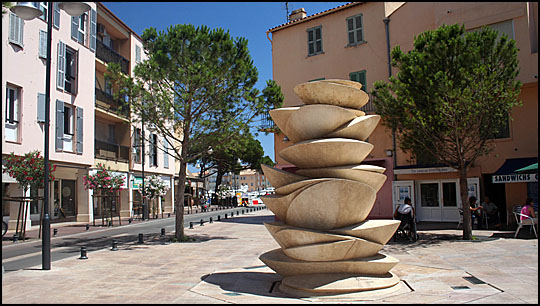 We had a look around the shops to have a laugh at the prices. All the big name high-end fashion shops were there. A half-recognised famous face (which looked much younger than her arms...) came out of one, glanced at me and hurried on. 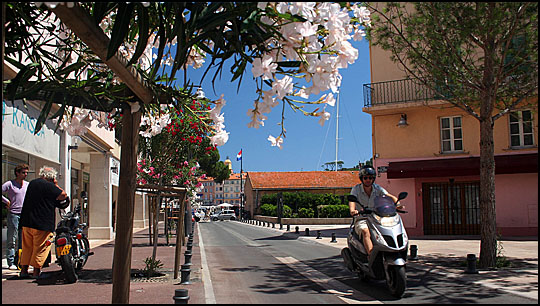 We looked at several collections of price tags with too many zeroes and finally bought a fridge magnet. 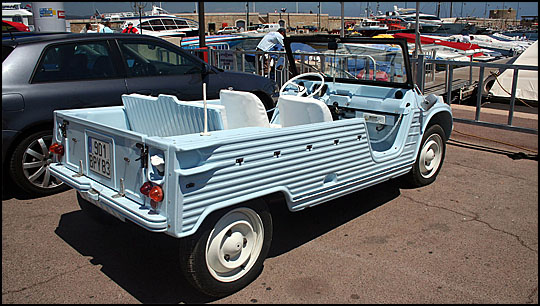 We saw quite a few of these cars. I'm afraid I mistook them for mini mokes as made in the 1960s and used in TVs cult hit The Prisoner. Perhaps someone had bought a job lot and transported them here after the sixties were over? But since then, someone has commented on the photo at Flickr (now unavailable) that they are modern cars, based on a Citroen 2CV chassis. So they lose a number of glamour points for that then! Tres chic though! We made our way back onto the coach and then waited for ten minutes past the time for a couple to roll up. They claimed to have got lost but they were not exactly hurrying back...