Sunday 11 August 2019. Having returned from our trip to Ghent we walk from the hotel back into Bruges for food and a last look round. 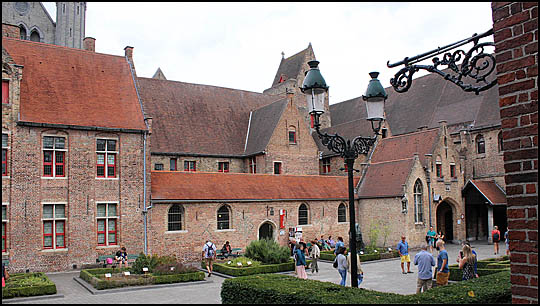 So let me see; what have I not told you yet about this Belgian city? Well it was temporary home to three of our kings when they found themselves in exile. Edward IV, his brother Richard III and Charles II each took refuge here as their fortunes dipped and nipping away smartly became the thing to do to keep a head on their shoulders. 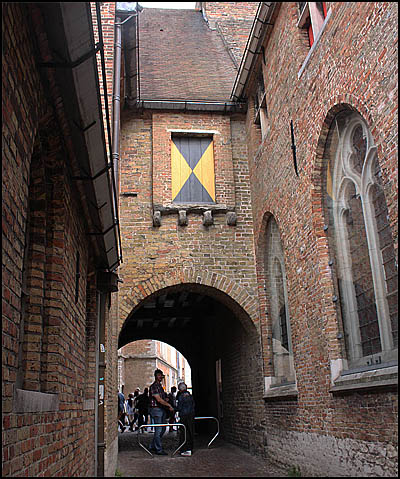 Whilst most of us can just about remember that it was Englishman William Caxton that produced the first book in the English language from a printing press, perhaps fewer of us know that he did it here in Bruges, not in England (although he was soon to cart his press over to Westminster to start producing books there in 1476). Apparently people wanted him to translate all sorts of foreign books but he was a better printer than translator. In fact his version of the language (many French words just bunged in amongst the English) came to be an early form of standardised English. The British Library has an account of his where a woman in Kent failed to understand a man from Sheffield asking to buy eggs because she called them "eyren" and he called them "egges". She thought he was speaking French... "What on oeuf are you saying?" she demanded... 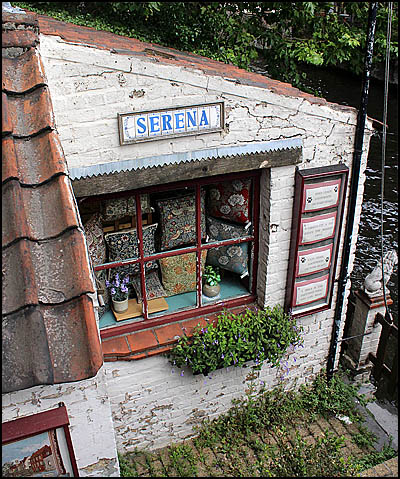 It was a mixed afternoon for us with spots of rain at times. We had light jackets with us and it was cool enough that they stayed on most of the time. 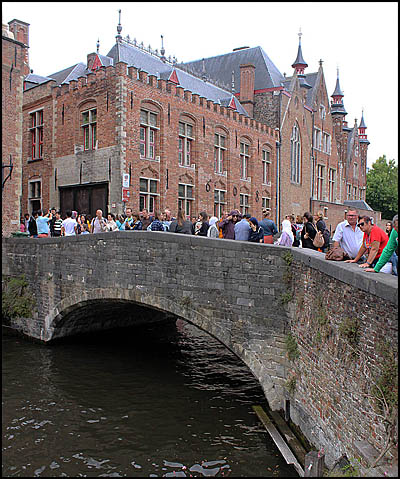 This rather plain little bridge was described as "one of Bruges' most photographed spots" in the margins of my map, so here it is in all it's er… glory... 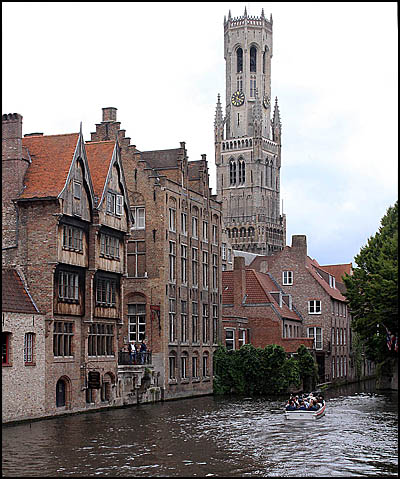 Perhaps they meant the view from it? The carilloneur was bashing away at his peg-keys again, they get their money's worth out of him or her for sure. 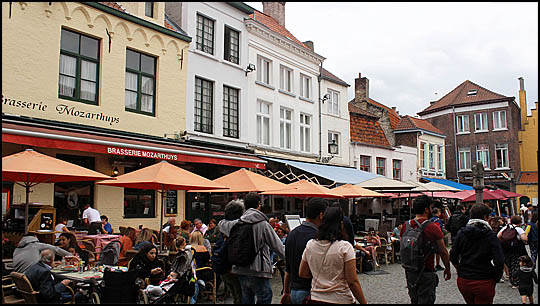 The cafes were all crowded, but it was still a bit early for an evening meal. I contemplated sketching from here, but it was very crowded and still trying to rain every now and then so I put the thought away and we carried on walking until my feet were screaming and Miss Franny decided we could stop for a sit down and something to eat. 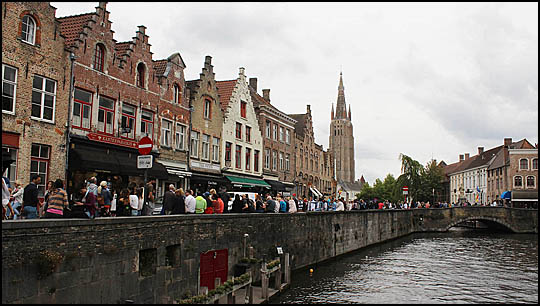 That won't be for a bit yet... Here we could admire the fortitude of those who had queued for half an hour for a boat and weren't about to give up their place just because it chose this minute to throw it down. 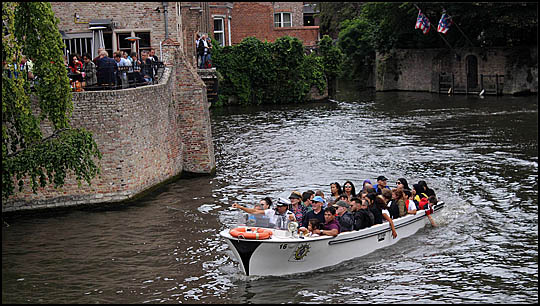 Just look at the joy on their faces as they set off... The lady in the sunglasses has spotted me and is thinking "Surely that's John Burke, the guitarist from Creeping Bentgrass over there?" 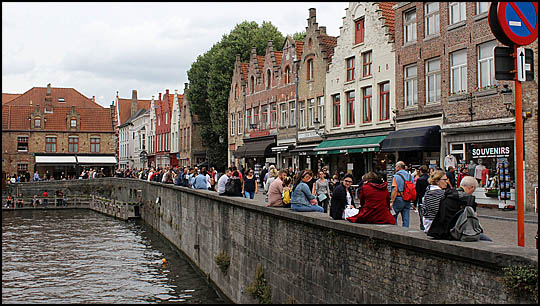 Eventually it stops raining. We have a sit for a bit on a block of concrete in the Market Square and then walk back towards the hotel, eating in a restaurant along the front of that other square seen in a previous post. The restaurant we chose was called the Golden Monkey (Le Singe d'Or). We both had a steak which was large and cooked to perfection. I had mine with a sauce béarnaise, chips and mushrooms and it was wonderful. And because for a change I wasn't driving, we polished off a glass or two of good red wine with it!

Return to the Beautiful Bruges and Ghent index page
Posted by John Burke at 14:02