Another few scans of my sketching done during 1992. It must have been a productive year - I don't normally do so many drawings a year! 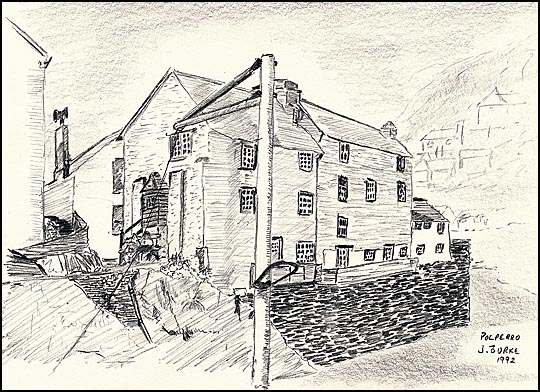 We'll start with a few from our family holiday in Cornwall that year. I was hobbling about on crutches due to having fallen downstairs the week before and twisted my ankle. So there may have been a few more sketches done because I had to sit more often during the week... Polperro is an artist's dream place anyway - just about any direction you look from any point in the village presents a worthy scene. Usually you can find plenty of artists at work. I sat on the harbour wall, hoping that people would go to talk to one of the others! 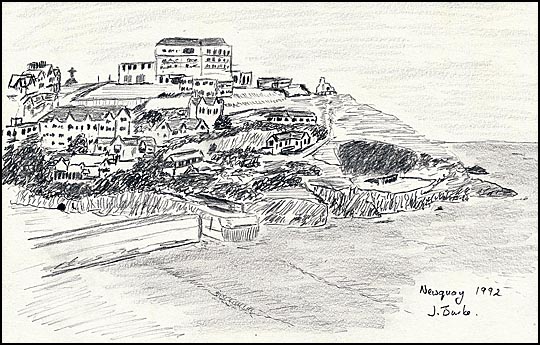 Newquay harbour from a bench on top of the cliffs. This was ok until a couple came to sit right next to me with a bag of chips, one of which every few seconds they threw to the seagulls. Having been buffeted with wings more than once I sort of exploded when the sketchbook was knocked from my hand by a landing seagull and pointed out that seagulls should not eat chips and that they were aggressive when they lost their fear of humans. "Oh... are we annoying you?" the woman asked in surprise. I fixed her with a steely gaze and they decided to move elsewhere. Prats! 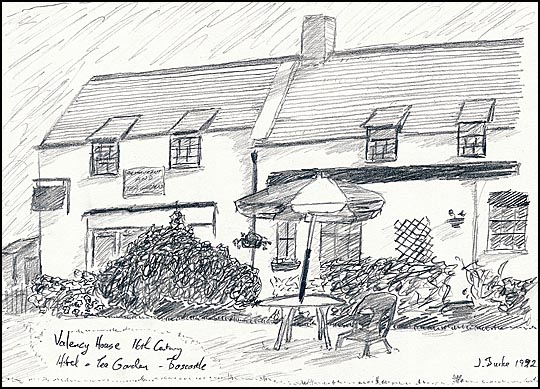 Sitting in the gardens of a tea room with refreshments to hand (most likely a Cornish cream tea) - what else could make for such a delightful opportunity to sketch? Chairs, by the way, join rocks and water on my list of things that are hard to draw! 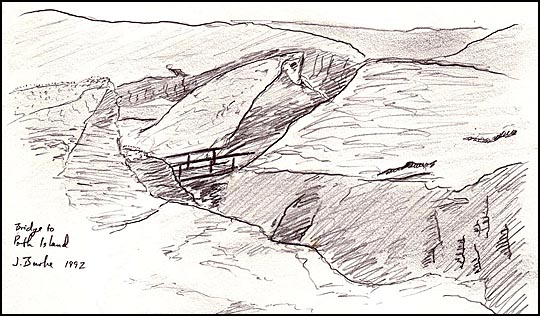 Porth Island or Trevelgue Island is an iron age promontory fort just outside Newquay. It was always the place where we used to go for a walk whenever we first arrived in Newquay and it would later become the site of one of the chapters in my novel, King and King To Be. The sketch shows the rows of earthworks defending the entrance to the island which is reached via a narrow bridge over a chasm that is flooded at high tide. 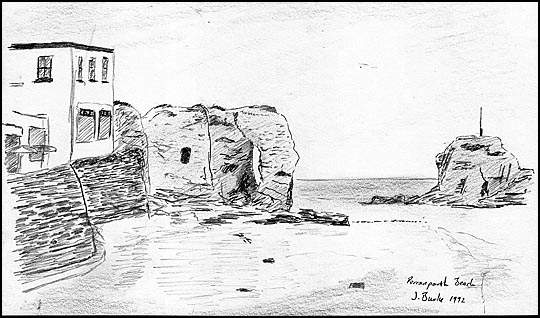 Perranporth has some spectacular cliffs sculpted by years of tidal water rushing around them and even through them. It also has a lovely beach that, unlike Newquay, can be reached by a gentle walk rather than a long climb down cliff paths. 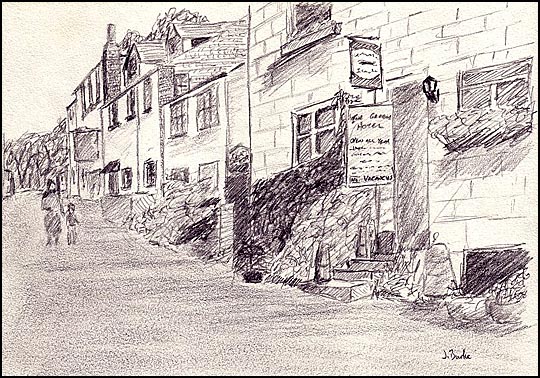 This was done at home from a magazine photo. Not sure where the place is but it could be somewhere in the Cotswolds. It felt right to suggest that the figures belong to a previous century. 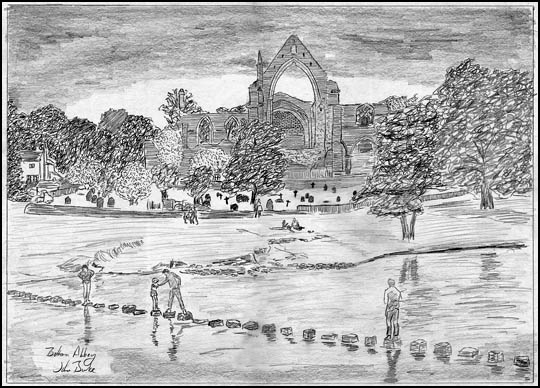 This was a bit ambitious. It was done on A3 paper, so the largest sketch to date in 1992. It shows the ruins and stepping stones at Bolton Abbey in Wharfdale, Yorkshire. The river is in fact the River Wharf. Again it was done from one of my own photographs taken in the early 1980s. 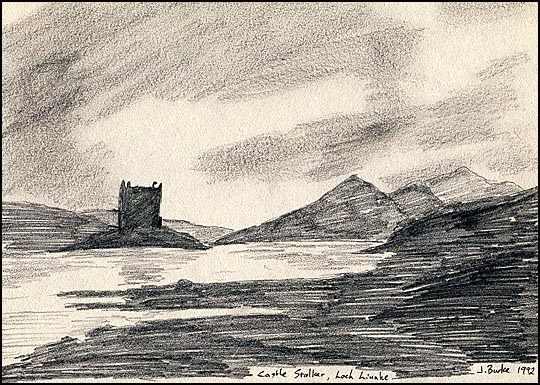 A very quick sketch done from a magazine photo. The photo was pretty much a silhouette and I was experimenting to see if I could capture the mood rather than any accuracy of the scenery. It's an intriguing landscape. I've never been but would like to go and try a sketch on site someday. 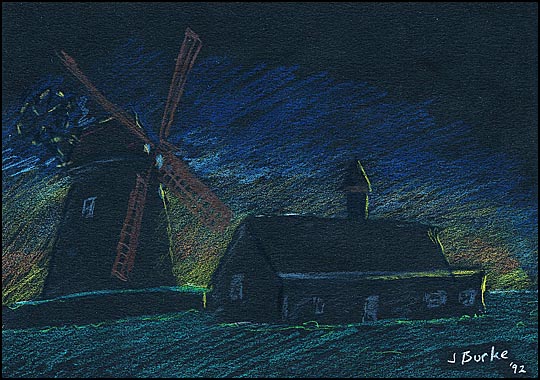 Another experiment with pencil crayons on black paper. I'm not even sure what I was expecting here, but the colour doesn't show up bright enough on the black, though there is something mysterious and even melancholic about the result. It is the windmill at Lytham, near Blackpool.

Return to Sketching and Artwork Index
Posted by John Burke at 12:15