Another in a series showcasing my early attempts at sketching. This article takes us through the year 1991, my second year of drawing and the one where I started to believe I might be able to produce something worthwhile. 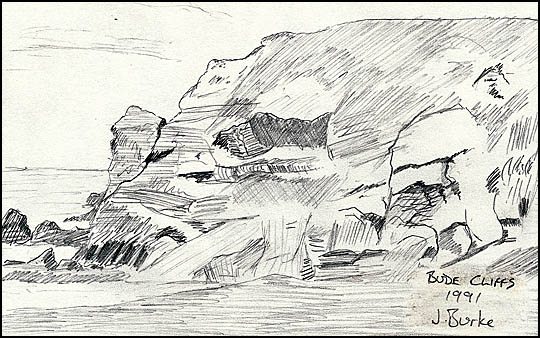 But first I had to cope with my first real attempt to draw rocks. Rocks swiftly joined trees as my potential nemesis. This was drawn on site as we holidayed that year in Bude, Cornwall in the tent. 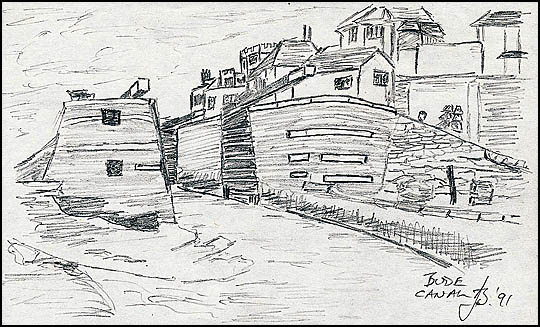 In Bude a canal comes down to the beach and lock gates allow access to the sea when the tide is high enough. Drawing in such open places drew spectators. I wasn't ready for that yet. I started each picture not knowing whether it would be a complete hash. This was my first conversation whilst drawing and it was with a young lad in his early teens who was curious about what I was doing, standing in one spot for over ten minutes. He'll be in his early 40s now and this is my first chance to convey my thanks that he responded to my nervous dismissal of what I had started with the retort "It's a whole lot better than I could do!" It was an eye opener in a way. 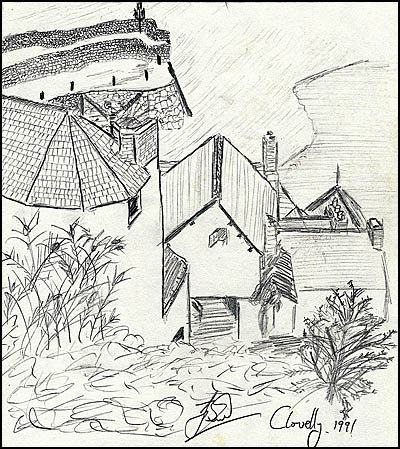 Done during the same holiday I spent a bit longer than my quick get-away of around 15 minutes and tried to ignore people passing down the hill at Clovelly who were craning necks to have a peek. 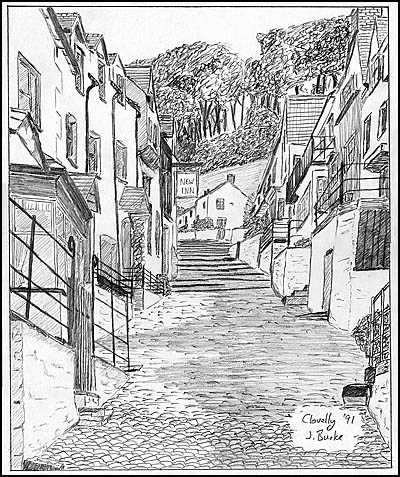 But it was this and the next sketch, both done from postcards on A4 paper once I got home that made me think I could achieve something if I kept trying. 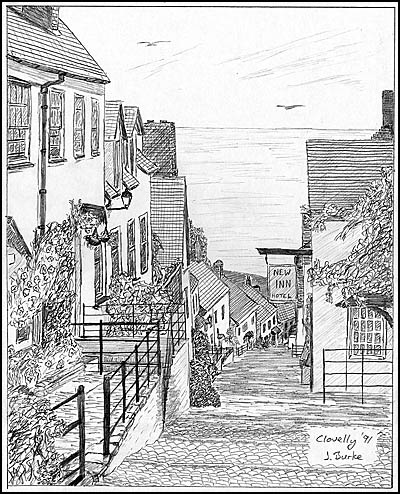 It's the same hill seen from either end. These two convinced me that I should try and spend a bit more time instead of rushing to get away from potential sniggers. I didn't manage it straight away... 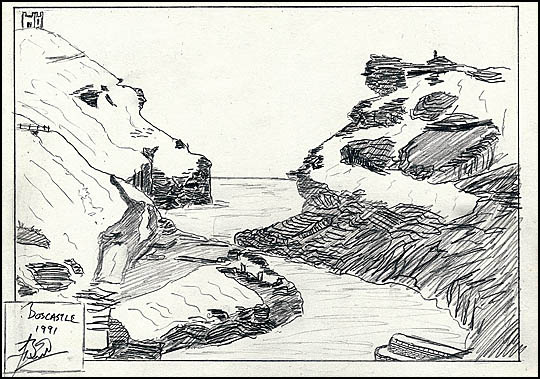 Boscastle gave me another chance to try making rocks and cliffs look believable. 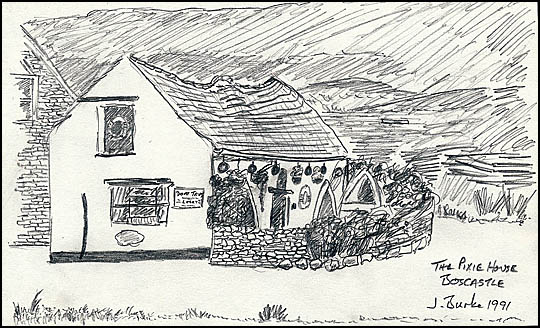 Boscastle also gave me this enchanting house, which in later years would be swept away and completely destroyed in a famous flood that also took the bridge over the stream. The Pixie House has been rebuilt, but the new building isn't quite the same. 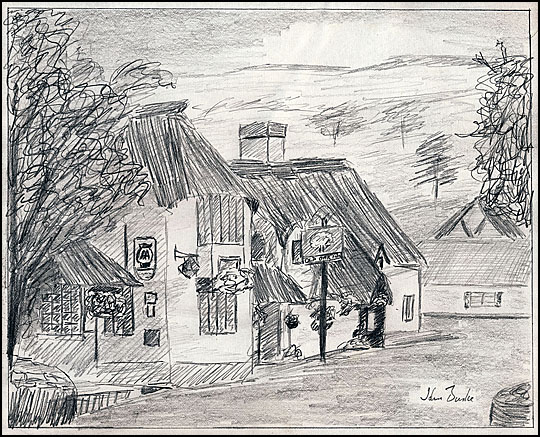 Done at home, I think the image actually came from an AA book or something like that. Anyway it was one of my first attempts to shade instead of just line drawing. 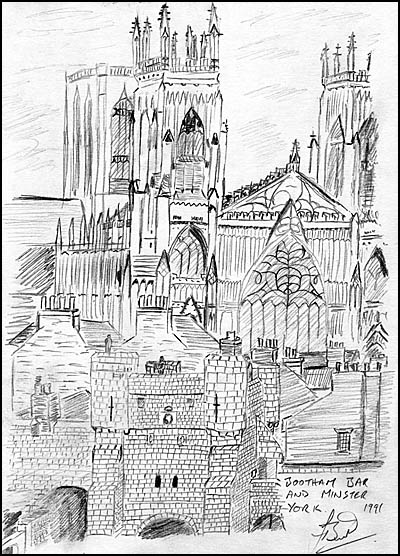 And this was done in a hotel room whilst I was at a conference.

Return to Sketching and Artwork Index
Posted by John Burke at 21:41