Continuing the series about my sketching into the year 1992. Includes my first attempts at colour work. 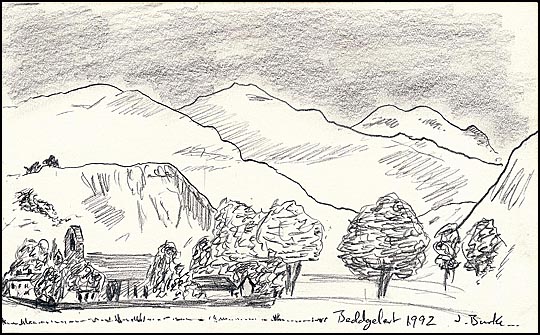 The first two sketches were done on an early break to Wales. Beddgelert is a lovely place with the grave of a faithful hound that was killed by mistake. I hadn't a lot of time to do this so it's a bit lacking in subtlety, but it is what it is. 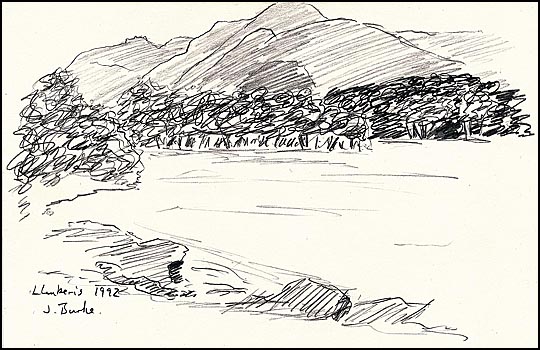 Likewise with this one of Snowdon in the background with Llanberis Lake. We were on the Llanberis railway which stops off at a little picnic spot. We had had our picnic and there was only a few minutes before the train would pass by again to pick us up. 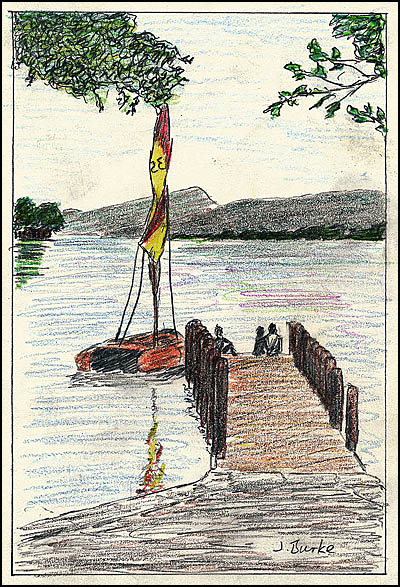 The jetty at Monk Coniston in the Lake District. It was done from a photograph I took on a visit some ten years previously. First go at adding some colour. 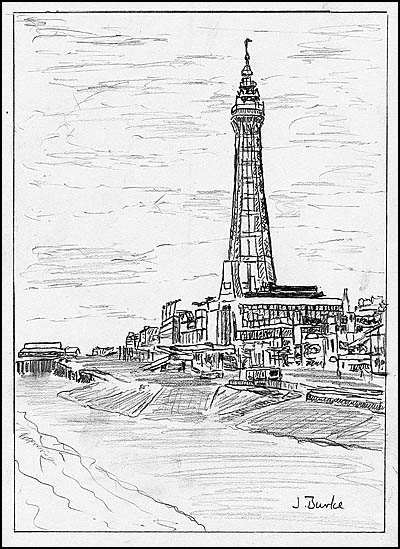 A familiar sight! Home sweet home... This was done from a photo as well. I wasn't yet ready to stand drawing in front of the sort of crowds Blackpool got... This scene has changed a lot since then with a new Promenade which has reclaimed quite a bit of land from the sea and the demolition of the pedestrian bridge over the Promenade roadway. 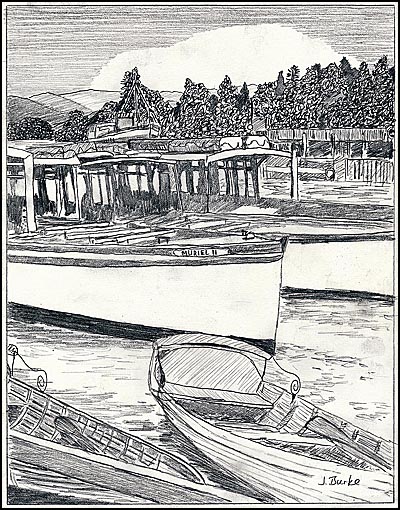 Another Lake District scene taken from one of my photographs. I was experimenting with a line technique for the sky. It looks quite effective but for some reason I never tried it again. This is on A4 paper so more detail is evident and this shows a close scribbling technique on the trees that I still use. 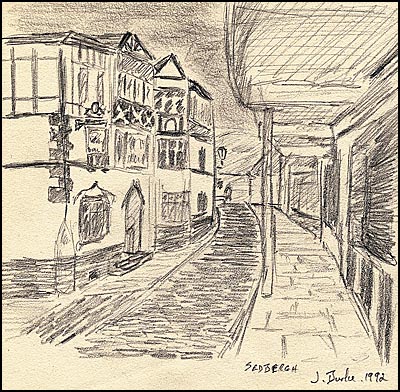 A few from a weekend staying with good friends who have a cottage in Sedbergh just over the border from Lancashire into Cumbria and not far from the Badlands of the Yorkshire Dales [wink]. It's a lovely area and a lovely town with some wonderful walks. Most of these were knocked off inside half an hour or 20 minutes as I didn't want to hold up the entire party. But they give an impression of the places we visited. 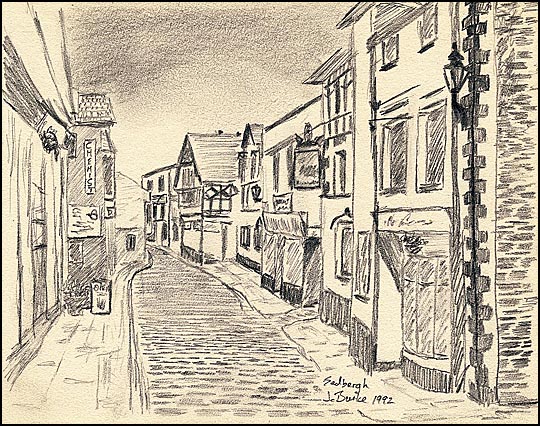 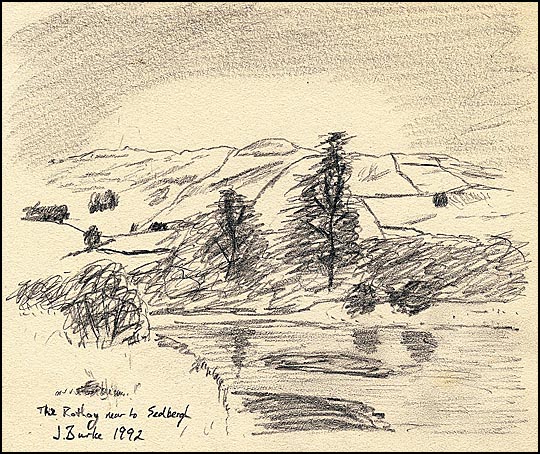 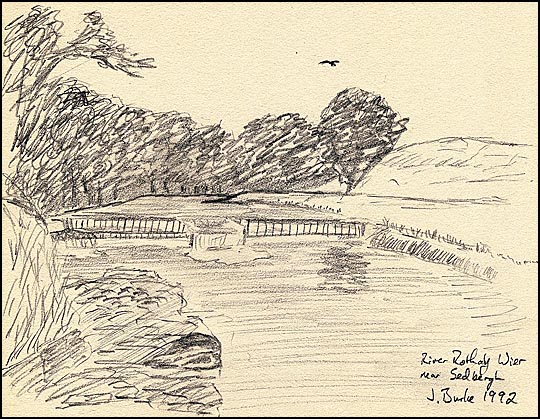 Ok, trees I'm just about coping with. Rocks I need to get to grips with. But now I come up against water!!! Still haven't really mastered this one! 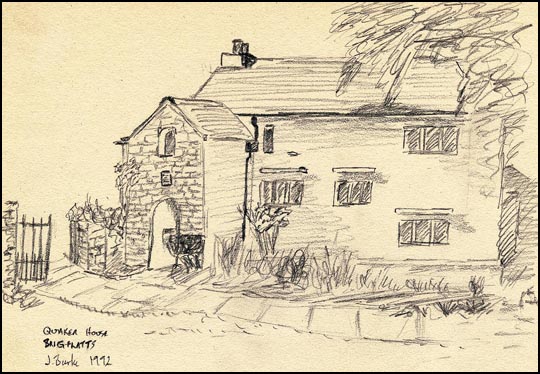 Last one from this weekend - the Quaker Friends Meeting House at Brigflatts. 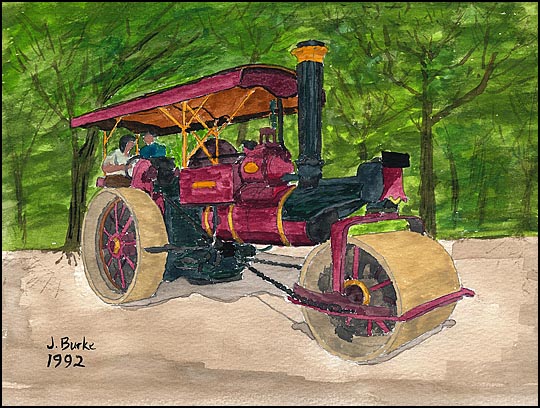 A very rare watercolour. I can best describe this somewhat unsubtle technique as "plastering on the paint"!

Return to Sketching and Artwork Index
Posted by John Burke at 10:48