Ah, the Blackpool Belle! An illuminated tram, one of several built in the first half of the 1960s, this was a paddle steamer with the lights in the paddle wheels simulating movement. 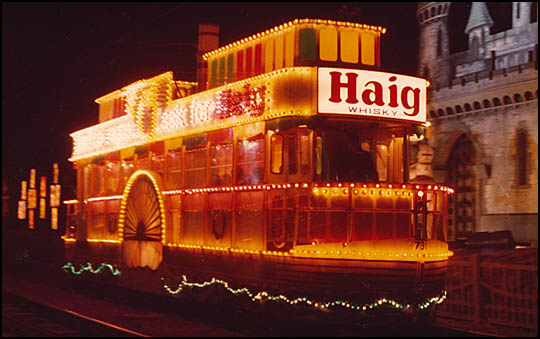 For some reason it was sold off to America in the later 1970s, leaving Blackpool with a rocket, a ship, the hovertram and the wild west train as its illuminated fleet. Prior to these there had been a couple of standard trams, trimmed up with sets of external lights. One of these could be found at the transport museum at Carlton Colville near Lowestoft in Norfolk, where I last saw and rode on it in 1995.