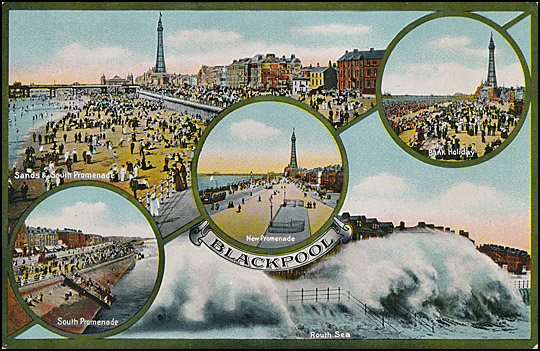 It's just over a hundred years since the last time the Promenade was widened. Most of it was opened in 1906. The final part around the Metropole to Cocker Street was completed 1910-1911. The postcard shown above has the middle circle segment labelled "New Promenade". The five photographs used for the postcard have been hand-coloured.