A Tale of Lingerie

Friday 21 November 2008. We had arrived into London after a long drive and were hot and sticky. I just shrugged off clothes, letting them fall wherever and went for a shower. I put on fresh undies, socks and shirt and pulled on my trousers and, once Fran had done the same, we set off to have a look up the Oxford Road shops. 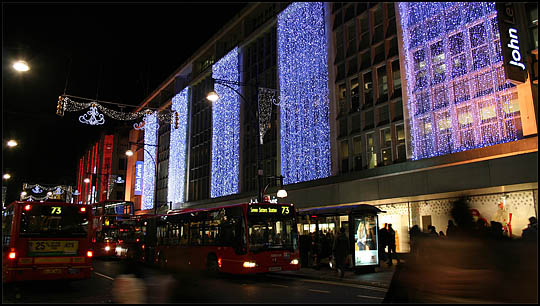 As the lift reached the ground floor of the hotel I strode out into the lobby only to feel something slip down my leg and there, lying on the floor of the lift, were the underpants I had travelled in... They must have fallen into the leg of my trousers and when I put them on my leg must have just wedged them inside the leg of my trousers just waiting for an opportune moment to fall out and embarrass me! We killed ourselves laughing for a minute then I shoved them in my coat pocket and we went out to the shops. 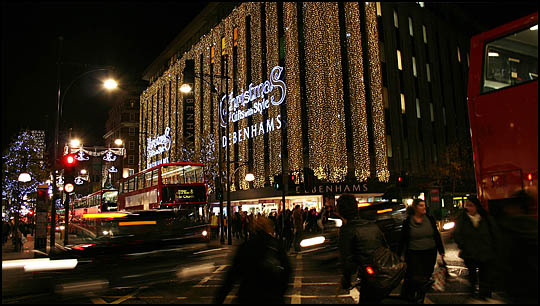 It struck me as we were in Marks and Spencers that had I been challenged I would have had a pair of their underpants in my pocket... Imagine trying to explain that away? Fran said "They're not expensive - throw them in a bin," so we did that, though what the street cleaners may have thought the following morning I'm not sure...! 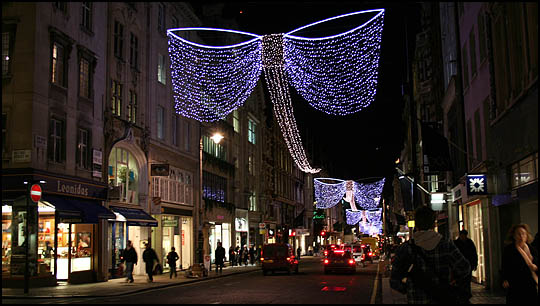 Anyway a little later on we were walking down Bond Street which is the really exclusive street with Gucci and all the other designer label shops and two women were walking towards us. One dropped her bags and all her shopping tumbled out. I started to help her pick it all up and realised that I was handling her newly-bought lingerie! Her friend thought this hilarious enough to photograph us picking it up... It did occur to me after though that had I not thrown my undies away I could have slipped them in her bag ha ha ha! Can you imagine?!? Have I a warped sense of humour or what?