A glimpse of a not very politically correct past! It's a while since I featured a coin-operated game so here's one I remember with great affection. 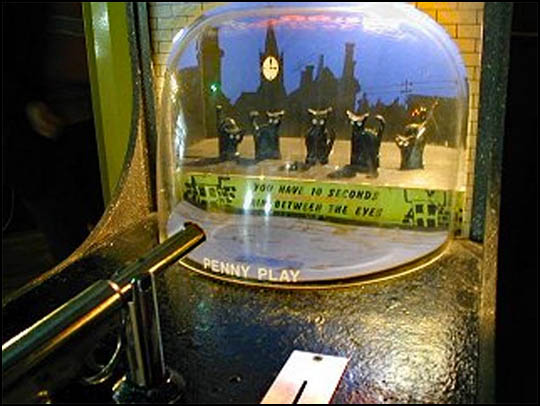 Strange really, because, as a cat lover, I would never dream of shooting cats in real life but then again, this is exactly what is wrong with some of the politically correct pillocks in life - they can't separate the difference between harmless and harmful or vindictive. I'm sure the designers of this game were not expecting anyone to be persuaded by it that shooting cats with a real gun was a good idea!

Anyway, the game was common in arcades in the 1960s and shot very small ball bearings at the puddies who fell over backwards if hit. You had unlimited shots in the space of ten seconds after which you totted up the number of "dead" cats!