Saturday 23 August 2008. Yes I know I've been quiet for a week. I've been anything but quiet actually but we've been off on our travels again, taking our second cruise on the Island Star this year. 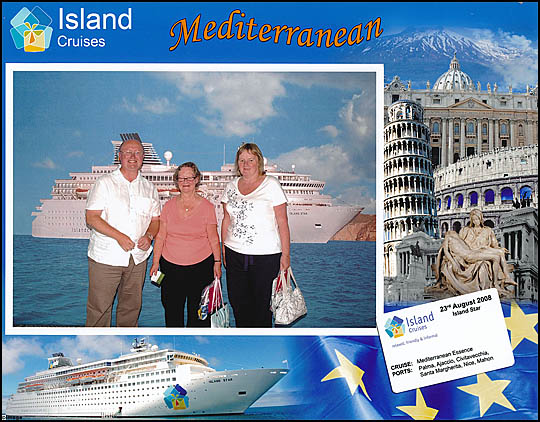 We took Mum along with us, which meant a bit less walking about than usual and I was able to take the opportunity to do a few sketches on this holiday - something I really enjoyed! As we went through the embarkation routine, Karrin, the masseuse recognised me and as other staff members recognised us and said "hello" (it is only six weeks since we were last onboard!) Mum started to feel like she would enjoy this! 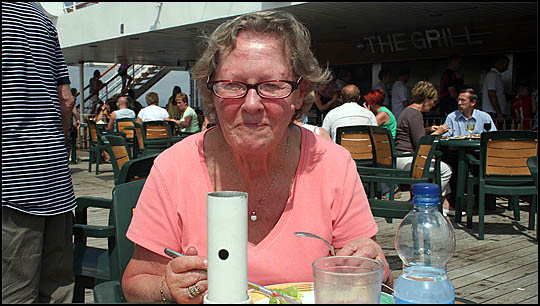 We had an early morning flight from Manchester out to Majorca, where we boarded the Island Star in Palma de Mallorca. Here Mum enjoys a spot of lunch out on the open deck. She's been looking forward to this for ages, but perhaps with a tinge of apprehension. It doesn't take her long however to start feeling at home! 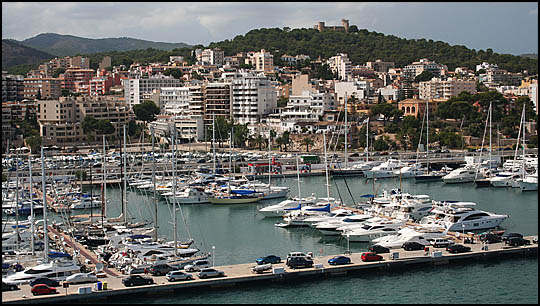 I seem to take the same photos every time we go to board a ship in Majorca, but at least there were a few different yachts to look at this time! 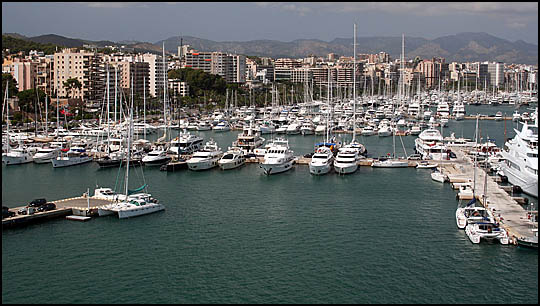 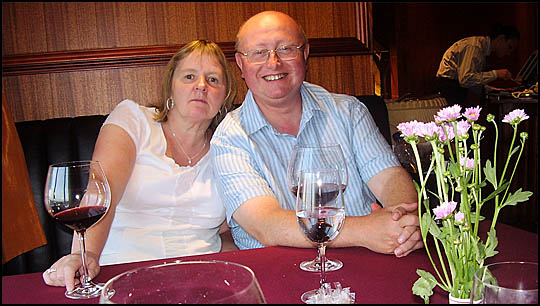 We booked into the Steakhouse Restaurant for our first evening meal and whilst our previous waiter Ronnie had taken some leave and had left the ship only two days ago, Vivian, his Assistant Waiter had now been made up to full Waiter and recognised us and came over immediately to welcome us back. He showed us to our favourite table and he gave us great service throughout the week. 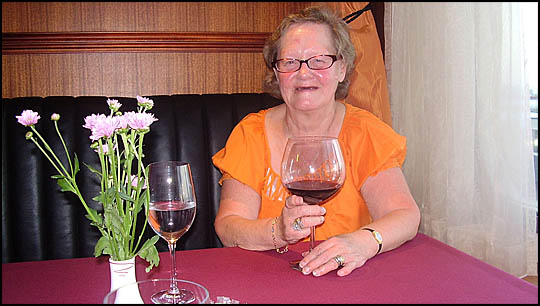 Mum's under doctor's orders not to drink more than one or two glasses of wine - but she doesn't think it will be a problem... 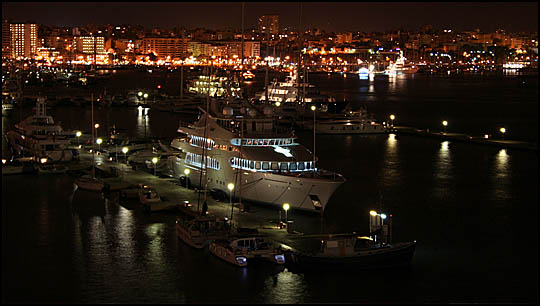 We're down on Bronze Deck, on level 4 but have outside cabins with a porthole and for now it's time to lay back on the bunks and let the waves rock us to sleep!