There have been numerous shooting games in amusement arcades over the years. Bulls eye targets, Red Indians, ducks, cats, clowns, jungle beasts... Then when computer electronics got good enough we had Space Invaders, then Asteroids and once all the outer space scenarios had been used up we went back to dangerous animals. 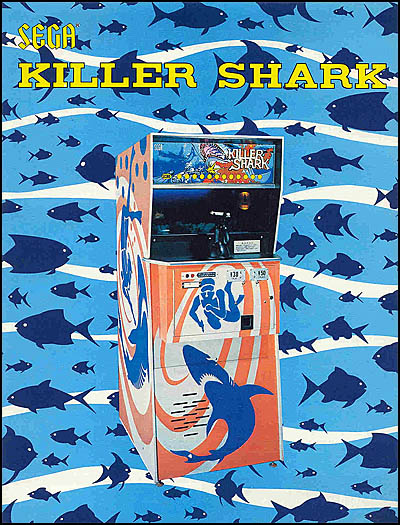 Killer Shark was released by Sega in 1972. The premise of the game was that you were a scuba diver with a harpoon gun and you had to kill the sharks that were threatening you. A hit made the shark writhe amidst a cloud of blood. The game was immensely popular in Blackpool's arcades and I presume everywhere else as well. It was even featured in the famous shark film, Jaws!