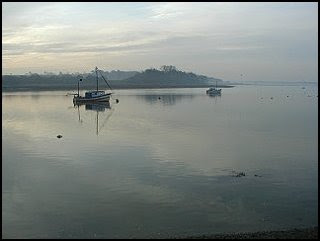 Fran's still working this week so it's my catch-up-with-all-the-things-I-haven't-done-yet week. Not fun things I hasten to add, though I may try to sneak some of those in as well. Nope - there's the floor in the spare room to reclaim, the fence to paint, the photos to be re-hung in the hallway that were taken down for the central heating to go in a year ago... You get the drift...

I took the first of the boxes of old CDs, DVDs, books and bits to the charity shop yesterday. Why are they so ungrateful? They either want it or not, but if not I'd rather they said and I'll take it somewhere else. Instead I got, "Oh, we're bursting with those things, I haven't got room, well if you just dump it there I'll have to put them in the toilet..."

I almost said "Where is it? I'll drown them myself..."

So the rest can go to the tip - easier for me. You can't pass on electrical goods these days because they should be PAT tested in case they electrocute someone who might sue so the old karaoke machine is definitely destined for the tip! 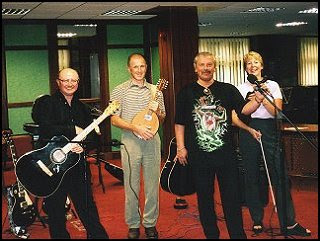 We used that for the band's very first gig before we bought a PA. Sheesh that's going back a bit! Seven years in fact - we've come on a bit since then and we hardly suspected then that we would be the sort of band we are now.

Talking of which - next Thursday we are playing at Garstang Music Festival, on the corner of the car park near the council offices. Depending on the weather of course as it's an open air gig with no cover. Previous years have been kind to us and we usually draw quite a crowd of onlookers as an audience.

The photo at the top of this post reminds me of a very chilled morning. It was taken at Woodbridge, near Ipswich very early one morning in 2003, where I was attending a meeting for work. I was awake early and got up to look at the river, being rewarded by this tranquil scene. The Sutton Hoo archeological site is close by this place. It was quiet, the water was like glass. It was February.