Whilst no town can ever hope to preserve all of its historic buildings without halting all progress, this loss was a particularly sad one. 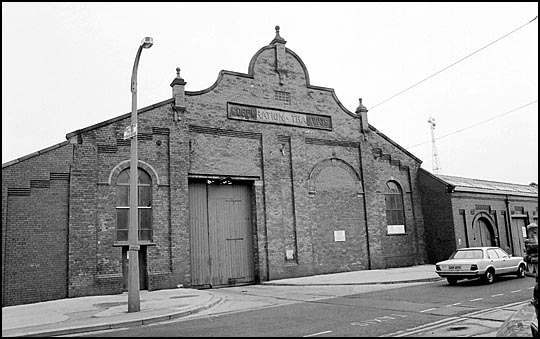 The tram depot on Rigby Road Blackpool was subject to a lot of public interest in 1982 as the town at the time had just three years to go before it celebrated one hundred years of electric trams. It was the first town to have electric trams as well as being the only town in England to retain its trams to the present day. There were calls for the building to be preserved to house a museum to the tramway system (something that Blackpool still doesn't have in 2008). However the building was demolished shortly after I took this photograph on 18 March 1982. Nice Ford Cortina MkIV parked outside too.

Return to Blackpool Tram and Bus Index Page
Posted by John Burke at 09:38