Now this is a great reminder of seaside amusement arcades of the 1950s and 60s. This cabinet was another of those that could house a number of similar games. 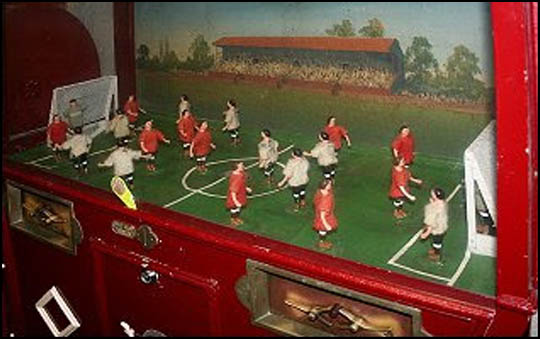 Seen in the Bygone Times antiques centre, Eccleston near Chorley, this model houses a football game. Each of the two players has a team of players and two levers. One lever twists the mannequins so that the ball can be passed from one player to another. The other lever causes the mannequins to kick so that the ball gets propelled in more or less the direction you hoped! The paintwork of the players here had obviously worn badly enough for some long-suffering wife to knit each a jumper! 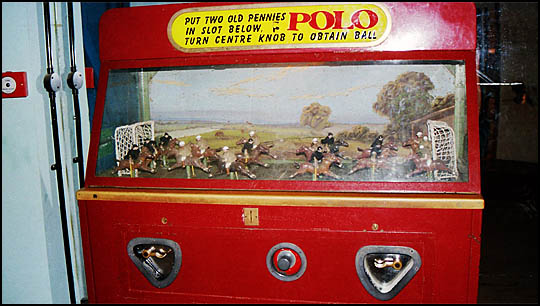