A Stroll Across Frank's Bridge

The number of times I've driven through Kirkby Stephen on my way to and from Newcastle and every time I've glanced at the sign for Frank's Bridge and thought "I'll visit that some day!" 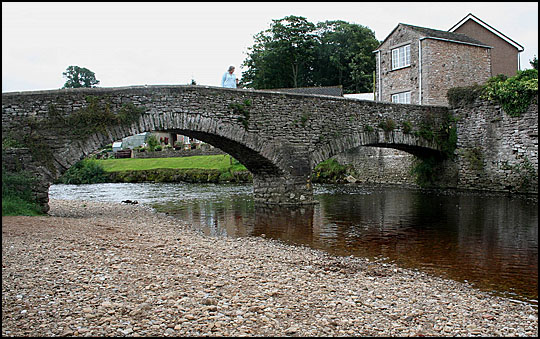 Today has been "some day!" Frank's Bridge is a pedestrian bridge over the River Eden. 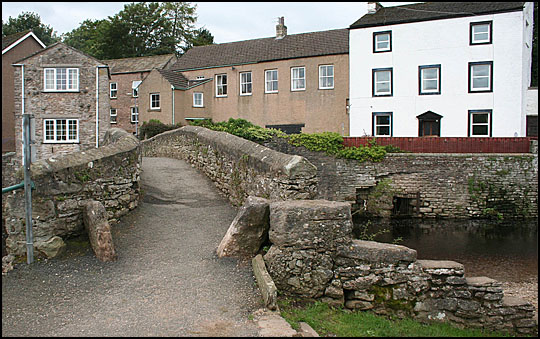 Apparently the two stones at one end are for resting coffins on... the bridge was on the way from nearby villages to the parish church! The stones allow the bearers to catch their breath before the last leg into the village. The Eden itself is clear in the sense that it is not cloudy, but it is coloured dark brown from the peat fields it has worn its way through over the centuries. It doesn't deter the ducks, many of whom were trying to get a little shut-eye as we crossed the bridge and stood above the river bank where they had congregated. 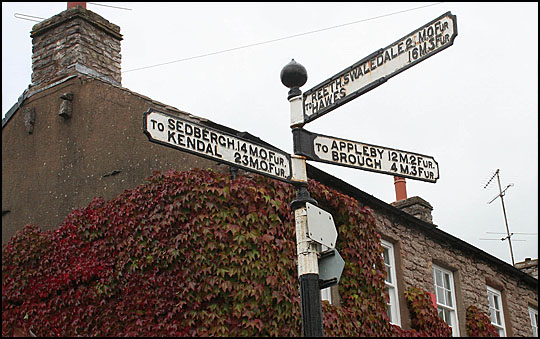 There are other treasures in Kirkby Stephen. Possibly the last signpost measured in miles and furlongs points to nearby villages. I wonder how many people there are left who are able to get a picture in their mind of just how long a furlong is? Just for the record it is ten chains... What? Still can't get a fix on it? Well a furlong is also 1/8 of a mile.

We decided to try the local chippy - opposite the Sports & Social Club. We had meat and potato pie with chips and mushy peas. If you are hankering after the same, you could do much worse!

Return to Curiosities: Buildings and Infrastructure Index Page
Posted by John Burke at 17:05