Another re-creation from my lost Nostalgia web pages. I was born in 1954 in the bedroom of a semi-detached house in Rochdale, Lancashire. My mum was 19 and my dad was 22 and doing his National Service with the army. 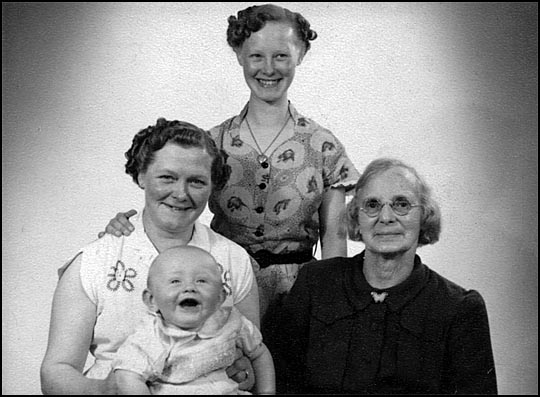 I'm seen here with Mum, Nanna, her mother and Grandma Mercer, my great-grandmother. For the first couple of years of my life we lived with my Nanna and Grandad. I was followed after 11 months by my brother Frank, whose arrival so upset the family that they set fire to the house a week later resulting in smoke and fire damage to the entrance hall. Not that I remember this all that vividly, but I was told about it afterwards... 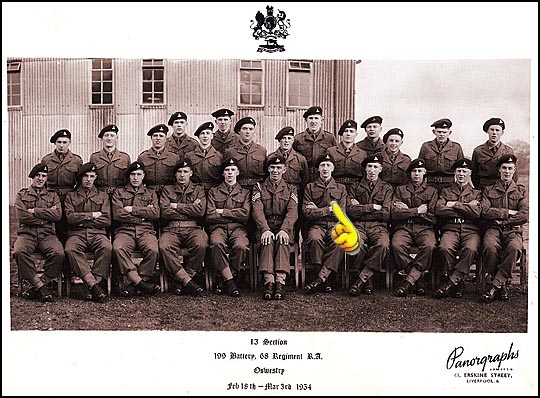 Dad, once he stopped playing at soldiers, got a job as an insurance surveyor in Manchester, peering into the inside of boilers and trying to decide whether they looked fit for purpose. I suspect my Mum was quite relieved. At the time, the Suez Crisis was rearing its head - British soldiers could still lose life and limb. 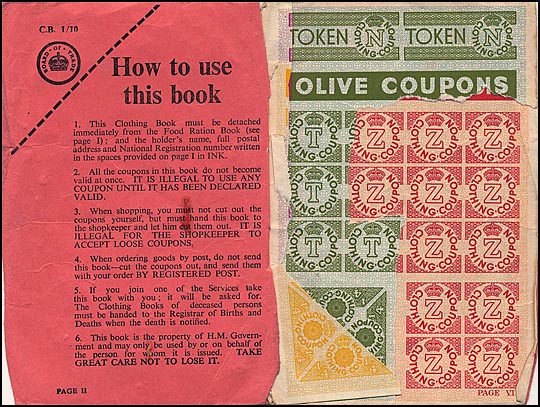 The after effects of World War II were still felt in Britain, as rationing was still in force when I came into being - "Have you got a coupon for that baby, Ma'am?"

Apparently Mum got extra rations because of me - isn't that nice? 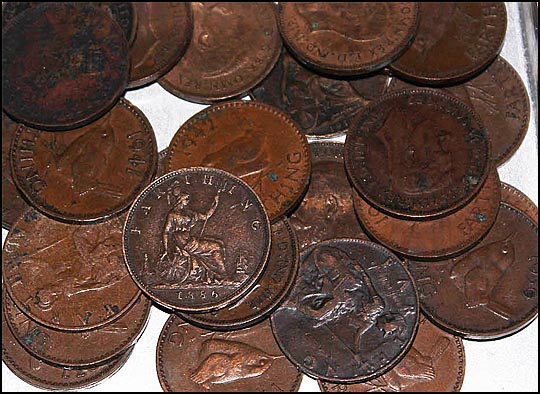 Again, I had to be told this, I was too young to notice even the things that were soon to disappear like farthings - a quarter of a penny. 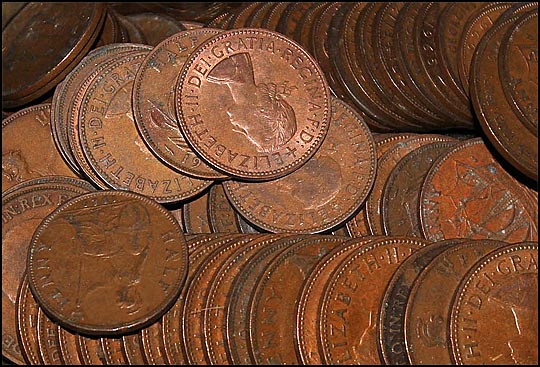 Heck, there were 240 pennies in a pound for Heaven's Sake, neatly counted in 20 lots of 12 pence known as a shilling. Pre-decimal England was a bewildering place for a baby of my tender years... or days... whatever! Luckily Mum did most of my shopping... 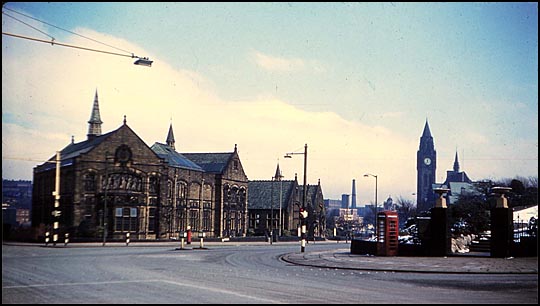 England in 1954 would be almost unrecognisable to people in these days. There were very very few cars on the roads (the above photo was taken in 1962 and is on the main road through the town centre of Rochdale about 300 yards from the town hall). Trains were still pulled by steam engines, supermarkets were non-existent, and the effects of two world wars in the 40 preceding years meant that there was a sort of military culture. Most people wore some sort of uniform for work even if it was only a white "laboratory" coat worn by shopworkers, or a very strict dress code - very few men did not wear a tie. 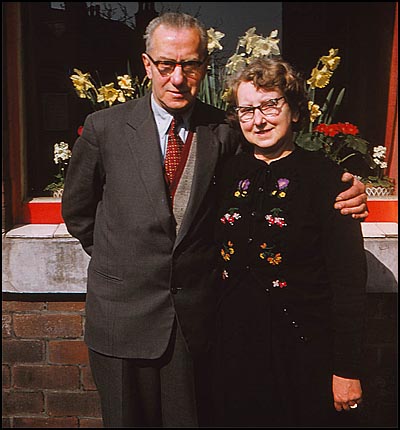 Best clothes, meaning suits and ties came out every Sunday. The photo is of my grandparents relaxing at home on a Sunday. Not a special occasion of any sort. Not to have your shirt tucked into your trousers was enough to make people faint... Sorry, slight exaggeration there, but it simply wasn't something you would even contemplate! People in authority at home, at work or in jobs such as the police force, or any job in charge of the environment you were in at the time such as a station master, were respected and deferred to. In the main people followed a well regulated and ordered lifestyle. Oh - and you called everyone "Sir" or "Miss" or "Madam". If you knew them it was probably "Mr X" or "Mrs X". Even some married couples called each other by that!

People got married much younger - it was just about the only way you were ever going to get to have sex! There was no pill, and the danger of pregnancy was drummed into girls. There was an tinge of disgrace about getting pregnant before being wed. Even Mum, who wed Dad a good 4 months before I came into the world, felt compelled to wear a green dress for the wedding - wearing white would not have been "the done thing" in her condition! And she had the support of her family - many girls were thrown out of the house. 40 years earlier, many of them would have been locked away in institutions for having a baby! 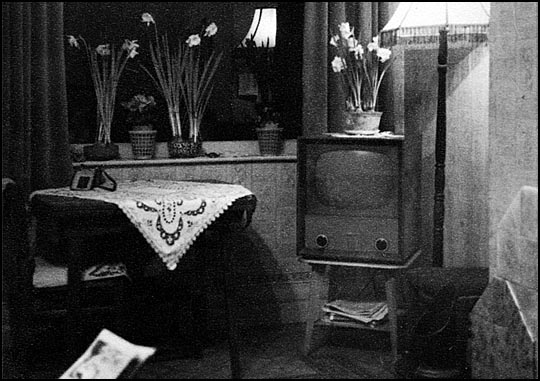 Televisions were rare and in any case had only one channel - the BBC. Nanna and Grandad had one - a huge wooden thing with a tiny screen. By the time I was old enough to want to watch it the BBC had been joined by ITV. The photo shows my other grandparents' TV and is from the turn of the 50s/60s. Huge by earlier standards! Note the coal scuttle standing to the right, ready to feed the open fire in the fireplace. 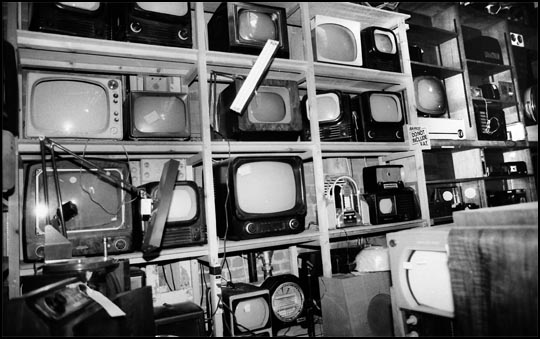 The radio was called the "wireless" and was still large enough to be a piece of furniture! They were full of valves as yet, even portable radios were the size of a handbag. There were no computers, no electronic anything... Things that plugged in were "electric" and electric things to play with did not yet exist apart from Dansette record players, the wireless and the television. All of these were expensive things! 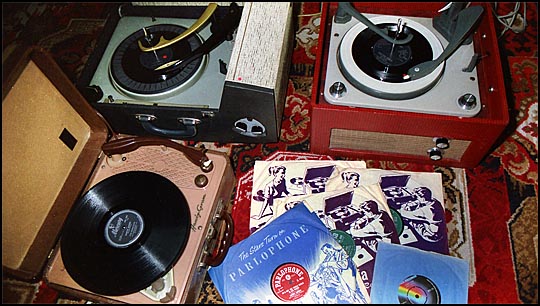 Records played one song and then you turned them over and played the "B" side. 45s were only just coming out. Most people still bought the old 78rpm records that broke when sat on or knelt on... Rock and Roll was just beginning, mostly guitars were an instrument that you could never hear in an orchestra. Many houses had a piano in the "front room". Both sets of grandparents had one. On Mum's side it was Grandad who played it, favouring hymns, he was after all, the organist at the Park Baptist church. On my Dad's side it was Grandma Burke who played. (They were always Grandma and Grandad Burke whereas Mum's parents were just Nanna and Grandad without any surname!) She favoured music hall and ballads - Carolina Moon was one I used to enjoy hearing her play.

Ok, so let's introduce you to the clan so you know who's who in this set of pages. 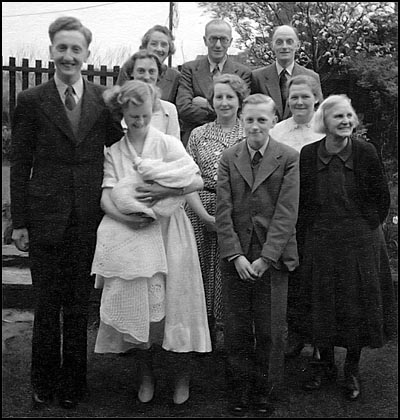 This was taken at my christening, where I ended with the name John David Burke, John after my paternal grandfather and David after Mum's brother - the slightly nervous 14-year-old who looks unsure as to whether to curtsy or not...

Top row: Auntie Cissie - Grandad Burke's sister (she was really called Mary but never used it as she hated people saying it as though it rhymed with "furry"), Grandad Burke, Grandad (Frank Metcalfe).

Middle row: a friend of the family - could be the next door neighbour I think, this is Nanna and Grandad's back garden, Grandma Burke, Nanna

Front row: Dad (Allan Burke), Mum (Evelyne) holding me, Uncle David (I called him "Dowa" as a baby but then when my brother, Frank, came along that proved too hard for him to manage and it got shortened to "Dow" which he still gets called at times), Great-Grandma Mercer.

Grandma Burke and Nanna were both housewives, that is, they spent all day enjoying the best that 1950s gadgetry could provide in the way of helping with household chores and sewing and cooking - which wasn't a lot in those days. I suppose both halves of the family were fairly well off, considering. Both had indoor toilets and bathrooms - by no means did everyone have those things! 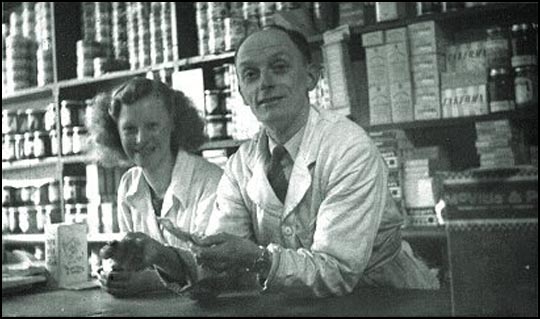 Grandad owned a grocery shop in Rochdale and had a "sit-up-and-beg" Ford Prefect car to deliver weekly grocery orders around the town. More of the shop in another page. 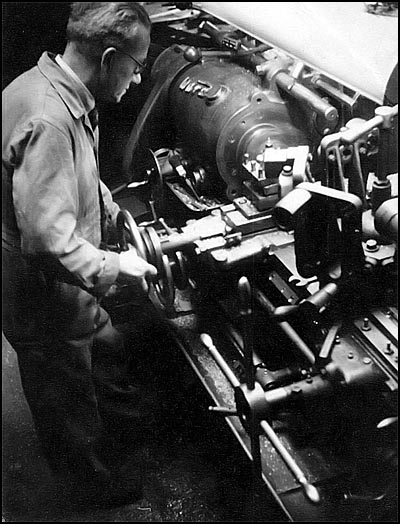 Grandad Burke was an engineer who made carpentry and other tools for a local firm. He had lost the little finger and the one next to it in an accident at work sometime around World War I, which put paid to any dreams he may have had of joining up - though he was in a reserved occupation anyway. Both fingers were non-existent, they had been amputated at the very knuckle of the fist of his right hand. Being smacked by that hand didn't half hurt!

What else sets the scene? There were no fast food shops - fish and chips were the staple of the drunken after-hours set, though at least this had taken over from the ghastly tripe and vinegar of the earlier generation! Queen Elizabeth was getting used to the idea of being Queen, Rochdale was "Home of Gracie Fields", the world's first nuclear submarine was launched, the Cold War was hotting up, Bill Haley released "Rock Around the Clock", Marilyn Monroe married Joe DiMaggio and the Creature from The Black Lagoon popped out at cinema audiences in glorious black and white 3D!

Very few people had telephones in their houses at this time. I only saw them being used on TV and was actually terrified of them as a small child. I remember having nightmares where the sky would go dark and then every time someone somewhere in the street would use a telephone, this gigantic scary face would appear in the sky, scowling down at me whilst talking silently into a telephone. They always seemed just about to "get" me! I had, luckily, grown out of this phase by the time we got our first phone when I was 12...

Return to Family Memories Index
Posted by John Burke at 08:37