Back On Thomson Majesty

Sunday 14 June 2015. In the last entry we had left Mykonos harbour on a local tender boat which took us back to the Thomson Majesty cruise ship anchored in the bay. 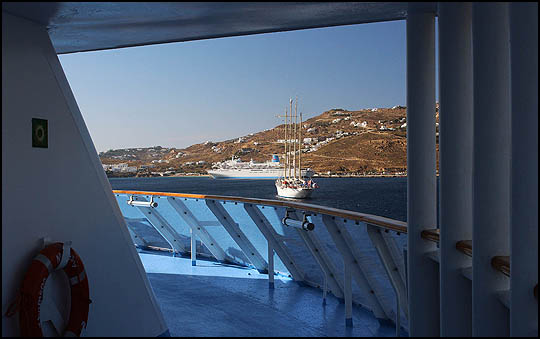 As we take a turn around the Promenade Deck on Deck 7 we near the bow and see that Thomson Spirit has joined us in Mykonos. 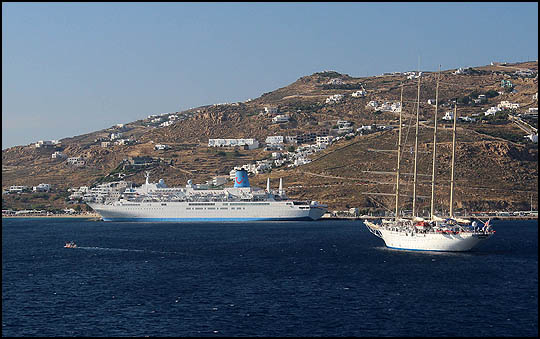 We have twice done cruises on the Spirit. In 2011 we did one called the Adriatic Explorer to Montenegro, Croatia, Slovenia and Venice and then in 2013 we went on her to Norway for the Fjordland Wonders cruise. The entries from both of those cruises are linked in the left hand navigation column. 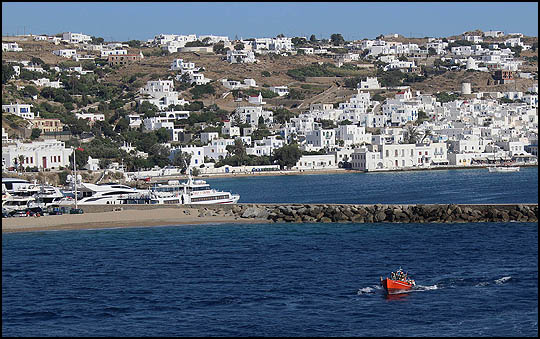 A fishing expedition leaves Mykonos harbour. Look hard and you can spot two of Mykonos's windmills in the photo. One is shorn of its grassy "Beatles mop-top"! 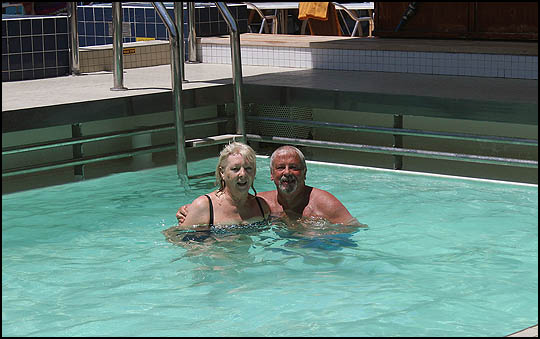 David and Jeannie decide to head for the pool for a quick simmer. David can get out now - looks like he's done... 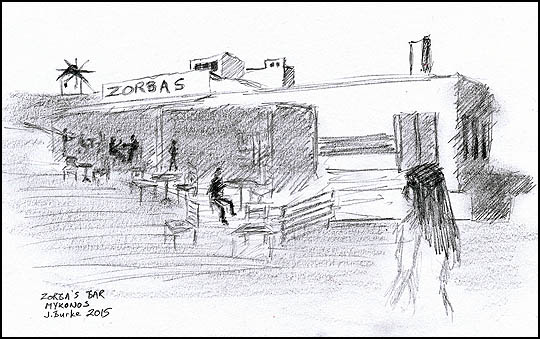 Whilst they are busy performing (there's one bit where Miss Jeannie throws four rubber rings in quick succession and David catches them on his nose - oh wait... no, no I'm thinking of a sealion...) Anyway, whilst they are in the pool Miss Franny and I are sitting with drinkies loaded with ice. Miss Franny is doing puzzles from a book and I am drawing this, using one of the photos from the morning as a reference. All I have is the small screen on the back of the camera hence the lack of minute detail... 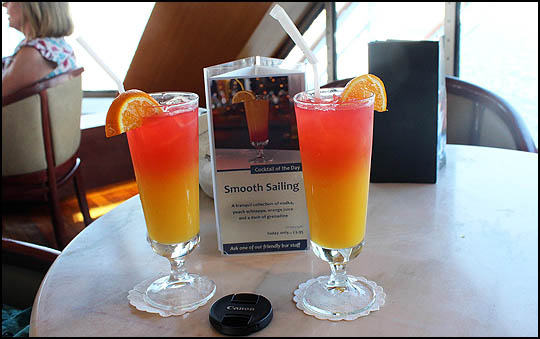 A little later. The Cocktail of the Day is a Smooth Sailing. Vodka, peach schnapps, orange and grenadine. 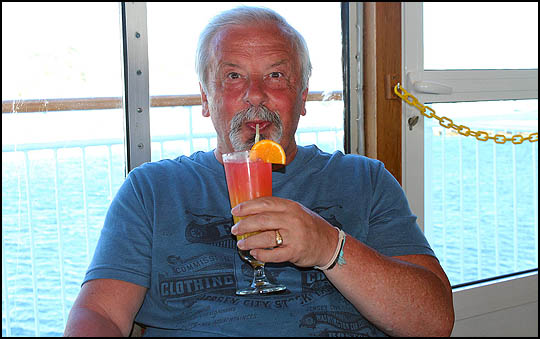 If David had yellow feet I'd know where he got his colouring from! 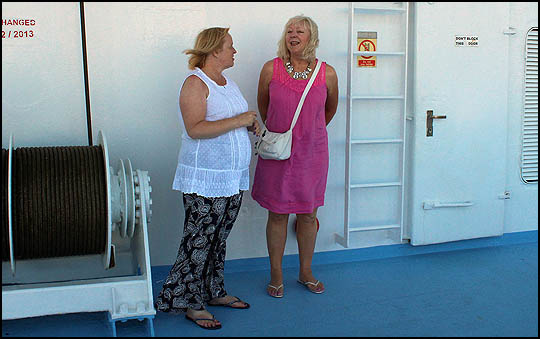 A little later again and we have got changed for our evening meal. We meet up on the Promenade Deck and Fran and Jeannie discuss the workings of the winch... 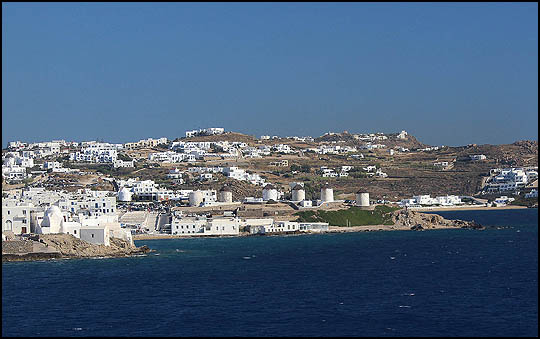 A last look at Mykonos and in this one we can trace our walk of the morning. Thomson Majesty's ship's hooter sounds three blasts and we watch as the coast slides away from us, until the ship's bows swing round and we sail away, bound for Turkey on the eastern side of the Aegean Sea. 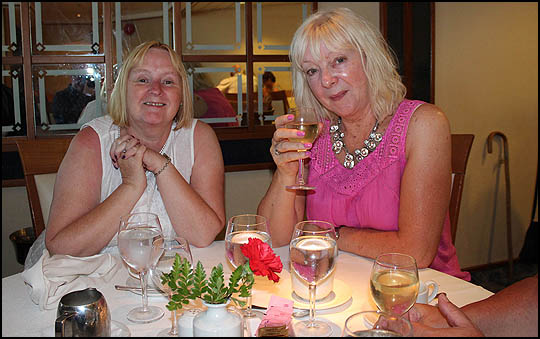 I'm finishing this one with a touch of glamour!