The other day Mum rang up and after the usual family news and so on, said she had been doing a rummage and had found Dad's old cine camera. 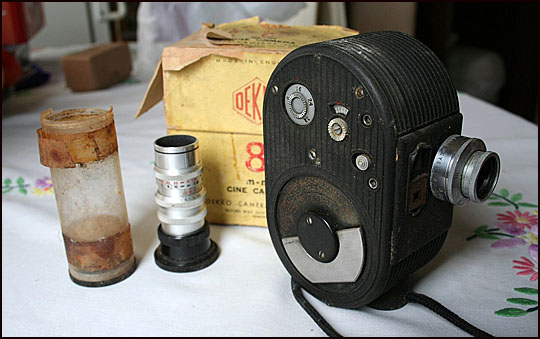 My thoughts went at first to our Super 8 zoom camera but when I went round a couple of days later it turned out to be the old Standard 8 camera he had and made films of me as a baby! 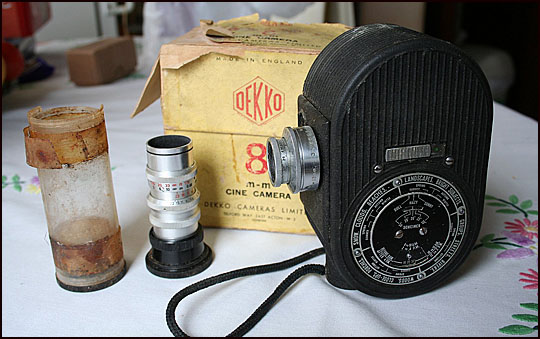 It was a Dekko camera with a clockwork mechanism and he had both telephoto and wide-angle lenses for it besides the standard one. The telephoto lens is shown with here. 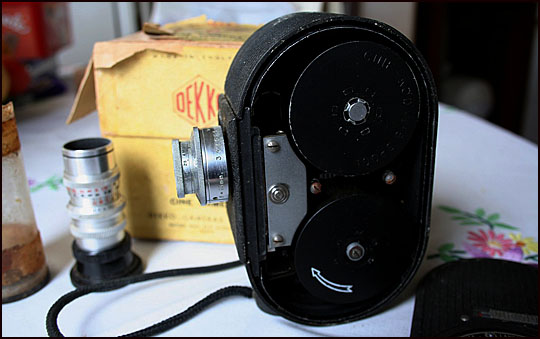 The real surprise came when I opened the back of the camera only to find there was an exposed film in it. The camera took a 25 foot spool of 16mm film but only exposed half the width. When the spool had been used up you reversed it to expose the other half. After the film was processed it was split centrally along its length and the two halves joined to form 50 feet of film lasting approx 4 minutes at 18 frames per second.

Now my problem is - were both sides of the film exposed or just one? And will I be able to get it processed as the odds are for it having been a pre-paid processed film and of course the envelope to send it away has long since been lost! Well, that's my challenge for this next week!

Return to Technology Index Page
Posted by John Burke at 15:44