As you drive into Blackpool on the main road from Preston, or if you leave the M55 motorway at the first Blackpool junction and turn right, you pass a windmill on a green on your left. On the right, not long afterwards are the building that housed ERNIE, the Premium Bonds winning number selector. Behind that building there used to be a large lake called Marton Mere. 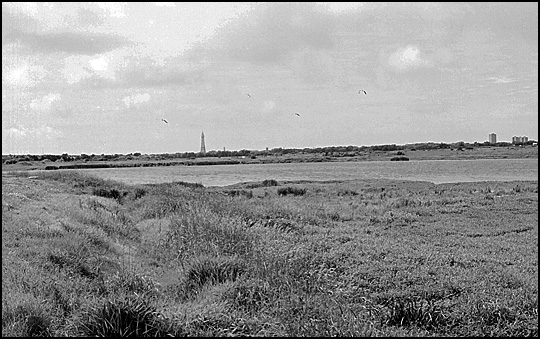 It still exists, although thanks to the Victorian engineers who drained much of the Marton Moss area, the lake is now considerably smaller. It is a peaceful nature reserve, close enough to see Blackpool Tower! The brackish waters that seeped out of the mere, eventually draining into the sea gave Blackpool it's name. Today Marton Moss is home to hundreds of glasshouses and more modern lightweight frames, holding up sheet polythene, beneath which grow tomatoes, lettuce and all sorts of other produce that finds its way to the supermarkets of Britain. 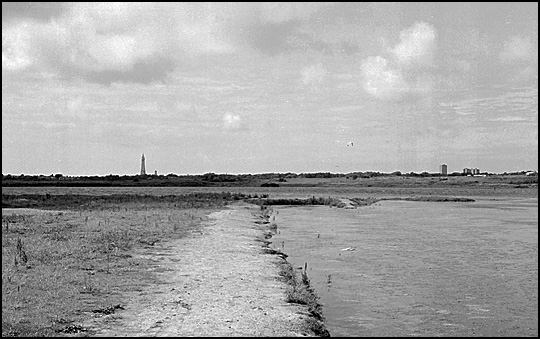 It stretches around the back of the town and to the south to the rear of the airport runway. Many of the original cottages of the Moss still stand, built of duck-stone, named because their shape resembles the body of a duck. The stones were taken from the beach and piled up into walls, mortar and plaster and straw being used to keep them upright. A lot of the roads these cottages stand on are narrow, single-track roads with deep dykes and drainage ditches to either side, better suited to horse-drawn traffic than cars. Standing by the mere on a summer's day is a rewarding experience for nature lovers. There is a vast abundance of tiny moss-flowers that I wouldn't presume to know the names of, and birds wheel and dart, catching the midges and flies hanging in clouds above the water. 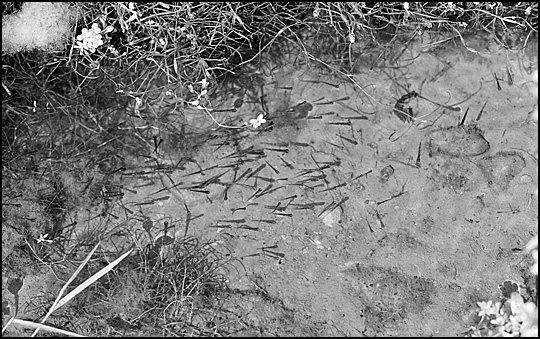 Time your visit well and you may be rewarded by seeing the swarms of fish fry. Only a small percentage will survive to spawn themselves. Marton Mere is a little haven of countryside close to the biggest seaside resort in the UK. If you visit, leave it as peaceful and tranquil as you find it. The photos were taken in 1982.