And I've got the spelling right this time too!

I mentioned the 1960s-70s comedy duo Dailey and Wayne quite a while ago after a relative of Billy Wayne sent me a signed photograph of the pair. 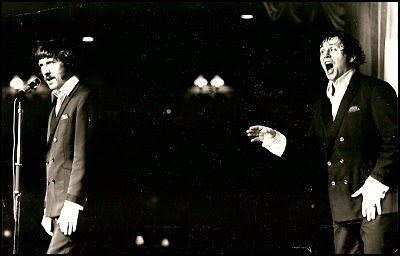 Recently Dinah, the daughter of Pat Dailey has been in touch, leaving a number of comments on the post linked above, but she was also kind enough to send me some fabulous memorabilia on the act some of which I reproduce here with her permission.

Having been brought up in a time when Variety was one of the major types of entertainment, both in live theatre and on television, it always seems a shame to me that some of the great acts I remember - even if only vaguely - are never seen or heard about. Variety now seems to mean half entertainment and half showing people on television solely so we can laugh at their naivety and lack of sense of reality on shows like The X-Factor. It's a cross between the exploitation of the likes of the Jeremy Kyle show and Variety. 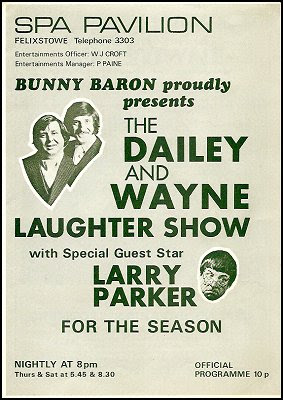 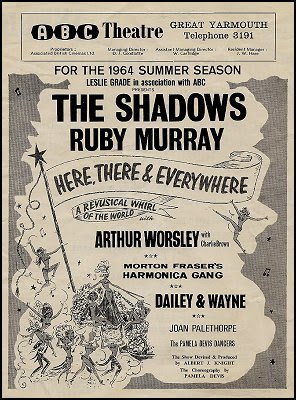 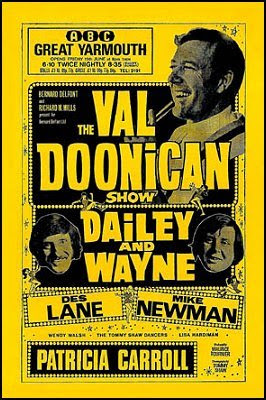 Some of the posters and programme covers Dinah sent were from shows that my parents had taken us to see, such as the one above right, which starred The Shadows at the ABC Theatre in Great Yarmouth in 1964. 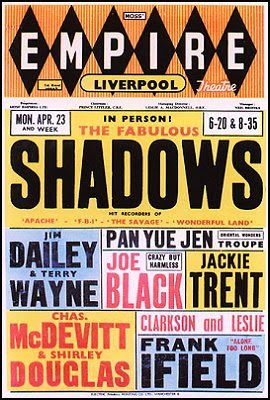 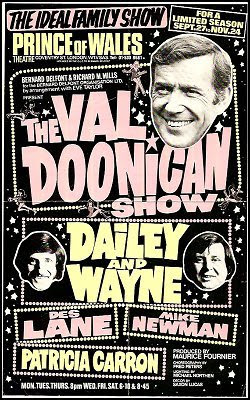 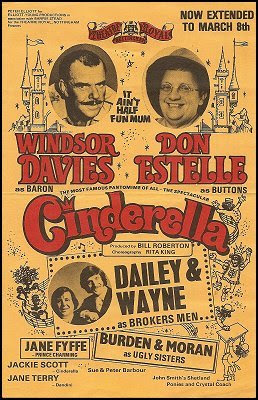 I have a feeling we saw the Val Doonican show at Great Yarmouth too and I remembered with great fondness another show Dinah mentioned - that at the ABC Theatre in Blackpool in 1963 following the theatre's refurbishment and renaming with Cliff Richard as the headlining act. We must have seen that show at least three times that year with various female members of the family swooning...

Pat Dailey is involved in a new website that is currently in development and he and Dinah are involved in charity shows to give artists the experience of some professional productions and a chance to appear at no less than the ultimate starred place on any Variety map - The London Palladium.

So is there any chance of meeting up with Pat and Dinah and having a chat with someone who gave me so much laughter during my childhood that I can remember their names with great affection, even without remembering details of the act? Oh, I do hope so! And dare I wonder whether the world is ready for the band to tread the boards at The Palladium? All will be revealed...
Posted by John Burke at 11:27