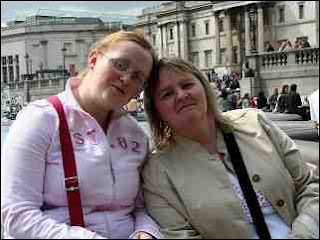 Well I got to London on time - Virgin Trains actually got in a little early although it was a long journey compared to the more usual weekday one! We went via Coventry and all round the houses it seemed.

Met up with Fran and Gill on Trafalgar Square where they were resting their feet and getting splashed by the spray from the fountain every time the wind blew their way. They didn't have a great deal of time with me as they have to get over to Stansted for their flight back. Why oh why are Ryanair stopping their Blackpool/Stansted flights? Doesn't seem to make sense, every time I've been on them they have been very nearly full and over the past few years I've used them quite a bit!

When you consider the cost of train fares if you have to book close to the date of travelling, being able to get a flight and then be in London by 10:00am was brilliant! Even considering the train to and from Stansted-Liverpool St station, it was still less than half the price of Virgin's fare. 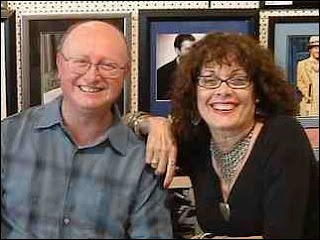 We had a trundle up Regent Street and into the big HMV on Oxford Street where I was delighted to find at last a DVD of "Prehistoric Women", a Hammer film starring the lovely Martine Beswick as a queen of a tribe of women stumbled upon by Michael Latimer. I've met Martine several times over the last few years, she was a Miss Jamaica, a stunning beauty in the 1960s (and not at all hard on the eyes now!) who starred in several of Hammer's films and a couple of Bond films; "From Russia With Love" as a fighting gypsy girl and "Thunderball" as one of Bond's doomed helpers! Anyway, I've never watched this film before so I will enjoy that once I get home again!

A relaxing night in store I think - chance to finish my book, the 10th in Robert Jordan's Wheel of Time series. And yes... I did bring No.11 with me!
Posted by John Burke at 17:34