Sunday 30 September. We drove down to a place called Flixton to an old RAF wartime aerodrome where a collection of aircraft and aircraft parts have been gathered together as a museum of Norfolk's wartime contribution.

On the face of it this place is a retired persons' dream project but they have managed to amass some wonderful machines and create some brilliant displays over the years. 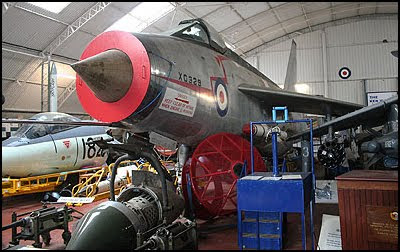 The exhibits are by no means limited to the World Wars either. In fact there are many jet aircraft represented at the museum, many of them displayed outside on grass, but the above photo shows Hangar 1. This is an exciting jumble of aircraft types from all eras. The English Electric Lightning - the "Spitfire of the Sixties" sits next to a Hawker Harrier Jump Jet. Both can be viewed whilst relaxing with a cup of tea in the small cafeteria in the corner of the hangar. 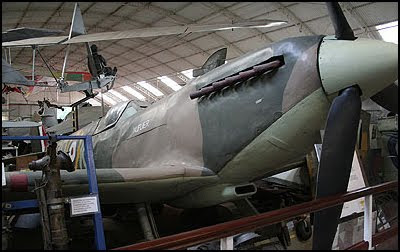 Also in the same hangar is this Spitfire replica. Built for the 1968 motion picture Battle of Britain many of its contemporaries were blown up during filming of German attacks on airfields.

Behind it is the fuselage from a real Spitfire. 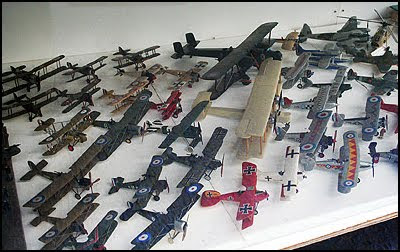 There are loads of display cases full of Airfix and Revell plastic kits, beautifully put together and painted. Like I say, what a retirement project! 'I'm not "playing", dear, I'm making this for the museum.' I must start one near Blackpool when I retire... 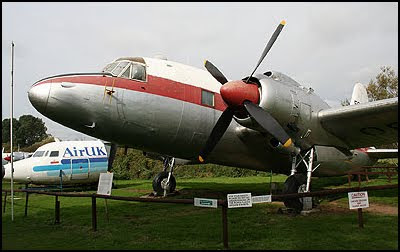 A Vickers Valetta C2. This aircraft used to be open to the public to look round but no longer apparently. I remember the seats were all facing the rear of the aircraft, which was used to ferry VIP passengers about for the RAF. 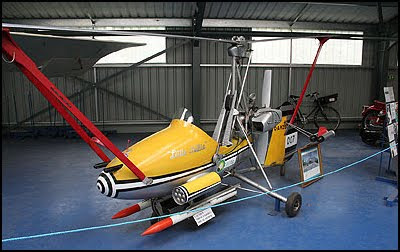 And here was a surprise! Little Nellie the autogyro from the Bond film You Only Live Twice. 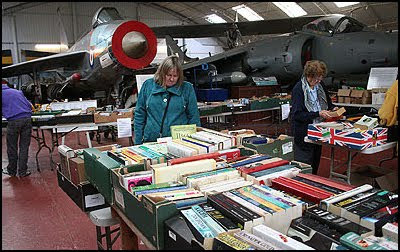 Whilst I was marvelling at all things aeronautical, Miss Franny was filling bags with books from a massive book sale. I even bought one myself!