Old Photographs and a Touch of Glamour

It's been a busy old time! I know you were expecting the next instalment of the long weekend and that will come soon I promise.

This explains some of the stuff I've been spending time on recently. I mentioned a while ago that a new scanner had brought the possibilities of scanning my larger 120 film negatives. These are two and a quarter inches (6cm) square. Therefore they carry the potential for much better quality than 35mm film. 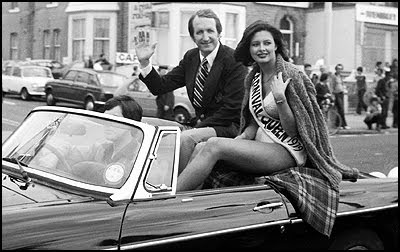 He was taking part in the annual carnival parade along the Promenade and had to put up with being squashed next to that year's Carnival Queen. I'd have stepped in if he hadn't wanted to...

I also mentioned that I'd been given the loan of some old negatives of Blackpool from 1968 and here's a sample. 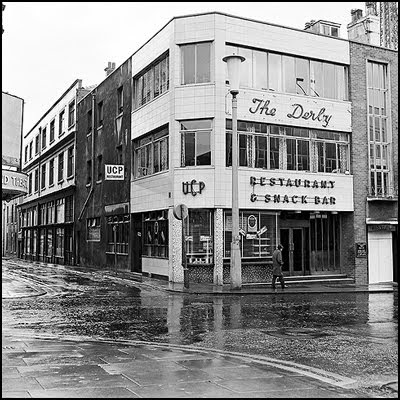 The old UCP shop on the site later taken by Clarkes's Shoes and which is now Nando's (see below). UCP was a chain that once sold that most Lancashire of dishes: tripe. It was once a most commonly eaten dish. Indeed it was a fast food that sold in bulk to men coming home from the pub. Its place in that respect would be overtaken by fish and chips. 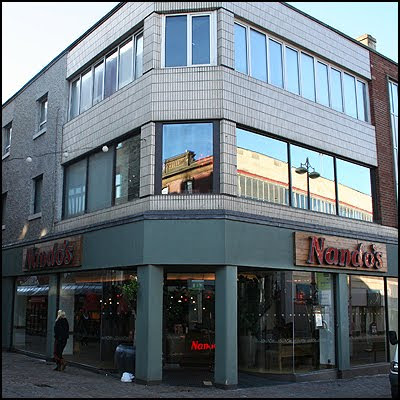 I have it in mind to take photos from the same viewpoint as these old photographs as much as is possible. The centre of Blackpool changed hugely with the building of the Houndshill shopping mall. Streets disappeared. Others were blocked at one end. The properties along Victoria Street were demolished to make way for brand new shops on both sides of the street that narrowed the street considerably. It became a pedestrianised area. 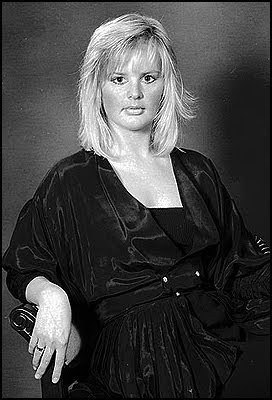 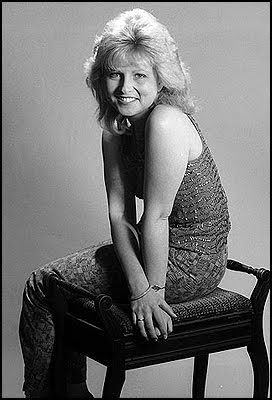 Also in my scanning I have reached a point where I was heavily involved in the Blackpool & Fylde Photographic Society. I tend not to publish portrait photographs, many of which were taken during the second half of the 1980s. Not that they were all of beautiful girls... 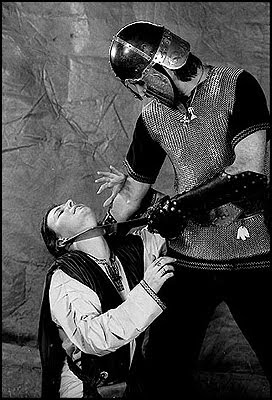 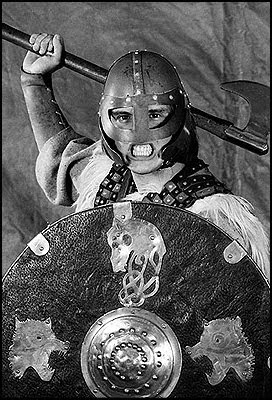 There was murder and mayhem on the night that the local Vikings came to model!