I recently came across a few boxes of large format colour transparencies, shot on 120 film (6x6cm or 2.25x2.25inches). They were shot on a Mamiya C330 twin lens reflex camera that I bought in the early 1970s mainly to take wedding photos with, that being my job at the time.

But I also shot lots of stock photos for magazines etc. The film I used for colour slides was Ektachrome64, rated at 64 ASA or ISO as we would say now. I used to process this myself using Barfen chemicals, which had to be kept at a constant temperature around 40 degrees centigrade, which was achieved by filling the bath with hot water and floating the tank containing the film...

The slides have not fared well. The containers are not airtight and they are heavily contaminated with 30 years worth of dust. I've removed the worst of it but the photos are still not exactly best quality. Short of spending hours on each, they are going to stay that way I'm afraid! 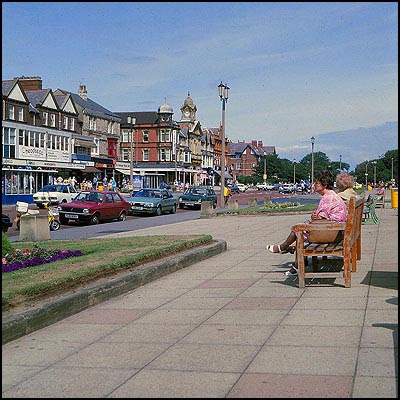 St Annes Road West, the main shopping street of St Annes on Sea just south of Blackpool. When the Lancashire mill workers flocked to Blackpool, the mill owners took their holidays in St Annes and Lytham. So much more refined you know... 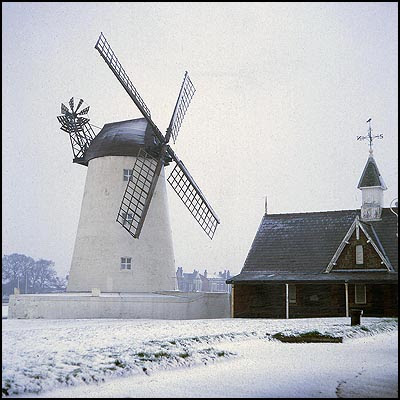 Lytham Windmill in snow. We don't see a lot of snow on the Lancashire coast so shots like these were quite saleable to magazines and I used to make the most of any snowfall we might get, often driving out before the snowploughs had been out. 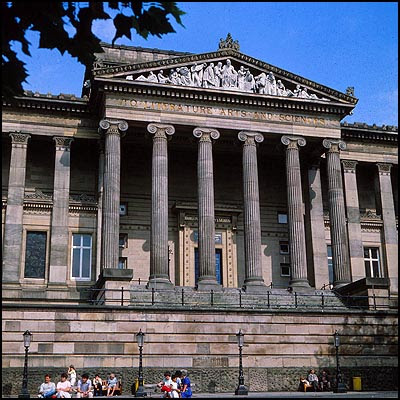 The impressive front of the Harris Library and Museum in Preston. Shots like this often find themselves on the front covers of local magazines, though on this one I haven't left enough space for text to be added without obscuring the columns.