Up the Eiffel Tower 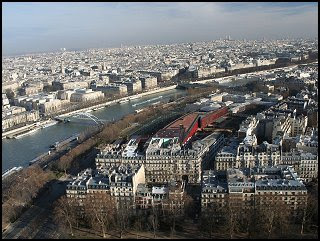 We arrived at the foot of the Eiffel Tower and joined a small queue that was zig-zagging along the railings towards the ticket office.

The ticket office was having no problem at all keeping up with the queue for the lifts. A large party in front had pre-booked so were ignoring it so I nipped up the few steps upon which the Italian couple who had been in front of us decided they too needed tickets.

I waved them forward and he stammered "Gratzi! ...er... merci!" so I showed off a bit of multi-lingual skill.
"Prego!" I grinned and they laughed and then again as I spoke in English to Fran.

The large party were climbing the stairs, which meant single file, so we hadn't long to wait for the lift. We piled in and set off upwards. 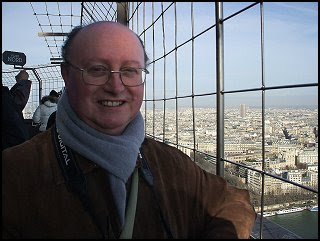 Unfortunately the Eiffel Tower was only open to the second level which meant we couldn't go all the way to the top. But even the second level is 115.75 metres (about 375 feet so not as high as Blackpool Tower!)

High enough for superb views though. And with the brilliant sunshine we made the most of it, picking out the landmark sites. Sacré-Coeur was easy to spot on its hill on the horizon. The golden dome of Les Invalides also was easy to spot and when I swapped my camera lens for the telephoto was stunningly impressive.

It took us quite a while and gave us a bit of fun before we managed to spot the Arc de Triomphe. This was to be our next destination after leaving the Tower and I wanted to walk from there down the straight line along the Champs-Elysée through Le Jardin des Tuileries down through the smaller Arc de Triomphe du Carousel to Le Louvre, the famous museum that houses the art collection including the Mona Lisa.

Before we do that walk, however, let's have a look at a few of these buildings from the Tower! 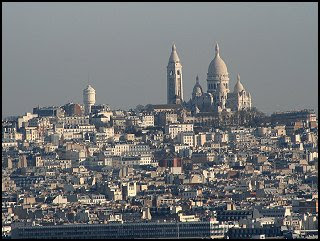 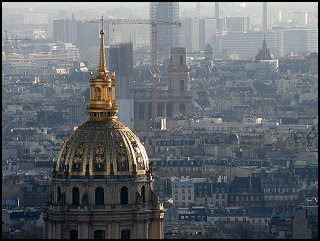 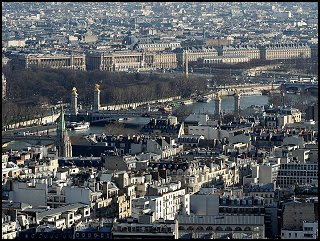 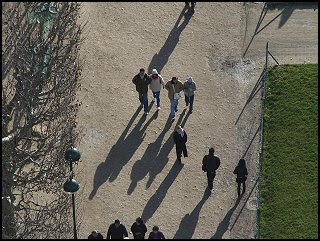 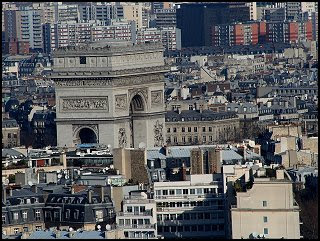