Monday 28 January 2008. After checking into the hotel and unpacking what needed to be unpacked we caught the shuttle bus to the Disney complex. 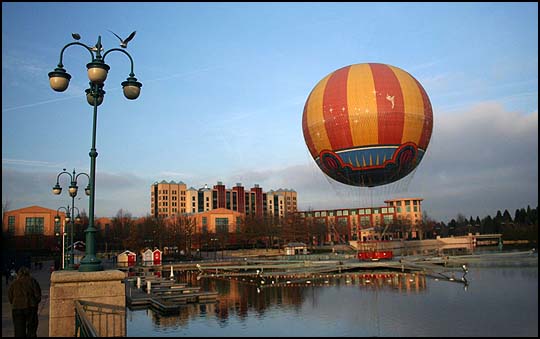 In the centre of the complex is Marne la Vallée railway station and the bus station is just next to it. Then if you imagine four quarters radiating around the centre there is Disneyland in one quarter, Disney Studios in another, the Disney hotels and service area in another and the Disney Village adjacent to the hotel area. 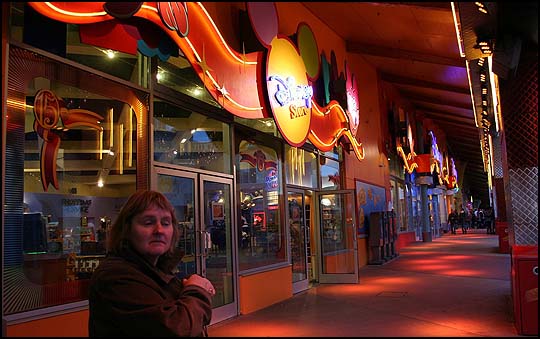 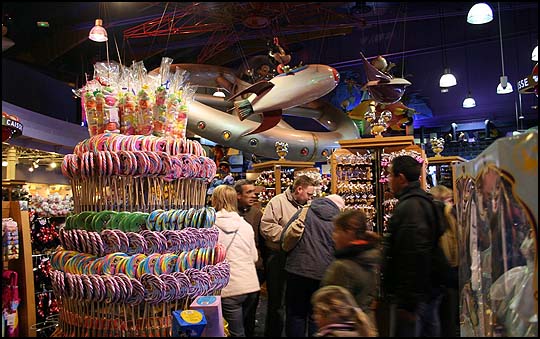 We had been on the go all day and just wanted something to eat that was fairly quick and uncomplicated so we went into Annette's Diner and had a burger meal. Annette's is a fun place and the food was good. The burger I had came with lots of sliced mushrooms and it was cooked a little less than an English or American burger would have been - the French like their steaks medium or even rare and tend to recoil in horror at those who like it well done! The more you cook steak the less tender it gets so I have to agree with them.

Anyway in a burger, there was a tendency for it to fall apart so it was definitely a knife and fork job! There is a steak restaurant, a Bavarian castle themed restaurant and Wild Bill's Wild West Show with music, cowboys and indians, knife throwers and a small herd of buffalo going by the photos. We thought about it one night but decided against it in favour of the steak restaurant. 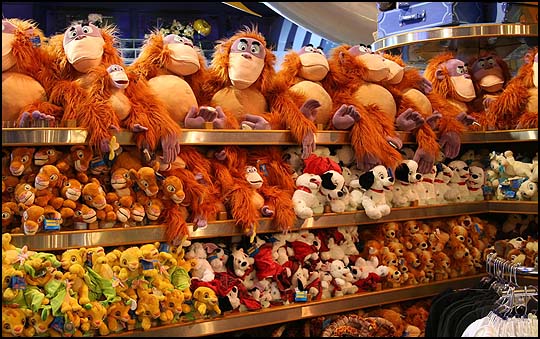 After food it was a look around the shops. It all starts to go hazy after this point and I vaguely remember staggering out once the close proximity to so many soft toys became too much. 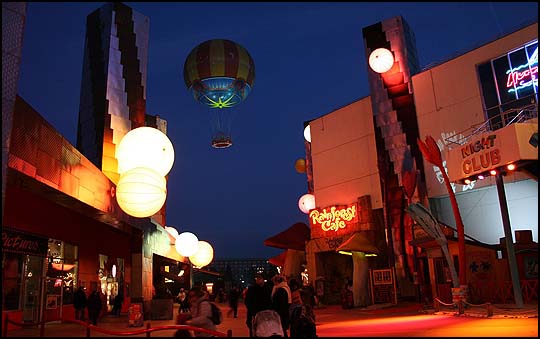 I walked the length of the Village, which doesn't take all that long, and took a few photos. 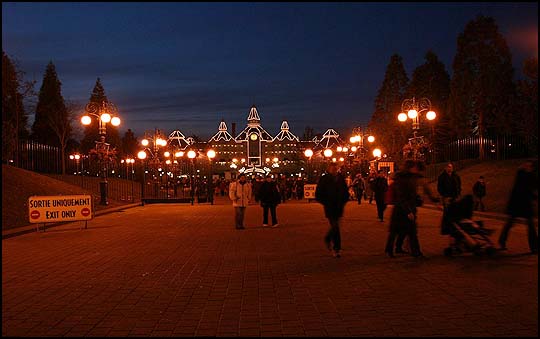 Once Fran had had enough of shopping it was dark and cold and we walked down to have a look through the gates at the two parks (they close at 6 o'clock during the winter) and made our way back to the bus station to catch the shuttle back to our hotel. We had decided that the next day would be spent in the Disney Studios. 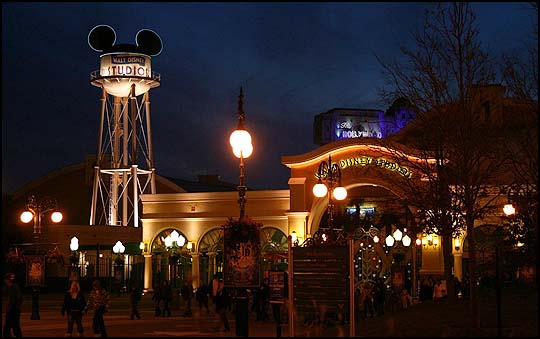