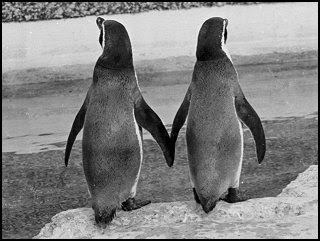 The photo was taken in September 1982 at Blackpool Zoo and from the time I uploaded it to Flickr has been a favourite with viewers. I uploaded it on 12 January 2007 and so far it has had 43 people flag it as a favourite and it's also my most commented on photo.