The Wrong Song in Kotor, Montenegro

Saturday, 13 August 2011. Normally the first day of a cruise would be a day at sea. This allows passengers to get accustomed to any motion that there may be and also provides time for the lifeboat drill which is required by law within 24 hours of boarding a ship. All passengers are required to attend. 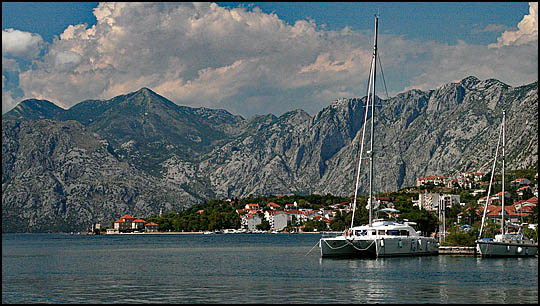 On the Adriatic Explorer however we have a port visit - Kotor in Montenegro - to look forward to. To accommodate the lifeboat drill we will arrive at lunchtime and sail away a bit later at 11:00pm. So a second day where we have a chance to see somewhere after dark! To approach Kotor we have to sail along what they call the deepest fjord in southern Europe. It is some 28 kilometres long and as I hadn't realised we weren't sailing until after dark, I stuck my nose in a book on the sun deck and ignored it entirely... Duh... The bits I did see - and we were in it a long time - were spectacular! It is our first visit to Montenegro. All day long the song Montego Bay is going through my head even though it's about a totally different country on the other side of the world and the word "Montenegro" does not fit into the same space as "Montego"... 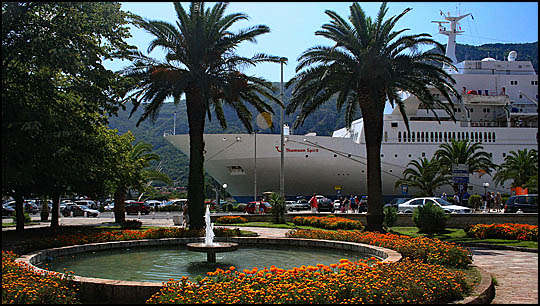 The Thomson Spirit moors right outside the city walls. Just a short walk is all we need to be into the city. 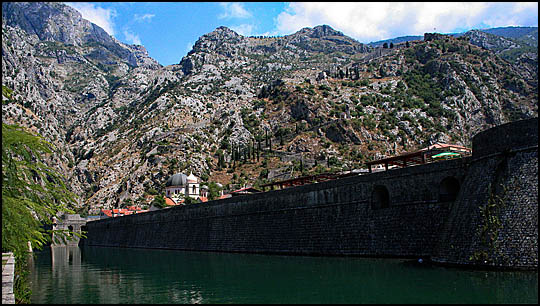 Kotor is a medieval walled city with earlier roots. It is a UNESCO World Heritage Site. 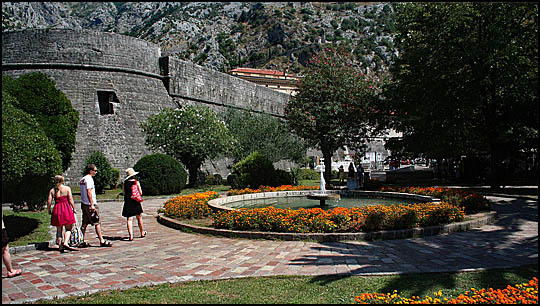 At first we follow the walls around to our left, but very quickly we find we are heading for the modern part of town! So we retrace our steps along the wall towards the nearest gate into the city. 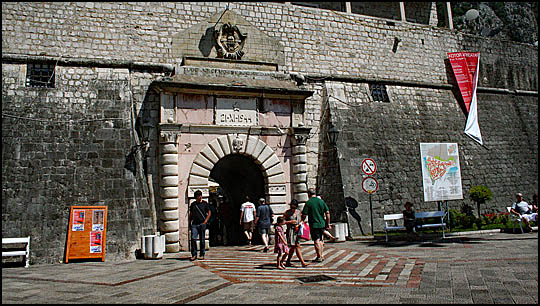 This is it. Literally a five minute walk from the ship by the direct route! 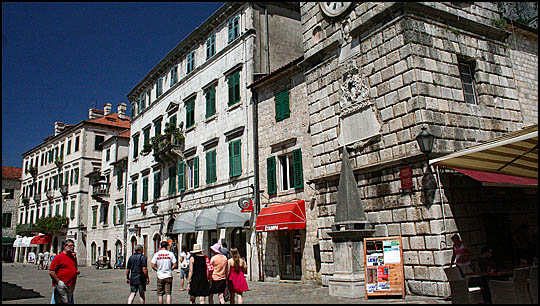 It brings us to the main square of Kotor. From here streets and alleys lead off in all directions. 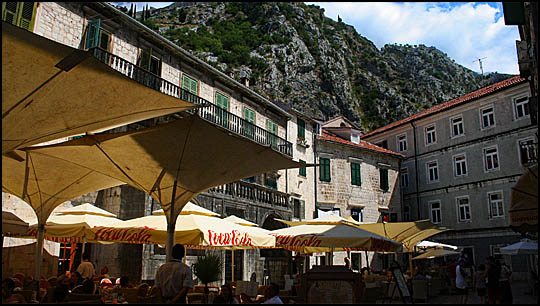 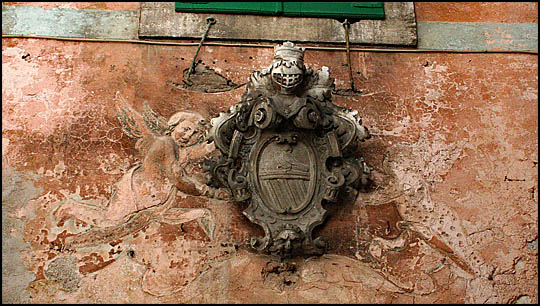 Here and there are wall sculptures. They are dotted about the city. In fact, the right hand winged cherubim here seems to have been dotted with bullets... 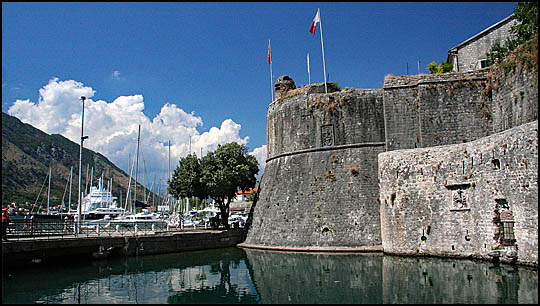 Kotor is a delight of narrow alleyways, very worn marble paving and cobbled squares, surrounded by ancient palaces and churches. Scrawny cats stalk the alleyways that were made so that even two donkeys would have to be skinny to pass each other! We come out at one side of the city wall and at what seems to be a pond. 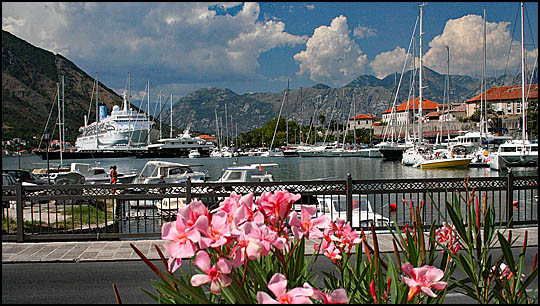 On closer examination though it is the water of the fjord. The roadway is bridged over it at this point. It no doubt allowed the city's folk to fish from the walls in times of siege. 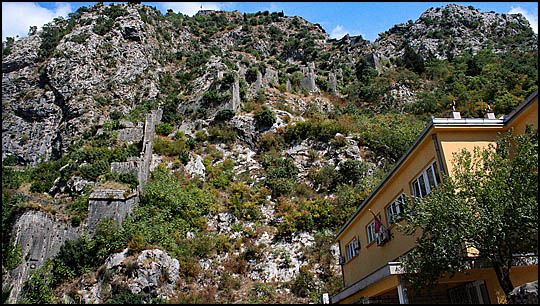 The walls run up an almost sheer mountainside to a fortress far above us. The walls meld into the mountainside. Come dark we will see them far more easily so we'll have a look at them on the next page. 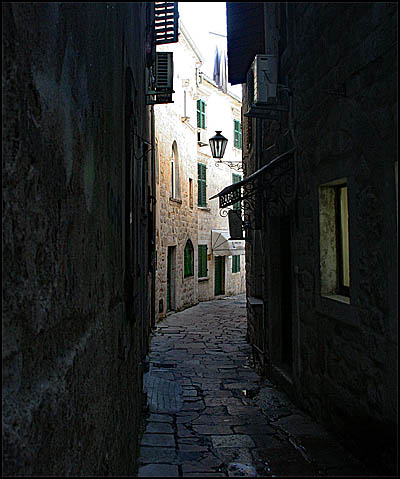 We head back into the city and spend some time exploring the alleys and narrow streets. 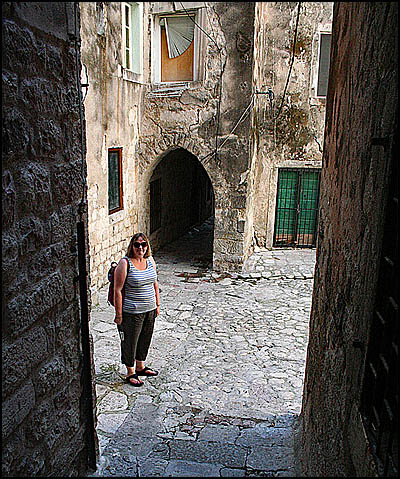 Back on the ship we head up to the Horizons Bar where the irrepressible Aiza is practicing the phrases taught to her by some Geordies last week: "Why-aye man! Cheeky booger...." Priceless!