Last Day of the Adriatic Explorer

Thursday, 18 August 2011. The Thomson Spirit arrives into Gruz, the port for the Croatian city of Dubrovnik. 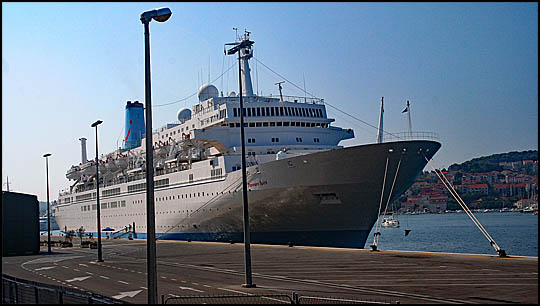 As it's our last day we'll have a last look at the ship itself! Once again we have decided not to go on an arranged excursion. This means for the first time ever we have done an entire cruise without paying for excursions! Dubrovnik is an hour's walk apparently. We'll set off and see where we get to! 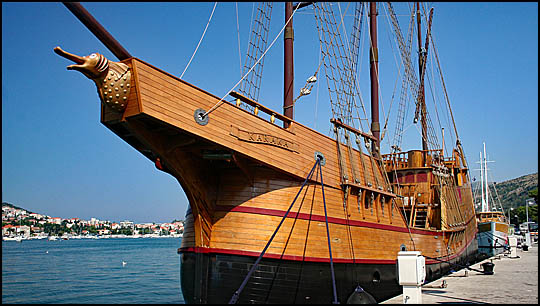 The last time we were in this port, there was a lot of building work going on to extend the wharf. We are docked on a bit that didn't exist the last time and we have to walk the length of the harbour. 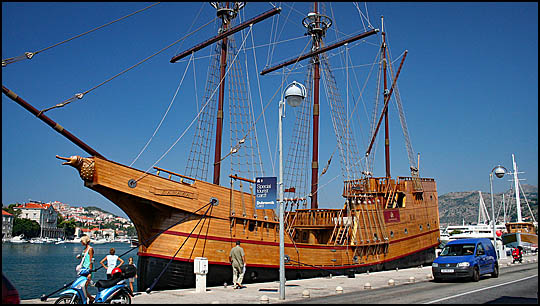 Halfway down we come to this excellent replica galleon, the Karaka. Well, it's not a galleon apparently, but a replica of a 16th century carrack. I suspect they weren't fitted with the same sort of luxuries in the 1500s somehow, but it certainly looked wonderful and you can find out more on the Karaka website complete with some beautiful photos of her under sail. 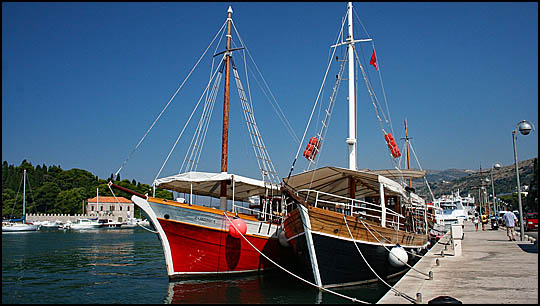 We walked all the way to the end of the harbour and there found that the street signs for Dubrovnik were a little open to interpretation... Our map that we had picked up didn't help as the harbour was too far away from Dubrovnik to be shown. 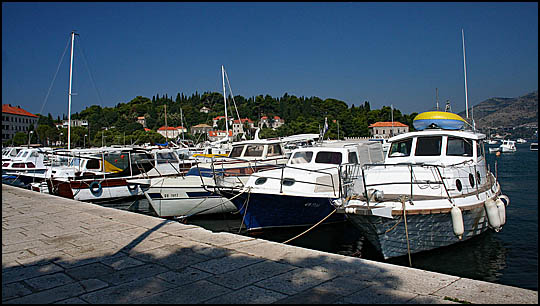 There was a peninsular heading back on the other side of the harbour for as far as we had walked already and more and I suspected Dubrovnik was probably on the other side of it. Taking the short cut over the peninsular instead of round it looked as though it involved one hell of a climb! Besides... it was very nice on the harbourside! We sat on a bench and watched what there was to watch for half an hour and then ambled back up to the ship. (Maybe as well - I was wrong about Dubrovnik being over the hill - it was along the road in the same direction we had been walking.) 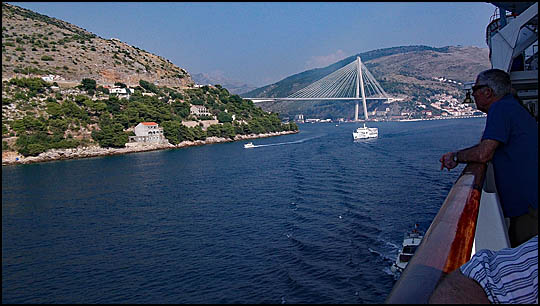 That's twice I've been to Gruz and not been into Dubrovnik... Ah well! Third time may prove to be lucky! We sail out at 5:00pm, heading out through the channels and islands and past the suspension bridge over the river. 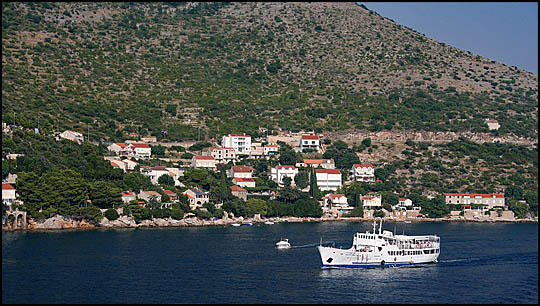 The large ferries were nowhere to be seen here. Just an older small steamer heading across to one of the islands. We ate once more in the Compass Rose restaurant where Thomas and Fred were watching out for us, to wave us into our chairs. 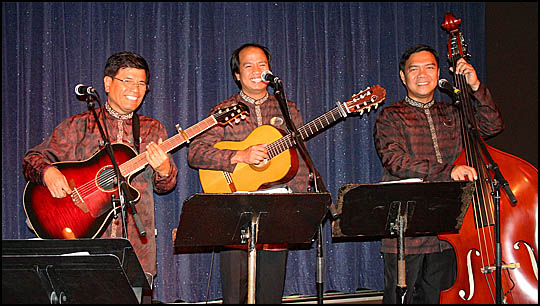 Then we headed for the Horizons Bar where the harmony group New Dimension were playing their usual ballads. "Is it rock and roll night tonight?" I asked as I walked in. I'd asked this about three nights running and it had become a standing joke. However tonight they went into a conflab for a while and then - Blue Suede Shoes!!! Who would have guessed! They all laughed as I got up and salaamed them.