Saturday, 13 August 2011. We are still in Kotor, Montenegro, 28 kilometres from the Adriatic Sea up the deepest fjord in southern Europe. 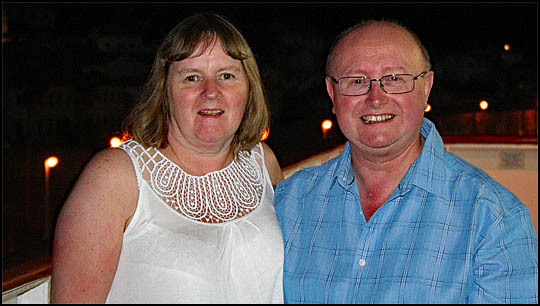 We are standing on the Promenade Deck of the Thomson Spirit cruise ship, waiting to sail out of Montenegro and back down the fjord to the sea. As darkness falls the ancient city of Kotor comes alive - so much so that the full car park below us on the wharf has a long stream of cars queueing to get in. They each must wait until another car leaves. 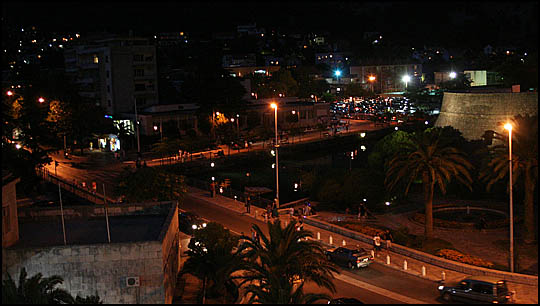 Many of the cars are bringing people who have come to watch us sail. There's a sizeable number of people ready to wave at every slightest movement. It's still a very warm night and we wave back as the ship's crew continue their preparations to leave. 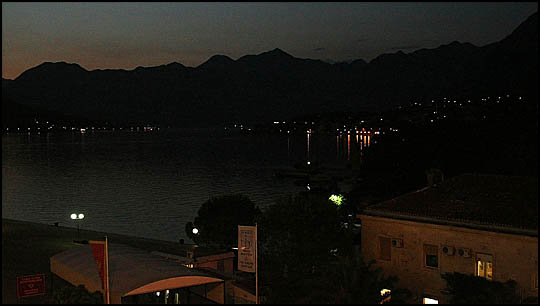 It's already quite dark, just a hint of a glow in the sky. There won't be much to see on our way down the fjord once we pass the lights of the last town. 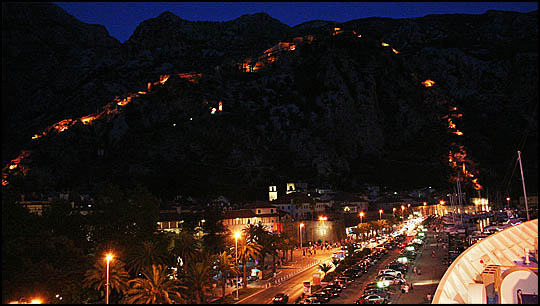 The city walls that earlier had blended in with the mountainside which they climb, now stand out in floodlighting, showing just how high above the main city they reach. A crowd is now standing close to the gates to the dock area, waiting to see the ship leave the port. Young couples, older couples, entire families... they all stand or sit looking expectantly upwards. Then the startlingly loud blast on the ship's hooter. No wonder they are all out here with their kids - no one would have slept through that! 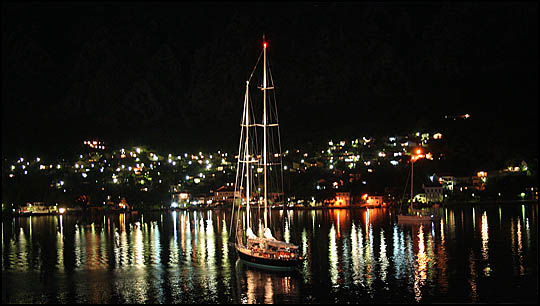 The crowd of people start to wave at the few of us who have come out to watch our own departure. "Goodbye! Don't forget to write!" Actually I don't speak Montenegrin... It could have been "You bastards! You woke the baby!" One chap looked slightly apologetic at the rail. Hmmm - maybe it had been "You bastard! You left me with a baby!!!" The ship moves away from the dock, turns slowly, then starts off down the fjord. We pass a few ferries, lots of small boats and a yacht, swinging slowly to its mooring. 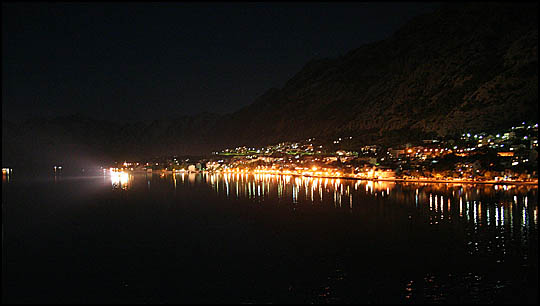 As we move away from Kotor the lights dwindle until there are just a few houses here and there along the fjord's bank. There is not enough light to take photographs of the scenery by and we move towards the back of the ship. 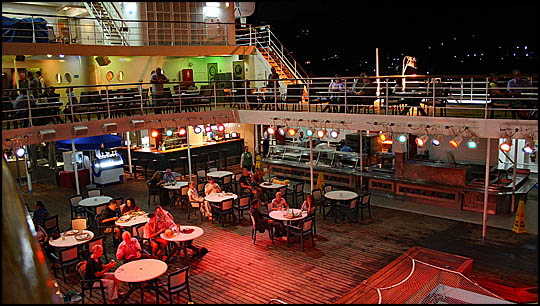 From the rear of the Promenade Deck we stop to overlook the Lido Deck where people are enjoying a late dinner or snack and a drink. 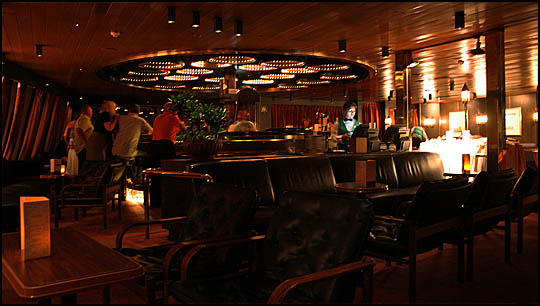 We then climb up a few decks to Horizons Bar for a drink and to listen to the vocal harmony group, New Dimensions. We'll meet them properly later in the week. 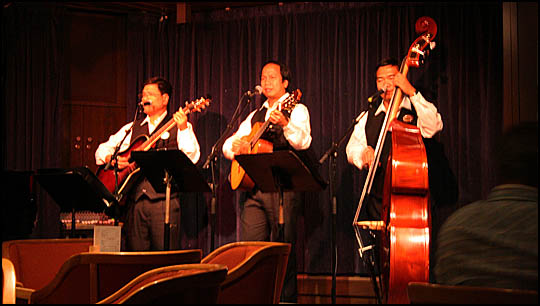 It would be easy to drink yourself into stupefaction on a cruise ship - plenty actually do. Others set foot on the boat already pretty stupid... I'm not a good drunk. I have a short spell of feeling merry but, let's face it, most people wouldn't tell the difference anyway and then I just feel ill and fall over... Not good. I don't do it. People tell me they'd love to see me drunk but I'd just aim for them if they got me that way... So after a giddy pint, we finish our evening on the Lido Deck with a sedate coffee. The next day is our day at sea so in our next entry we will have travelled all the way up the Adriatic to call in at the top right hand corner into Koper in Slovenia.