An early driving game from the 1950s or early 1960s by Williams. Road Racer had a small model car on a rolling drum which had a road painted onto it. 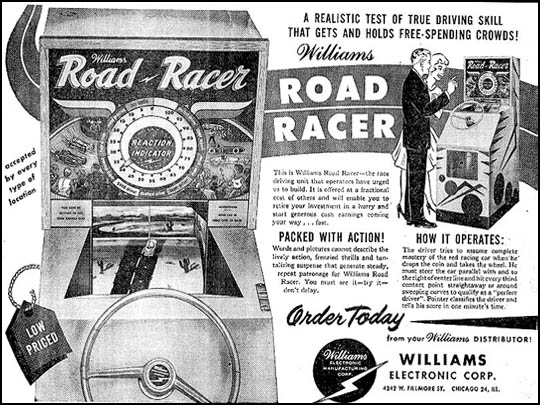 The car had to be steered along the road as the drum rotated, passing over the correct contact points to score highly on the speedometer-like scoreboard. "Accepted by every type of location" it says on the flyer - points don't mean prizes with this game so it could be placed in sites which did not have a gambling licence. 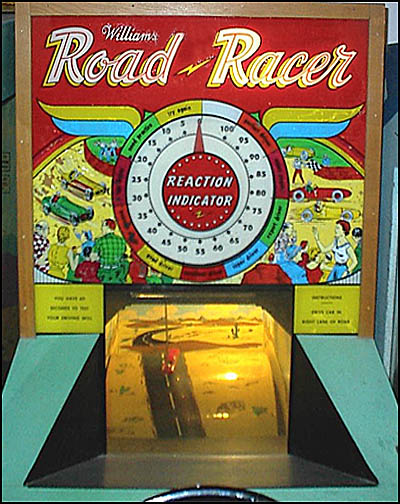 This was one of many driving games I remember from Blackpool arcades. Another simulated driving at 100mph at night where bends in the road ahead could only be seen at the last second, testing the driver's reactions. It was to be a while before they came with foot pedals, gear levers and seats!