After having been to see Blackpool's sea defence and Promenade widening works yesterday, today I thought we'd go and have a look at what they are doing at Cleveleys, just up the coast. 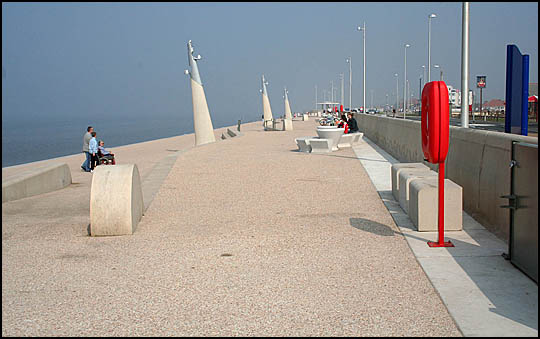 It's a somewhat similar story, although they haven't widened the Promenade all that much. They have certainly added a few feet of height though, the Promenade walk is now several feet above the road surface and requires a safety wall which has waterproof gates at the points at which you can descend to the roadway. 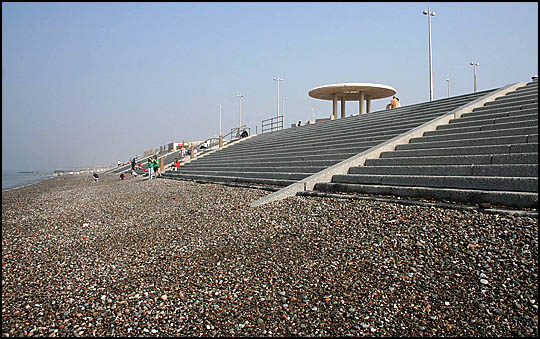 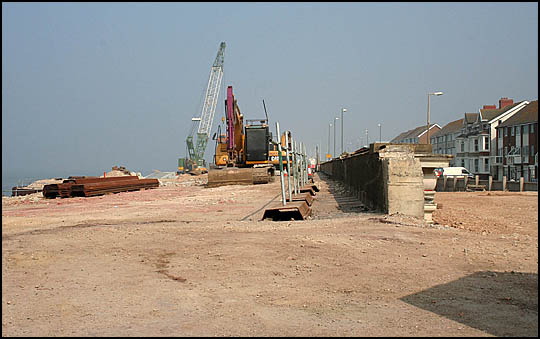 The kiddie's funfair at the end of Victoria Road West has gone and the ground level raised almost to the top of the wall that used to act as a backdrop. Whether rising tides and sea levels are to do with global warming or not, someone is taking the risk seriously! 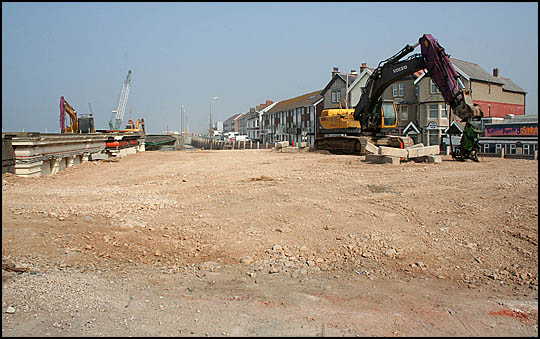 It reminded me that the new tram track at Blackpool's South Shore where I took yesterday's photographs has been raised up a foot or so. Will the level of the new Promenade, when finished, be higher than before at Blackpool?