It's turned unexpectedly sunny in Blackpool, so I dragged myself away from the computer and clipped the pedometer to my belt and forced myself to clock up my 10,000 steps for the day along the Promenade. 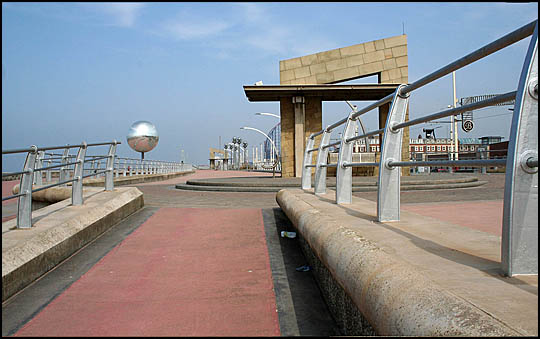 At the moment the Promenade is being widened as part of the general upgrade of the sea defences. You can't help but be impressed with the scale of the project. But given that Blackpool's Promenade was perhaps the greatest slab of concrete in the country already and had been getting less and less crowded over the past few years, did it need to be made any bigger? 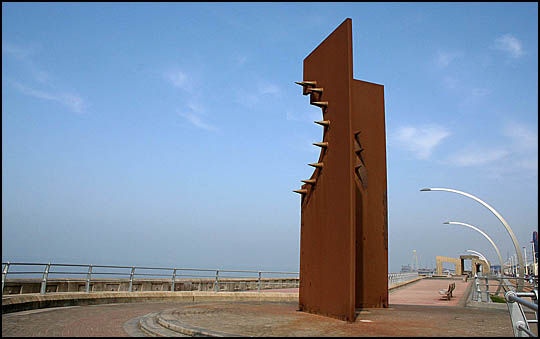 It's what will be put on it that will make or break it. The kiosks on the Promenade near the town centre were only allowed to sell "quality products" - i.e. the sort of things that people went into town to buy, not to a kiosk on the Prom. I have to say that the walk along the Promenade from south shore didn't raise my hopes too much. I'd had to go all that way down to the Solarium past the Pleasure Beach and then turn off the Prom to park for free - the dreaded pay and display machines are almost everywhere now. They don't give change, they don't accept paper money, they don't accept credit cards and you have to decide on parking how long you will stay. There's no refund if your kids upchuck on the Pleasure Beach and you have to go home early!

I walked past some of the new sculptures. Not sure what they are supposed to be but it's probably art so I don't need to know and the fact that I even ask marks me down as someone who "doesn't understand". Anyway the huge slabs with the hole in and the huge metal studs has now gone rusty - sorry... it's acquired a patina. Parents make sure your kids don't brush against it or the patina will have the skin off their legs... 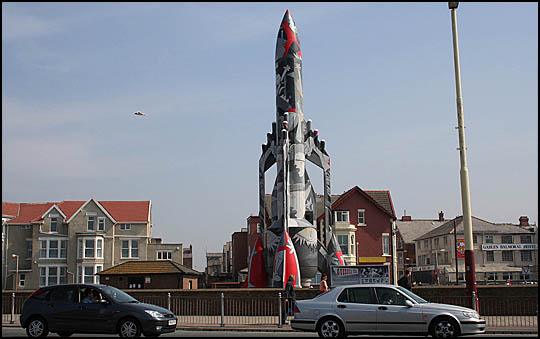 Then I walked past the large scale model of Thunderbird 3. Kids of all ages used to see the bright red spaceship and immediately recognise it. Great fun! However someone in dire need of a lobotomy decided it would be a good idea to paint it with Picasso's "Guernica". A great improvement don't you think? No... neither do I... Mixing two design classics together doesn't always lead to an improvement - cross a chicken with a waitress and you will not get a hen that can lay tables... 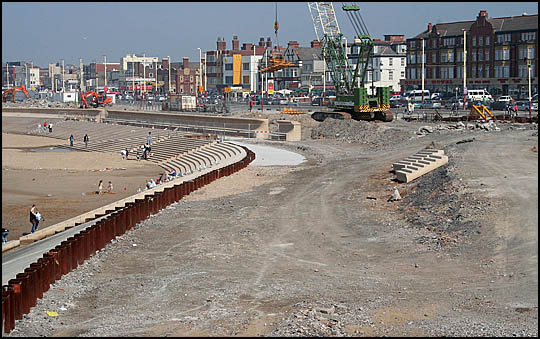 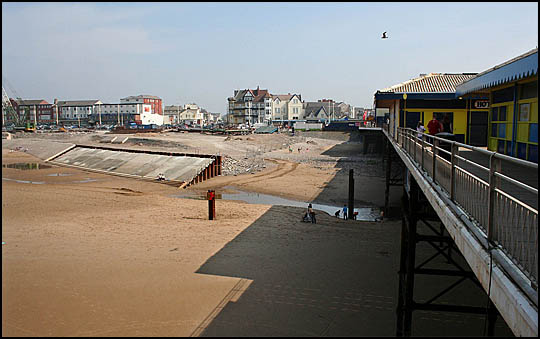 The amount of land being reclaimed from the sea (it covers the beach entirely twice a day) is staggering. There will be land stretching fully one third of the way down the pier! 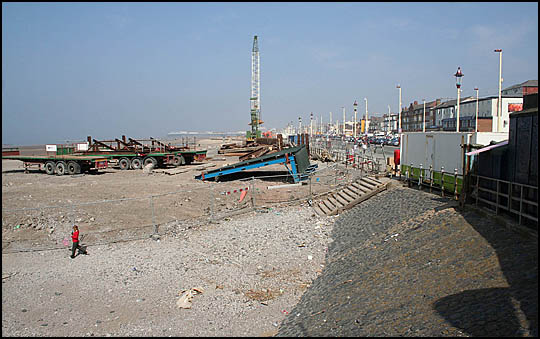 Admittedly, at the moment it looks a bit of a mess and I suspect will look a mess at one part or other of the Promenade until the work finishes in 2012 (fingers crossed!) It's ambitious certainly. Let's hope I can rave about it in five years time rather than rant about it!

Return to Blackpool Promenade and Beach Index Page
Posted by John Burke at 16:28