We Drop In To Beachy Head

Wednesday, 5 June 2019. We had tried to visit Beachy Head the previous night as it was literally about five minutes' drive away from the hotel. However it was shrouded in cloud and was so foggy that I turned round in a farm entrance and we came back down the hill. 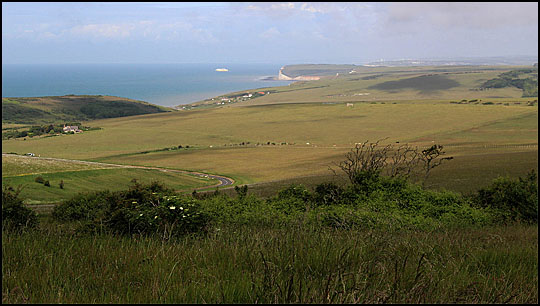 So, a new day and a fresh start! A ferry is emerging from somewhere behind the white cliffs which are the famous Seven Sisters. We pass a few car parks and find the closest one to the spot. It may only be a pit of gravel at the side of the road but it does, but of course, have a ticket machine. We pay for an hour's stay and climb a small hill to find this view. 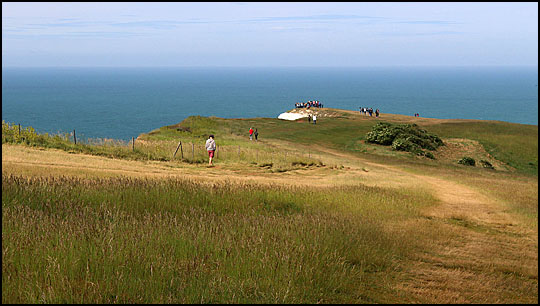 Beachy Head itself is easily identified by the crowd of people perched on top. I was surprised that on the approach and on top of the headland itself there is no fencing at all. The place, you have to admit, is very lemming friendly... 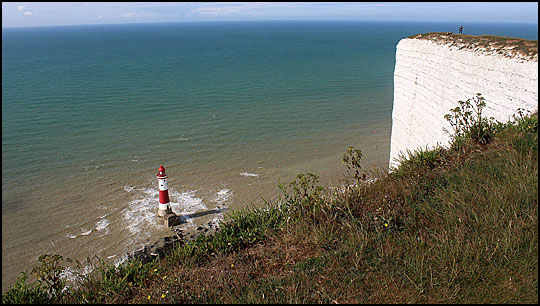 The lighthouse is far below. If you want to visit there is only the one obvious route from here - off the cliff edge which is a vertical drop of around 350 feet. It is, apparently, the third most popular spot for suicides in the world after the Golden Gate Bridge in San Francisco and the Aokigahara Forest on the flanks of Mount Fuji, Japan. 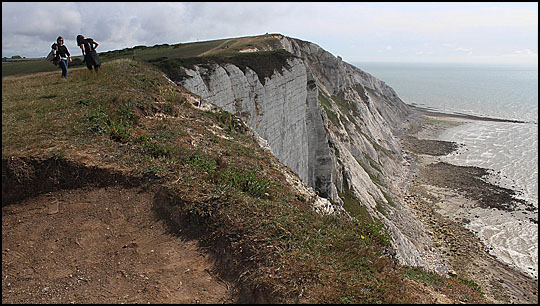 Judging from some of the antics we saw, there must be quite a few accidents as well occurring to people who think it wise to be photographed on the very brink. The name Beachy Head has nothing to do with the word "beach" as it was recorded as "Beauchef" in 1274, "beau chef" being "beautiful headland" in French. Corrupted by stages, it became consistently "Beachy Head" by 1724. 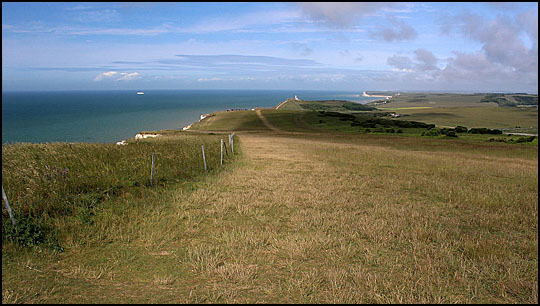 We are only parked for an hour so we take a last look westwards along the coast and set off back towards the car. It will be a day of bits and pieces. Next stop is a rather tall chap wielding two large sticks...

Return to Eastbourne and Sussex Index
Posted by John Burke at 14:59